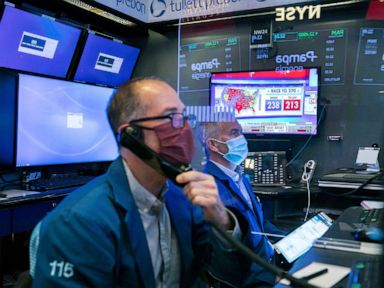 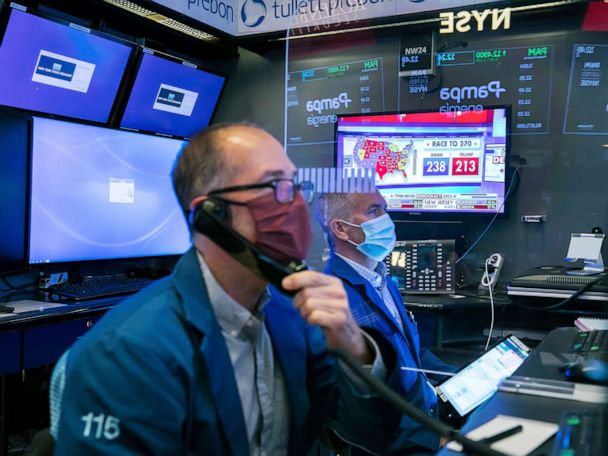 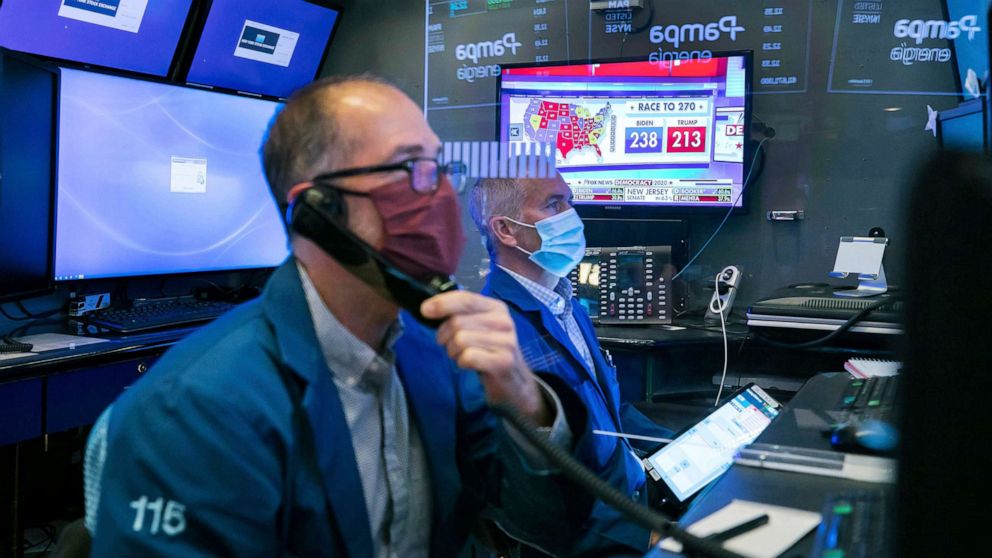 Despite days of uncertainty surrounding a tight presidential race that remains too close to call, U.S. stocks have soared over election week — with many pinning the gains on the prospect of a divided government.

The Dow Jones Industrial Average climbed 542 points, or approximately 2%, on Thursday, by the time markets closed, adding to a rally that started on Monday. The S&P 500 spiked 2% Thursday and the Nasdaq closed up by 2.6%.

Many experts are pinning the recent rally not to the pending results of the presidential vote, but to dashed expectations of a blue wave taking over the Senate.

For investors, a split government with the Senate remaining Republican-controlled and the House remaining Democrat-controlled means drastic changes (or Joe Biden’s proposed corporate tax hikes) will likely be blocked or watered down.

“If you have a concentration of power, if it all goes to one party, then this party has the ability to do one thing and you have less checks and balances,” Itay Goldstein, a professor of finance and economics at the University of Pennsylvania’s Wharton School of Business, told ABC News. “If it’s divided, then you get more stability and more assurances that it’s not going to go in any extreme way.”

If Biden does win the election and Republicans do maintain control of the Senate, “this split of a Democratic president and a Republican Senate can bring more stability, and this is what the market was reacting to,” Goldstein added.

Mark Hamrick, the senior economic analyst for Bankrate, also noted that this week’s rally is coming off a decline last week.

“We’ve seen volatility working both ways, so it’s important to view that in that context,” he told ABC News.

“The traditional take on politics in the market, whether it’s justified or not, is that investors tend to embrace some degree of a divided government,” Hamrick added. “From a policy standpoint, that means it can be harder to get legislation through, but investors view that from the prism of being able to distance themselves from big changes in policy.”

In this case, a Republican-controlled Senate will likely “serve as a restraint on more aggressive legislation that Democrats might have been willing to embrace,” Hamrick added.

Scott Yonker, an associate professor of finance at Cornell University’s S.C. Johnson College of Business, echoed that sentiment, saying a divided government seems welcome to investors because it would keep corporate taxes down — something the Biden campaign hoped to raise.

“That was a bit of a surprise,” he noted. “The prediction was that the Democrats were going to take both the House and the Senate, so seeing the divided government would be good from an investing perspective.”

“The other expectation that was pretty prevalent was that there was going to be violence around the election; that hasn’t happened,” he added. “I think the process has gone a lot better than what people have expected; that also might be a reason for the rally as well.”

Yonker, however, cautioned against the popular rhetoric that just because the stock market is rising, the economy is doing well for all. And if it’s rising on investor optimism that corporate taxes won’t increase, the percentage of the population that celebrates those gains becomes even smaller.

“People who are invested in the stock market and are wealthy, they really benefit from the market going up, but most people don’t even participate in the stock market, so they’re not seeing any of this growth,” he said. “When taxes are lowered on corporations, all that money goes to shareholders. If you’re not a shareholder, you’re not getting that.”

Hamrick said this disconnect is especially salient in the COVID-19 financial crisis, where uneven recoveries have already become the norm.

“I would say that unquestionably many Americans feels disconnected from the success of the stock market rally,” he said. “And that is a function to some degree of the K-shaped recovery.”

Fri Nov 6 , 2020
Quick Take A bogus QAnon-related claim that many of the mail-in ballots for the Nov. 3 election were illegitimate has spread widely on social media. But the claim is based on the faulty assumption that ballots are produced by the federal government. Full Story On the second day without a […] 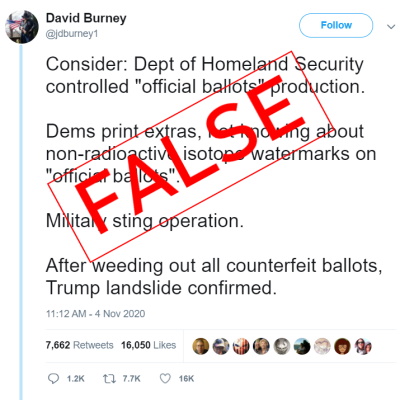