“Apple’s earnings report was breathtaking,” said Andrew Smith, chief investment strategist, Delos Capital Advisors. “Double-digit revenue growth during a quarter which saw most of the U.S. economy shutdown is remarkable. This earnings report shows that Apple is firing on all cylinders. Apple’s stock crossed the symbolic $400 a share threshold in after-hours trading, boosted by a four-for-one stock split, which was icing on the cake for investors.”

Google-parent Alphabet also posted better-than-expected results, sending the stock up 0.4%. The stock’s performance was muted relative to the other Big Tech names as the company’s overall revenue decline in its history. Revenues for Google Cloud were also just below analyst expectations.

“The numbers were amazing relative to expectations,” said Peter Boockvar, chief investment officer at Bleakley Advisory Group. “We’ll see after their conference calls what has been priced in and what hasn’t.”

With those gains, the four stocks were set to add about $200 billion to their total market cap, bringing it to more than $5 trillion.

Big Tech has been the stalwart on Wall Street this year. Amazon and Apple are up 65.2% and 31%, respectively, in 2020. Facebook and Alphabet have risen more than 14% over that time period.

The Dow and S&P 500 both fell on Thursday after the U.S. government released data showing the biggest quarterly gross domestic product contraction on record for the country. The Dow dropped more than 200 points and the S&P 500 ended the day down 0.4%. U.S. GDP contracted by 32.9% during the second quarter, surpassing a record drop from mid-1921. 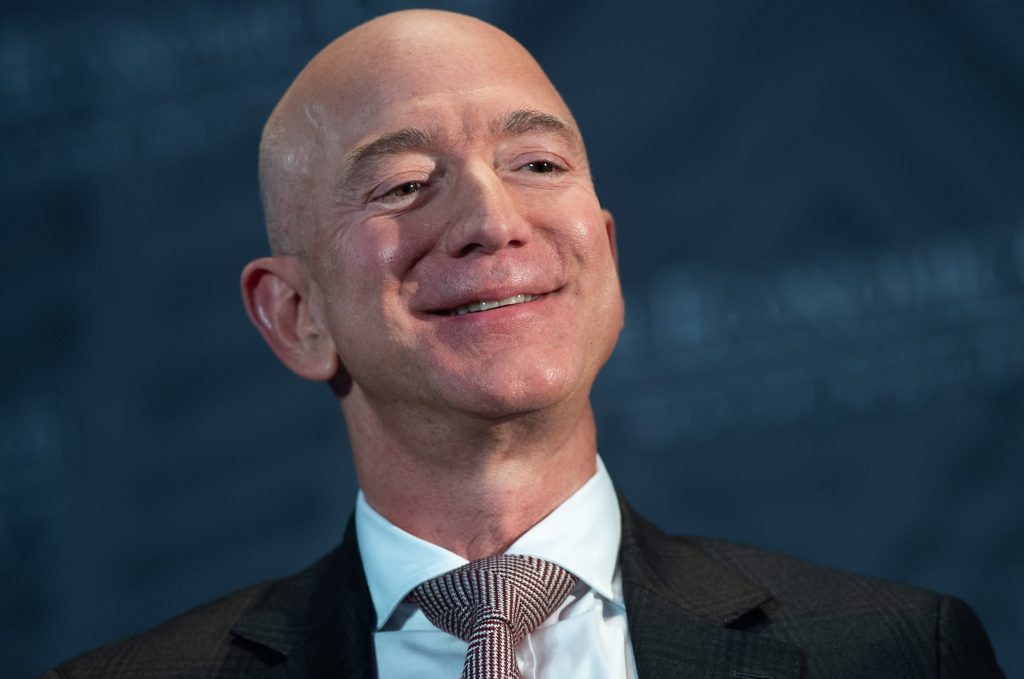