U.S. stocks are pointing to a higher open on Thursday as global stocks recovered helped by better-than-expected Chinese export data and a steadying of the Chinese currency.

Chinese exports rose 3.3 percent in July from a year earlier, beating an expected decline of 2 percent. Chinese imports fell by less than forecast, despite the U.S.-China trade war.

U.S. stocks clawed their way back from steep losses on Wednesday to close the session little changed in what was a wild day for equity investors.

The Dow Jones Industrial Average plunged around 500 points at one point as worries about a global recession picked up steam following several global central banks that cut interest rates.

Shares of the ride-hailing company Lyft rose after beating estimates for second-quarter revenue and said the loss for 2019 would be less than its prior forecast.

A handful of closely-watched names will report earnings ahead of Thursday’s opening bell. They include a slew of media companies including cable TV and movie giant Viacom, movie theater chain AMC Entertainment.

Thu Aug 8 , 2019
By dawn’s early light, a United Launch Alliance Atlas 5 rocket streaked away from Cape Canaveral Thursday, kicking off a six-hour mission to place a $1.1 billion military communications satellite into orbit, the fifth in a globe-spanning network of high-speed, jam-proof relay stations. Built to withstand the electromagnetic effects of […] 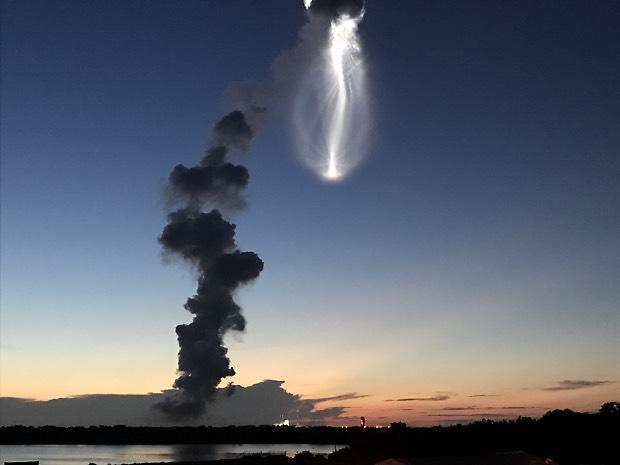