The Dow Jones Industrial Average jumped on Monday, the first trading day of the month, as markets recovered some of the sharp losses from last week and braced for the U.S. presidential election.

CNBC’s Jim Cramer said Monday’s gains for the Dow and S&P 500 may be driven by easing concerns over a delayed or contested election result.

“If you’re really short, you’re really betting that everything has to go wrong at this point,” Cramer said on CNBC’s “Squawk on the Street.” “[The market] really got oversold last week and it’s entirely possible that we elect someone tomorrow.”

Ahead of Tuesday’s election, Joe Biden held a substantial national lead over President Donald Trump. The former vice president garnered 52% of support from registered voters versus 42% for the president, according to a NBC News/Wall Street Journal poll from Sunday. Investors betting on a potential Biden victory increased positions on solar stocks. The Invesco Solar ETF (TAN) rose more than 2.7%.

“The world is still largely in a holding pattern as investors await clarity on the U.S. election,” Adam Crisafulli, founder of Vital Knowledge, said in a note Sunday. “The world will likely be a lot clearer in just a few days thanks to the election being over, stimulus talks resuming in Washington, [and] further central bank support.”

The major averages were coming off their worst week since March 20 as coronavirus cases surged, fiscal stimulus negotiations fell apart and as shares of mega-cap tech companies slumped following their quarterly earnings reports. Those losses led to sharp monthly declines for the major averages. The Dow, S&P 500 and Nasdaq posted their first back-to-back monthly losses since March.

“The worst of the correction is over in our view but we still think the next month is likely to remain volatile and uncertain as we navigate what is shaping up to be a much closer election than expected just a few weeks ago and risk of further lockdowns as the virus runs its course,” Wilson said in a note.

The major averages hit their session highs on Monday after Institute for Supply Management said its manufacturing index reached a two-year high in October. The market’s comeback came even as England adopted a stay-at-home order to fight the coronavirus.

Here's what to expect on Election Night

Mon Nov 2 , 2020
With more Americans relying on mail-in ballots and early voting than ever before it’s hard to predict when we’ll know who won the presidency.  In 2008, when polls closed in California at 11 p.m., Barack Obama was called the winner. It took a few minutes longer in 2012, and in […] 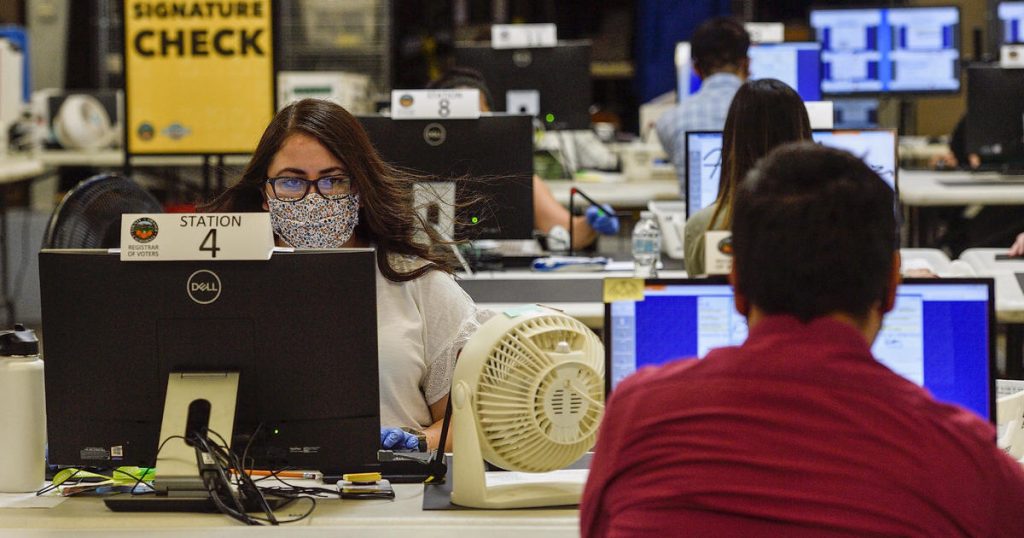