At the close of trading next Thursday, the bull market will be ready to run into 2021 but probably at a slower pace.

January is the month that Wall Street tradition says sets the tone for the year — “so goes January, so goes the year,” as the saynig goes. This January could be challenging, with the spreading pandemic slowing the economy and the important Georgia Senate run off elections on Jan. 5.

On Jan. 20, Joseph Biden will be sworn in as president.

“It’s a market that’s on end-of-year auto pilot,” said Sam Stovall, chief investment strategist at CFRA. In three of every four years, the market sees an end-of-year Santa rally, but Stovall is also waiting to see trading in the first five days of January for signs of how the market could trade in 2021.

If the market is higher in the first five days, history shows the S&P 500 has been up 82% of the time for the full year with an average 12.5% gain, he notes.

“There are things we could worry about in January. If they were real worries, the market would be reacting already or treading water already,” Stovall said. “What spooks me is the market is setting itself up. It’s a correction in search of a catalyst, and we don’t know what the catalyst is just yet.”

Some strategists expect a pullback early in the year, but the consensus is that the market ends 2021 higher. The average expectation for the S&P 500 at year end 2021 is 4,056, according to a CNBC survey of strategists.

Stovall said the market has gotten pricey, and there are signs of froth. The 12-month forward price-to-earnings ratio for S&P 500 companies is at a 41% premium to the average multiple of 16.7, going back to the year 2000.

“I don’t feel strongly that the first few days of January has to set the direction for the market for the balance of the year,” said Michael Arone, chief investment strategist at State Street Global Advisors. “If in fact [stocks] do rally, it’s more of a sign of strength. But if they suffer a hiccup, I wouldn’t throw in the towel.”

The outcome of the Georgia races is a wild card for stocks, and it could trigger a market reaction no matter what the outcome. Should there be a surprise and Democrats win both seats, the Senate would be split evenly between Republicans and Democrats. That would leave Vice President-elect Kamala Harris to cast the tie-breaking vote.

Some strategists say the market could sell-off if Democrats win, since investors fear the party would have the votes to pass tax hikes that Biden favors. On the other hand, a GOP win could spark a relief rally.

But Stovall said the market could rally on a Democratic victory if investors were to consider the prospect for a bigger infrastructure and stimulus package favored by Democrats.

Arone said uncertainty about the current $900 billion fiscal stimulus package approved by Congress this past week could become a concern, if President Donald Trump decides to veto it or not sign the bill.

The president criticized the package and said individuals should receive more than the $600 that would go to many adults and children as part of the relief.

The bill extends aid for millions of Americans on unemployment, and those benefits run out Dec. 31 unless it is signed.

“We’re up against deadlines, as opposed to it just being a political thing,” said Peter Boockvar, chief investment officer at Bleakley Advisory Group. “There are actual deadlines on benefits that are expiring. Because of the deadlines, the market assumes it will get passed.”

But the concern will hang over the market until it is resolved.

In the four-day holiday week ahead, trading is expected to be quiet. There are few economic reports; jobless claims on Thursday will be watched closely. In the following week, the December jobs report is expected to show a weaker labor market, and some estimate only about 100,000 jobs or fewer were added.

The S&P 500 heads into the final week of the year with about a 15% gain for 2020, but from the March low the index is up about 65%. The bull market turned nine months old this past week.

According to CFRA’s Stovall, that nine-month gain is more than twice the average nine-month gain of 32.2% for all bull markets since World War II. In the remaining course of the bull markets, their average compounded growth was just 20.3%, showing a slowdown in the rate of gains.

“Following these typical jackrabbit starts, bull market advance rates typically slowed, posting smaller compound annual rates during the remainder of their bull-market runs,” Stovall noted. Based on past bull markets, he said the returns could slow during the rest of this bull run to about half of their current gain.

Thu Dec 24 , 2020
Dan Glaser, CEO of Marsh & McLennan Companies, told CNBC on Thursday he does not anticipate coronavirus vaccine mandates to be widely implemented by employers. In a “Squawk Box” interview, Glaser said corporate America fully recognizes the importance of vaccines in curtailing the pandemic. “Don’t get me wrong: CEOs want […] 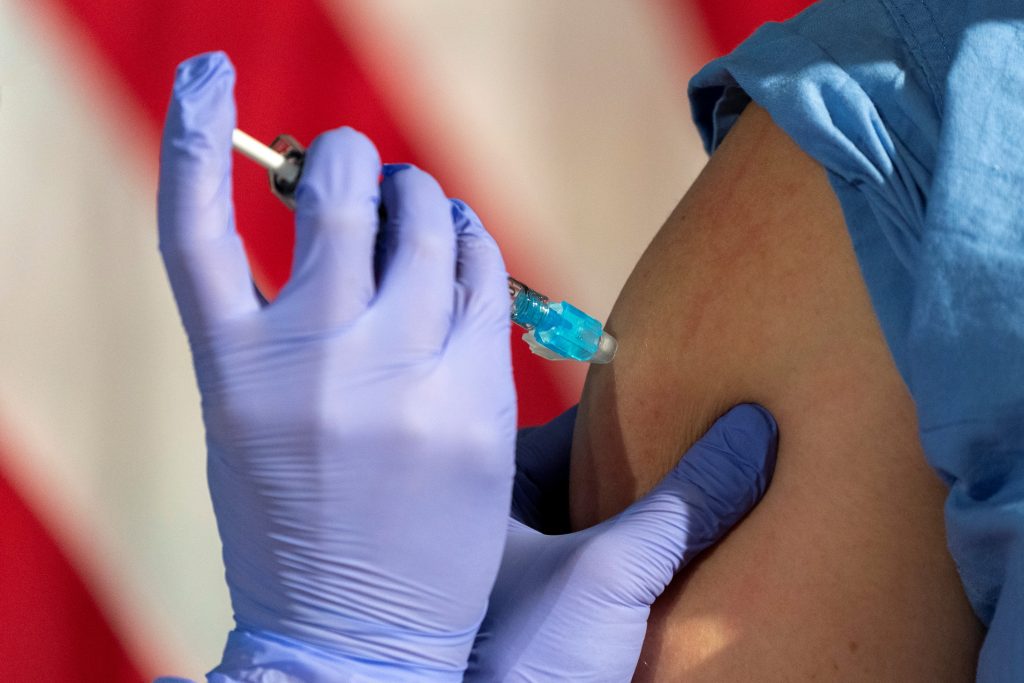