Stocks rallied on Tuesday, building on solid gains from the previous session as the market recovers from a steep sell-off that was sparked by worries over the coronavirus.

Stocks that have been hit by fears of the coronavirus slowing the economy bounced on Tuesday. Apple jumped 1.9%. Nvidia and Micron rose more than 2% each. Companies directly impacted by the coronavirus, including Carnival, which confirmed on Monday that a former cruise-line passenger tested positive for the virus, rose. Carnival added 2.6%. American and United were both up by more than 4%.

Tesla, meanwhile, powered the Nasdaq with a surge of more than 17% that lifted the stock above $900. That rally follows Tesla’s best day in six years. Billionaire investor Ron Baron, a longtime Tesla bull, said Tuesday that Tesla could see revenues of $1 trillion in 10 years.

Traders work during the opening bell at the New York Stock Exchange (NYSE) on January 13, 2020 on Wall Street in New York City.

Tuesday’s continued bounce comes after a Reuters report said China’s central bank could cut its key lending rate as well as banks’ reserve requirement ratios (RRRs) in the coming weeks to support economic growth. The report came a day after the People’s Bank of China unveiled liquidity injection measures to the tune of more than 1 trillion yuan.

“The balance between deleveraging and growth is likely to be tilted towards stimulus in order to make up ground lost due to the virus and quarantine,” said Larry Brainard, chairman for emerging markets at TS Lombard, in a note. “With Q1/20 GDP likely to fall sharply, we expect Beijing to respond aggressively with fiscal and monetary stimulus to get growth on track in Q2/20. This will generate a V-shaped recovery, led by the industrial sector.”

Chinese stocks jumped sharply overnight after a massive slump on Monday. The Shanghai Composite closed 1.3% higher while the Shenzhen A Shares index gained 1.8%. Other equity indexes in the region, including Hong Kong’s Hang Seng and the Korean Kospi, also posted strong gains.

That positive sentiment spilled over into European equity markets. The Stoxx 600 index gained 1.1%. Meanwhile, the German Dax climbed 1.2% and the France CAC 40 advanced 1.3%.

Markets were higher despite a climbing death toll from the coranvirus and despite disappointing earnings from Alphabet after the bell Monday.

As of Monday night, the virus death toll had reached 426 with 20,679 confirmed cases in China. Yet, Atlanta Federal Reserve Bank President Raphael Bostic on Monday said his outlook for the U.S. economy was unmoved by the virus. White House economic advisor Larry Kudlow also doesn’t think the outbreak is not a “disaster for the U.S. economy.

Still, the Dow and S&P 500 are down more than 1% each since news of the coronavirus broke in mid-January.

U.S. oil futures, which hit a one-year low below $50 on Monday, recovered on Tuesday, helping market sentiment. Oil rose 1.3% to $50.75, easing concerns that the coronavirus would send the global economy into a recession.

—CNBC’s Elliot Smith and John Melloy contributed to this report.

Tesla is jumping yet again, soaring as much as 20% in trading following a 19% surge on Monday

Tue Feb 4 , 2020
Tesla stock is surging again, roaring above $900 a share in Tuesday trading after major shareholder Ron Baron forecast the company will top $1 trillion in revenue in a decade and as investors who bet against the stock scrambled to catch up. “I just can’t believe this freaking stock. It’s […] 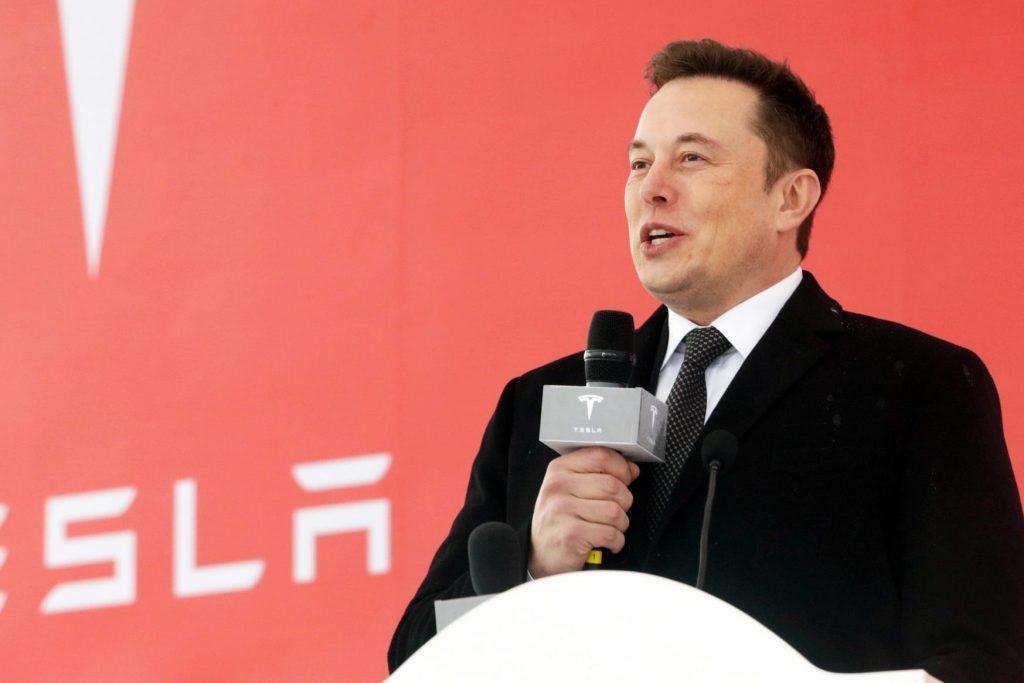