Check out the companies making headlines after the bell on Tuesday:

Lyft — The ride hailing giant’s shares climbed 4.5% after the company reported a smaller-than-expected first-quarter earnings loss. Lyft lost 35 cents per share, while analysts estimated a loss of 53 cents per share, according to Refinitiv. Revenue came in at $609 million, above the forecast $559 million.

Tue May 4 , 2021
A Drug Enforcement Administration (DEA) chemist checks confiscated powder containing fentanyl. (Photo by DON EMMERT/AFP via Getty Images) OAN NewsroomUPDATED 3:10 PM PT – Tuesday, May 4, 2021 Seizures of fentanyl on the U.S. southern border have soared as the border crisis rages on. The opioid, which is 50 times […] 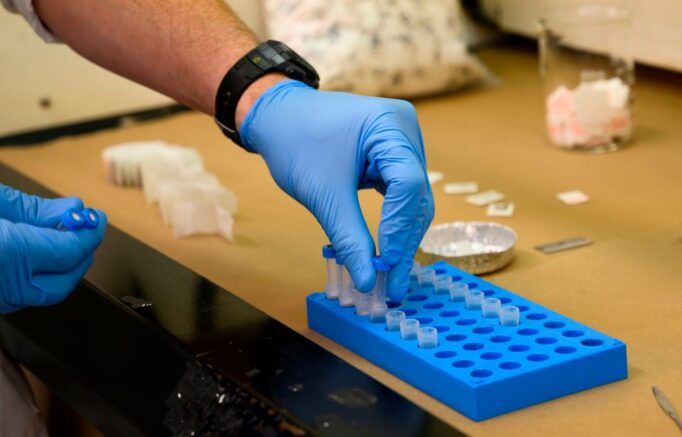