In this photo illustration the Netflix logo in the App Store seen displayed on a smartphone screen.

Check out the companies making headlines in after-hours trading:

Netflix — Netflix shares dropped 19% in extended trading after the company’s quarterly report showed slowing subscriber growth. The streaming giant added 8.28 million global paid net subscribers during the fourth quarter, which was ahead of Wall Street’s expectations for 8.19 million, according to estimates from StreetAccount. But the number declined year over year. Netflix beat EPS estimates for the period, earning $1.33 per share compared with the 82 cents analysts surveyed by Refinitiv were expecting. Revenue came in at $7.71 billion, in line with expectations.

CSX — Shares of the rail company declined 2% despite top- and bottom-line beats for the fourth quarter. CSX earned 42 cents per share on $3.43 billion in revenue, ahead of the 41 cents and $3.32 billion in revenue analysts surveyed by Refinitiv were expecting.

PPG Industries — Shares of the paint company slid 3% during extended trading. PPG earned $1.26 per share, excluding items, during the fourth quarter on $4.19 billion in revenue. Wall Street was expecting $1.18 per share on $4.04 billion in revenue, according to estimates from StreetAccount.

Peloton shares slide after report it is pausing production

Thu Jan 20 , 2022
Peloton Interactive shares plunged on Thursday after a report that the company is suspending production of its home fitness equipment because of waning consumer demand. According to CNBC, which cited internal company documents, Peloton next month will temporarily stop making its entry-level connected bike for a period of two months, […] 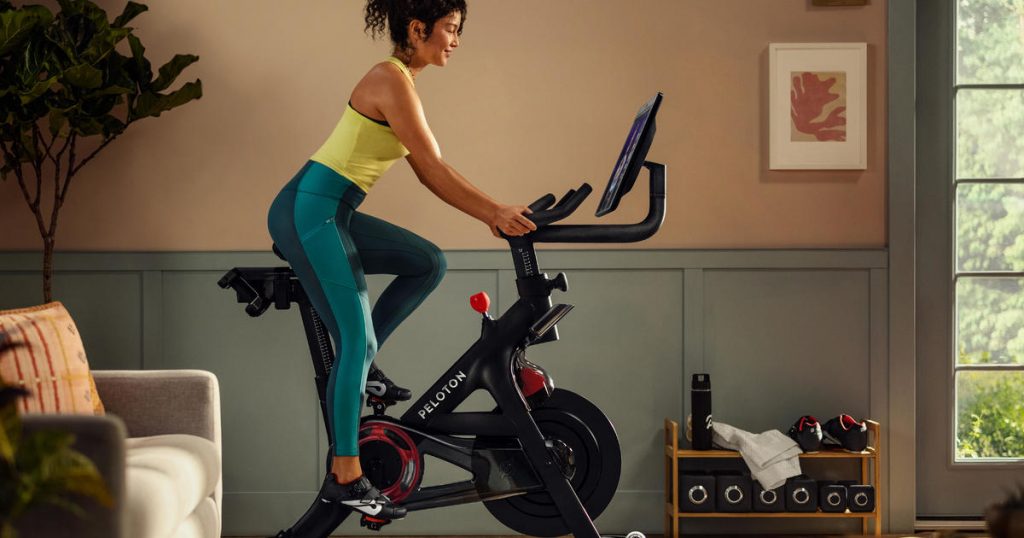