Those gains put the major averages on pace for their biggest weekly gains since April. The Dow was up more than 6% week to date. The S&P 500 and Nasdaq were up 7% and 8.4%, respectively, over that time period.

Shares of major tech-related companies led the gains on Thursday. Facebook, Amazon, Netflix, Microsoft and Apple were all up more than 2%. Investors in this high growth sector cheered a potential divided government as it likely means taxes won’t go up, antitrust scrutiny could stay in check and the China trade war doesn’t get any worse.

Even with the presidential vote unclear, stocks rose broadly during Wednesday’s trading session as hopes for a blue wave in Congress dwindled.

Trump on Wednesday night tried to falsely claim victory in Pennsylvania, Georgia, North Carolina and Michigan. NBC News has yet to call the battleground states of Arizona, Nevada, Georgia, Pennsylvania and North Carolina. Trump’s comments followed his declaration in the early hours of Wednesday that he had won the race, despite the fact that millions of votes had not been counted.

Thu Nov 5 , 2020
London — The leader of a team of international election observers monitoring the U.S. election called President Trump’s demand to end the counting of votes across the country “disturbing” and a “gross abuse of office.” “The really disturbing thing was that the American commander-in-chief demanded an end to the count […] 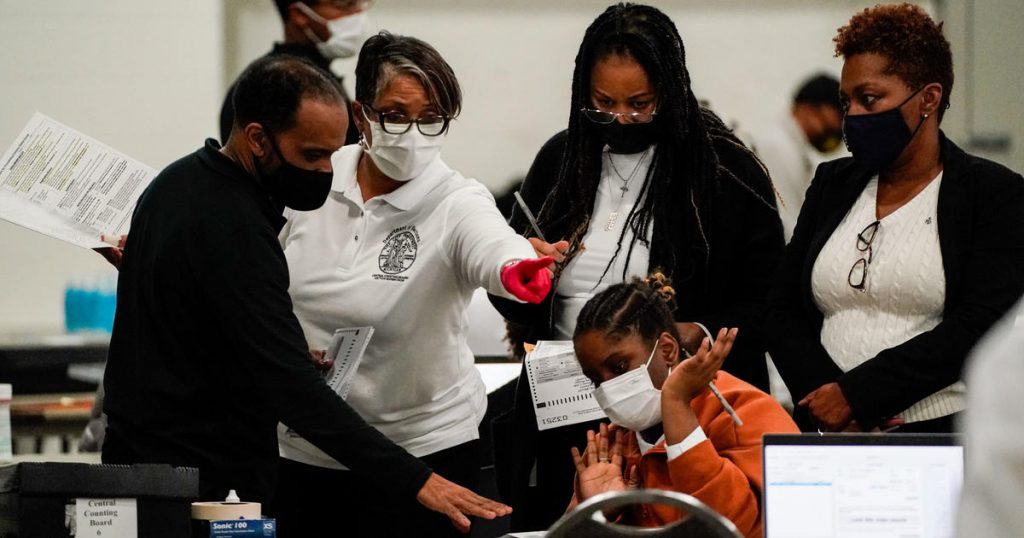