U.S. stock futures were little changed as oil prices surged to a more than six-year high.

The choppy trading session comes as West Texas Intermediate crude oil spiked $1.29 to $76.45 a barrel, the highest since November 2014, after production talks between OPEC and its allies broke down. The rift in the group comes as the United Arab Emirates, the world’s fourth-largest producer, declined Saudi Arabia’s deal to raise output, instead wanting to pump out more of its oil under any agreement.

In stocks, oil related-companies, including Chevron Corp., Halliburton Corp. and Occidental Petroleum Corp., were all higher on higher crude prices.

Elsewhere, Didi Global Corp. was sharply lower after Chinese regulators said new users in the country could not download the app before a cybersecurity review of the company was completed. Shares had fallen 6.73% during the first three days of trading.

Other Chinese companies, like Alibaba Group Holdings, Baidu Inc. and Nio, were all trading lower amid concerns of a wide-reaching crackdown by the Chinese government.

Meanwhile, Amazon Inc. founder Jeff Bezos stepped down as CEO on Monday, 27 years after founding the company. Bezos, who is now executive chairman, will be replaced by cloud-computing chief Andy Jassy.

The effectiveness of Pfizer Inc.’s COVID-19 vaccine has fallen to 64% since June 6, Israel said on Monday. Still, the vaccine has 95% protection against serious illness and preventing hospitalization.

Tue Jul 6 , 2021
Conditions in southern Florida have started to deteriorate with Tropical Storm Elsa taking aim at the Florida Keys early Tuesday, prompting a hurricane watch for portions of the state’s west coast, according to the National Hurricane Center. Elsa’s forecast track would largely spare South Florida, including Surfside, where a condominium […] 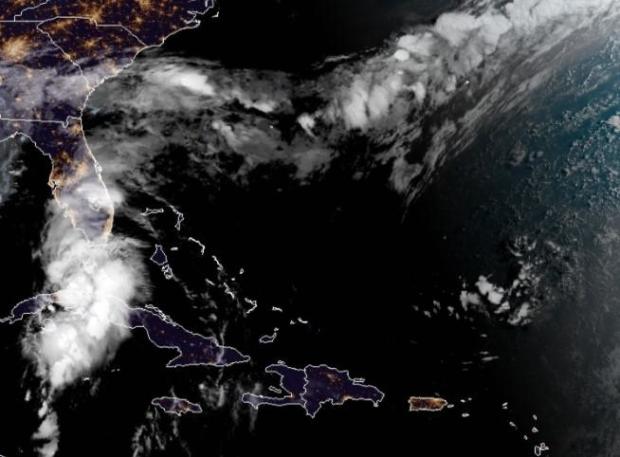