Shares of Facebook, Amazon, Netflix, Microsoft and Apple were all up more than 1%. Walgreens Boots Alliance and JPMorgan Chase both gained more than 4% to lead the Dow higher.

“Ultimately, the markets want clarity, and the main threat to risk assets this week is the emergence of a contested election, so if races are tight enough for campaigns to sue to halt or extend recounts, expect a reversal of this morning’s rally,” Tom Essaye, founder of The Sevens Report, wrote in a note.

Heading into Tuesday’s vote, former Vice President Joe Biden held a lead in national polling over President Donald Trump. The former vice president earned 52% of support from registered voters compared to 42% for the president, according to an NBC News/Wall Street Journal poll from Sunday. In swing states, where the election will be decided, polling averages are tighter than the national polls.

Regardless of who wins the presidential race, CNBC’s Jim Cramer thinks stocks will dip and investors have to “buy” then.

“I know that sounds simplistic, but the market is simplistic,” he said on “Squawk on the Street.” “We always try to make the market as some sort of Einsteinian philosophy.”

Wall Street was coming off a solid session in which the major averages clawed back some of their sharp losses from the previous week.

In addition to the presidential election, the U.S. is also facing a surge in Covid-19 cases. Coronavirus cases in the U.S. continued to rise over the weekend, with more than 81,400 new infections recorded on Sunday, according to Johns Hopkins data. That brings the seven-day average of new cases past 81,000 for the first time ever, according to a CNBC analysis of Johns Hopkins data.

After the bell Monday, Royal Caribbean cancelled all of its sailings through the end of the year. The shares fell slightly in after hours.

The states where you can register to vote on Election Day

Tue Nov 3 , 2020
There are 19 states, and the District of Columbia, where voters can register and vote all on Election Day. Six of those states are considered battleground states, meaning their results could determine which candidate secures enough votes in the all-important Electoral College.  People applying to vote on Election Day will […] 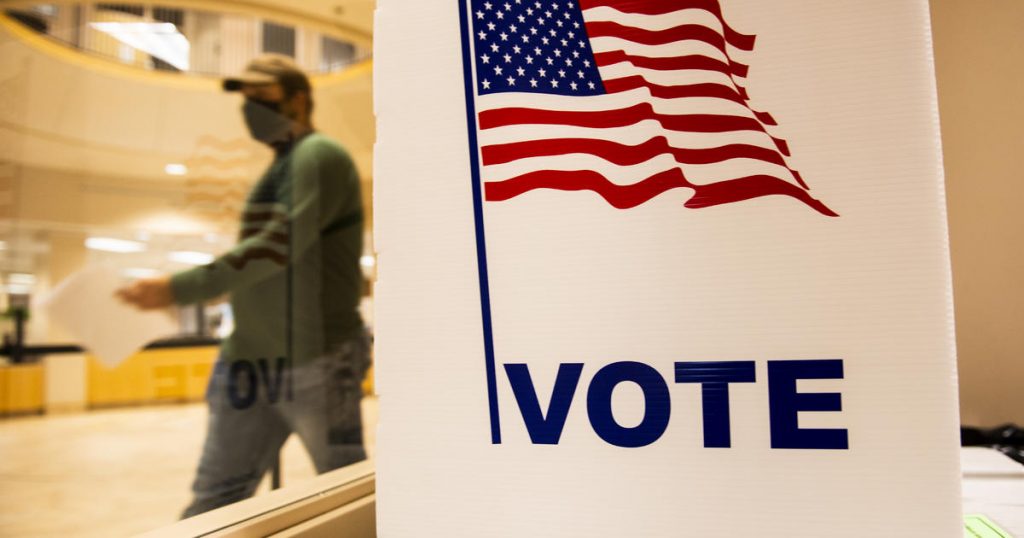