Investors pushed U.S. stocks higher in early trading Wednesday on Wall Street and extended a rally prompted by signs that the Federal Reserve is willing to cut rates to reinforce economic growth.

Stocks limped into June following a broad slump in May caused by increasing anxiety over global trade disputes. An escalating trade war between the U.S. and China and the added threat of a new trade war with Mexico sent investors fleeing to safer holdings, like bonds.

But Tuesday, Federal Reserve Chairman Jerome Powell helped spark a rally after remarks that signaled to investors that the Fed could cut rates this year. He said the central bank was “closely monitoring” trade developments and would “act as appropriate” to sustain the U.S. economic expansion. Investors now expect the central bank to cut rates at least once and possibly two or more times before year’s end, in part because of the consequences of the trade war.

Technology companies continued leading the rally, as investors brushed off concern from earlier in the week that several big internet companies could face more scrutiny from antitrust regulators. Apple rose 2.6% and Oracle rose 2.2%. Salesforce rose 3.4% after blowing away profit forecasts.

The sudden dip in bond yields weighed down financial stocks, particularly banks, which stand to make less money on loan interest if yields are low. Bank of America fell 1.4% and Citigroup fell 1%.

A trickle of corporate earnings reports moved several stocks. GameStop plummeted after the videogame maker badly missed sales estimates in the first quarter. Pivotal Software took a nosedive after the cloud-computing company slashed its revenue forecast for the year.

The company has been struggling as it contends with more competition from companies selling consoles and games online. Global sales fell 13.3% during the most recent quarter, falling far short of Wall Street forecasts. Sales at established stores also fell far short of forecasts.

GameStop is also in the midst of a cost-cutting program and coming off of a recent leadership shake up.

The company also gave investors a surprisingly good revenue forecast for the current quarter and tightened its outlook for the year.

Wed Jun 5 , 2019
Democratic presidential candidate Kirsten Gillibrand (KEER’-sten JIHL’-uh-brand) has a plan to legalize marijuana and expunge all nonviolent criminal charges associated with it. The New York senator says in a Medium post on Wednesday she’d work with Congress to decriminalize recreational marijuana use and tax nonprescription marijuana products. Gillibrand says she […] 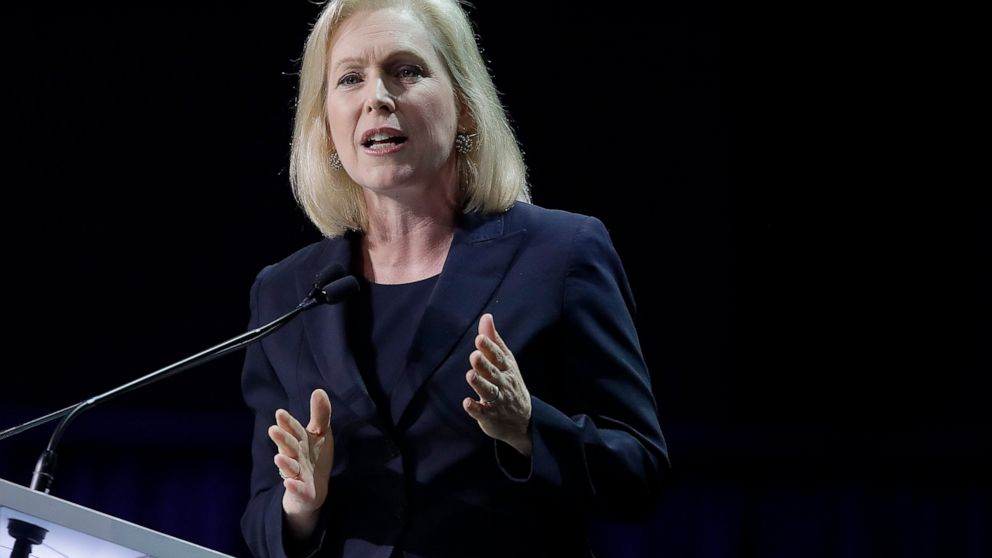