The S&P 500 rose to a fresh record on Friday as the major averages rebounded from the previous session’s losses over concerns of a slowdown in global economic growth.

The Dow Jones Industrial Average rose about 440 points, or 1.2%. The S&P 500 bounced by about 1%, hitting a new intraday record. The technology-heavy Nasdaq Composite rose 0.8%. The gains brought all three majors averages into the green for the week. The S&P 500 is headed for its 6th positive week in seven.

The stocks that led the losses on Thursday, reopening plays and banks, led the gains on Friday. Bank of America jumped 2.5%, leading a bounce in financial shares. Royal Caribbean and Wynn Resorts each popped 2%. American Airlines and United Airlines gained about 2% and United rallied 3%.

Shares of GM gained 3.5% after Wedbush said the stock is a buy and could jump more than 50% as investors realize the extent of its tech and electric vehicle evolution.

Big Tech stocks were marginally weaker on Friday as President Biden was set to sign a new executive order aimed at the competitive practices by the sector’s giants. Amazon was down about 0.5% after hitting a new all-time high on Thursday.

Thursday’s losses came as the proliferation of the highly infectious delta Covid variant also fueled worries about the global economic comeback. The Olympics announced a ban of spectators at Tokyo’s summer games as Japan declared a state of emergency to curb the spread of coronavirus. Plus, the latest jobless claims report released Thursday also indicated a potential slowdown in the labor sector.

Senate may work into August to pass infrastructure plan, set the stage for huge spending bill

Fri Jul 9 , 2021
Senate Majority Leader Chuck Schumer (D-NY) speaks to the media after the Senate Democratic policy luncheon on Capitol Hill in Washington, June 22, 2021. Joshua Roberts | Reuters The Senate may work into its August recess to pass both a bipartisan infrastructure plan and a budget resolution that would allow […] 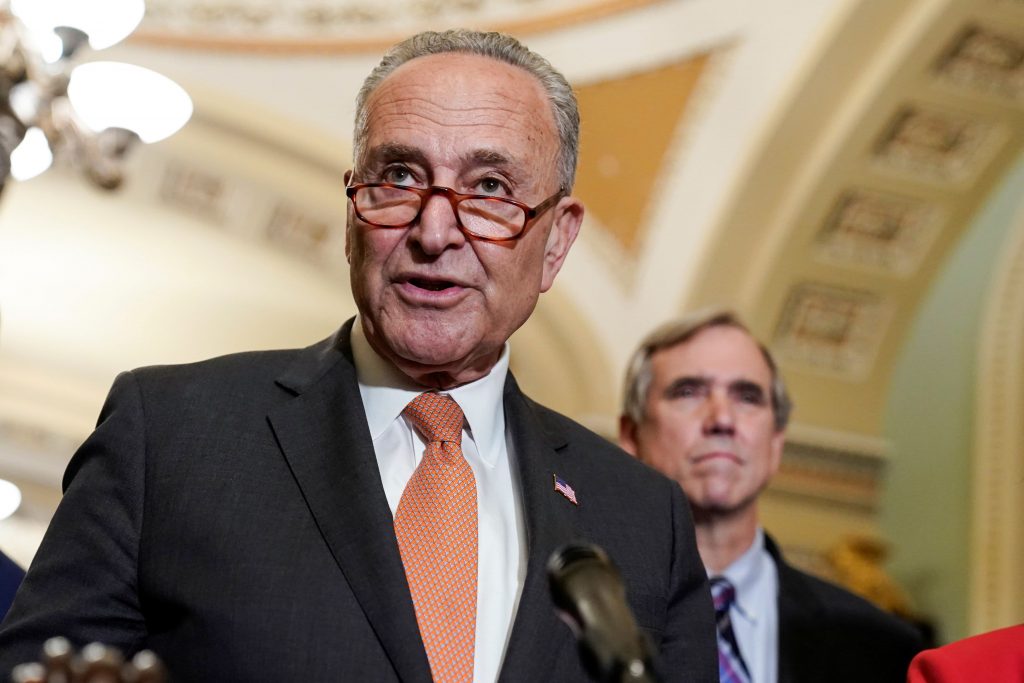