We’ve been here before, and not too long ago. The S&P 500 is just 1.5% from a new record. Yet the view and the mood are a bit different now than at those previous times the market stood on this particular perch.

In July, the 10-year Treasury yield sat near 2%, and the Wall Street consensus was pretty sure the Federal Reserve’s move toward a rate-cutting stance would be enough to nurse the markets to a trade deal with China and bridge the stock market across a lull in earnings growth.

Since then, the 10-year Treasury has rushed down to 1.59% after a plunge to 1.44% several days ago, and investors’ confidence has been shaken in the durability of the economic expansion. Extremely low bond yields are both a gift and a curse, cutting borrowing costs and bolstering relative equity valuations on the positive side while signaling acute risks to economic performance as a negative.

The market’s course from here will be steered by which aspect of the yield collapse seems more relevant at the moment.

The bullish case is, we’ve had a late-summer recession panic that’s overshot the economic evidence, and likewise bonds have become stretched by the global grab for scarce yield and exacerbated by technical hedging activity.

As noted here last week, investor sentiment toward stocks grew more sharply pessimistic in August than would be suggested by a mere 6% pullback in the S&P 500 from a record high.

Last week’s market bounce was the unwind of a portion of this skepticism: The worst-hit sectors of the market, mostly cyclical stocks tied to the economic pace, bounced the most.

Stocks appear marginally less expensive based on projected corporate profits now than they did with the S&P at the same level on July 31.

Though the chart also shows the market at roughly at the same forward multiple as a year ago, which preceded a nasty market peak and severe fourth-quarter.

Only when comparing this valuation to prevailing bond yields do equities appear to have a fatter valuation cushion. This chart of the “equity risk premium” from Morgan Stanley shows the earnings yield on stocks — the inverse of the P/E — is well above average compared to bond yields, favoring equities slightly. In other words, stocks are not cheap on their own, but this is in large part because of generous valuations assigned to secular-growth names and reputedly “defensive” stocks. And compared to bonds (which, granted, most equity investors view as egregiously expensive now), stocks in aggregate look reasonably attractive, especially given robust demand for corporate debt, whose value is also linked to economic prospects.

All paths of analysis arrive at a similar spot: If U.S. bonds are where they are because of global central-bank policies and overseas economic challenges and not because the countdown clock to a U.S. recession is clicking louder, then stocks should do better. If not, then not.

Noting last week’s ISM manufacturing index sliding to a contraction reading, Goldman Sachs strategists point out that six of the previous 11 times the ISM fell below 50 since the early 1970s a recession did not soon follow. Of those six times — including in early 2016 — the S&P 500 averaged healthy gains six (+6%) and twelve months (+22%) later.

Lately, the economic data have not been clearly consistent with a pre-recession slide, but it’s hard to see them improving enough very soon to banish the end-of-cycle alert status entirely.

Bespoke Investment Group notes that the U.S. Citi Economic Surprise Index — which tracks how reported data come in relative to forecasts — has just turned positive after 140 straight days below zero — the longest such losing streak since (yes, again) 2016. The firm notes that following previous moves back above zero after a long time below, S&P returns have been solidly positive, on average, over the ensuing six months. The market action itself is ambiguous, with its message resting largely in the eye of the beholder. The S&P 500’s broad uptrend remained intact through the August shakeout. Yet the tape has been either appropriately selective or precariously uneven, depending on how it’s viewed.

While the S&P 500 itself is less than 2% from a record high, fewer than half the stocks in the index are even within 10% of their own 52-week high. That leaves a lot of room for catch-up in discounted stocks if economic atmospherics improve, but it also suggests a winnowing of the fit from the faltering in what most still see as a late-cycle moment.

If last week was largely about the release of built-up investor tension over the macro outlook and the message from bonds, it could plausibly continue for a while.

Investor surveys and fund flows continue to reflect caution more than an interest in playing a further rally. Goldman’s sentiment gauge based on stock-index-futures positioning is neutral, far more muted now than it was when the S&P 500 was at the same level in late July. Though, again, it was around here a year ago, which was not a great time to be adding equity exposure. Other tactical gauges, such as Bank of America Merrill Lynch’s Bull-Bear Index, is sending a clearer tactical buy signal now that the “pain trade” for the short term remains higher for stocks.

Could the Fed disappoint investors with its decision and commentary in ten days? Could the October trade talks with China be nixed? For sure.

Would those developments truly jolt a market that has been focused more on risk than reward since stocks were last year six weeks ago? Harder to say.

Mon Sep 9 , 2019
The Latest on U.S. negotiations to end the war in Afghanistan (all times local): 12:35 p.m. Former Defense Secretary James Mattis says that when it comes to trying to negotiate an Afghanistan peace deal with the Taliban, the key question is whether or not they can be trusted. Mattis cites […] 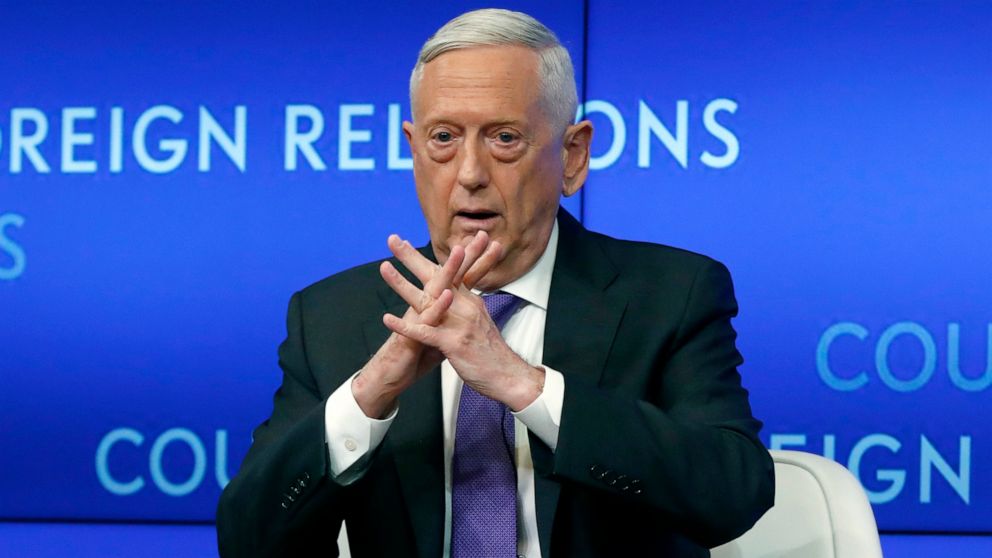