Lay Guzman stands behind a partial protective plastic screen and wears a mask and gloves as she works as a cashier at the Presidente Supermarket on April 13, 2020 in Miami, Florida.

Investors will watch the economy’s reopening progress, as well as a series of economic reports in the coming week that will provide a look at the consumer during April as the economy shed 20.5 million jobs.

Fed Chairman Jerome Powell speaks on a webcast held by the Peterson Institute on Wednesday at 9 a.m., and he will be watched closely for any new insights on the economy or Fed programs.

There are just a few earnings releases ahead, but there will be a barrage of economic reports, including consumer and producer inflation, consumer sentiment and most importantly retail sales on Friday.

Stocks were higher in the past week, even as some bond yields touched record lows. Yields move opposite price, and bonds usually move opposite stocks.

“The stock market is trading the reopening, and the bond market is doubting the vibrant pace of an economic recovery upon the reopening,” said Peter Boockvar, chief investment strategist at Bleakley Advisory Group.

Small cap stocks and tech led the way higher in the past week. The Nasdaq jumped 6% in a week, where it wiped out its losses for the year and turned positive. The small cap Russell 2000 was up 5.5%.

The bond market and stock market have both responded to the Fed’s programs that put more liquidity into the financial system, with bond rates falling and stocks rising sharply.

“Stocks just seem to be disconnected from everything else,” said Michael Schumacher, director rates at Wells Fargo. Some bond yields, like the benchmark 10-year yield, which impacts many types of loans, were slightly higher ahead of the Treasury’s record $96 billion in auctions in the coming week. But the 2-year, at a new low of 0.10%, was trading on concerns about the economy.

Market pros will look for Powell to comment on market speculation that the Fed could take its benchmark rate to a negative yield. Fed officials have said they have no interest in negative rates, which are being used by central banks in Europe and Japan. But for the first time this past week, traders drove futures on fed funds to show slightly negative rates in contracts starting in  November.

“He could quash negative yields if he wants to,” said Schumacher. “The Fed has consistently argued against negative policy rates. Now there’s a chance Powell could comment on this. He’s commented about it, several times in the last six months.”

Much of the gains in the stock market have been driven by big technology companies with operations that haven’t been deeply affected by the coronavirus.

“Tech was the shutdown trade and small caps are the reopening,” said Boockvar, noting small caps are domestically focused and are sensitive to the back-to-work trade.

Apple joined the reopening trade Friday, when its stock rose after it announced it would reopen some of its U.S. stores.

“The stock market has sort of a hall pass as the months proceed and things reopen. At some point, that hall pass is going to expire” and the reopenings will have to result in rebound, Boockvar said.

Investors have been watching for anything that suggests state reopenings are stimulating activity.

Retail sales Friday will be a big focus and are expected to show sharp decline of 11%, but more like 6% when automobiles and gasoline are removed, he said.

In the oil market in the past week, crude was up as much as 24% as traders reacted to information that showed gasoline demand picking up around the U.S. States have been opening up at different speeds, and California was the latest to reopen some activity Friday.

“Some of the reason the market is up because the virus curve is bending, the economic data is showing signs of a bounce. It hasn’t here yet but you know it’s coming. It’s a global phenomenon,” said James Paulsen, chief investment strategist at Leuthold Group. He noted that China’s export numbers unexpectedly rose in April, for the first time this year.

Paulsen said he expects stocks to remain in an upswing.

“There’s a lot of value out there if you’re outside the high growth in the S&P 500,” he said, “When fear is as high as it is, that’s typically been a great time to lean toward risk assets. Gold is at a 50-year high relative to commodity prices. People are buying bonds at virtually zero yield. To me, there’s fairly defensive behavior and scared attitudes rather than the other way around.”

Strategists say the market could retest its March lows, but a good number say the bottom has been set.

“I’m getting more confident that we’ve seen the lows, and we’re starting a recovery in the stock market, but I think the volatility is going to stay there, and there will be challenges. I think the general direction is up rather than down at the moment,” said Paulsen.

Paulsen said the fear of reinfection remains, should there be a new wave of the virus. “There’s a lot of terrible things that could happen and be terrible for the stock market,” he said.  “A headline could create an up or down week and then go away again. ”

“I think the rise in the stock market is really more about a lack of sellers. But I don’t think there’s a lot of buyers. If more people believed this is winding down … there could be a  lot more money that’s going to come back into equities, to some extent,” Paulsen said.

Market pros are keeping an eye on yields, ahead of the government’s record sized $96 billion in auctions in the coming week for 3- and 10-year notes and 30-year bonds. 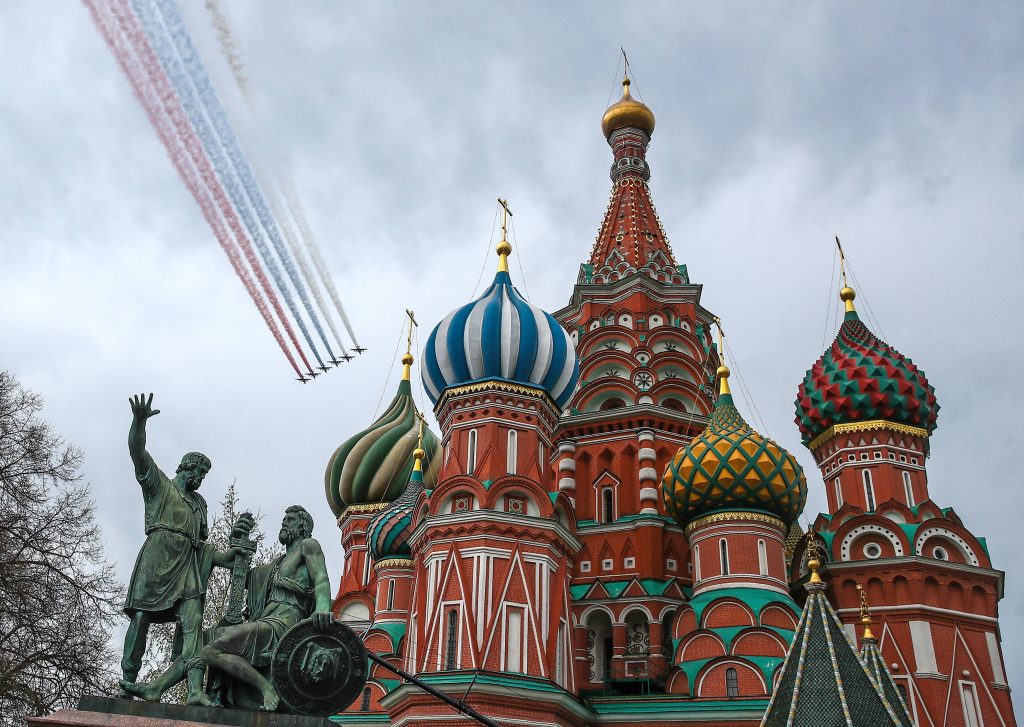