U.S. stock futures rose on Wednesday, led by tech shares, even as the results of the presidential contest so far failed to yield a clear winner.

Dow Jones Industrial Average futures climbed 152 points, or 0.6%. S&P 500 futures traded 1.6% higher. Nasdaq 100 futures popped 2.6% as investors crowded back into the trade that’s been working for most of this tumultuous year.

Earlier in the overnight session, futures contracts for the Dow and S&P 500 came under some pressure after President Donald Trump tried to claim victory even though millions of legitimate votes were not yet counted.

“We don’t want them to find any ballots at 4 o’clock in the morning and add them to the list,” he added.

Democratic nominee Joe Biden appeared to be unable to take North Carolina, with Trump holding a lead in that state, according to NBC News. However, Biden was leading in Arizona, although NBC News said it was too early to call the state. Key swing states Michigan, Wisconsin and Pennsylvania could take days to determine.

Shares of major tech-related companies jumped in early premarket trading. Facebook, Amazon, Apple,, Netflix, Alphabet and Microsoft were all up more than 2%.

Wall Street traders and investors attributed the move in tech and the Nasdaq 100 futures to a number of factors, including the group’s consistently solid returns and safety appeal in times of uncertainty.  Additionally, some viewed the potential for Republicans to hold onto the Senate as a positive for the group since a higher capital gains taxes from a Democrat congress could have weighed on the high growth sector.

Traders were also eyeing the battle for the Senate and its implications for future fiscal policies. So far on election night, it was unclear whether the Democrats would be able to win back the Senate. Republicans possibly gained a key win with Republican Sen. Joni Ernst projected to win the Iowa Senate race.

Wed Nov 4 , 2020
Biden makes final campaign stops 07:23 This is the first time in a general election that Pennsylvanians were able to cast ballots by mail without an excuse. During the June primary, fears of contracting COVID-19 at the polls drove mail voting numbers far higher than expected, causing some counties to […] 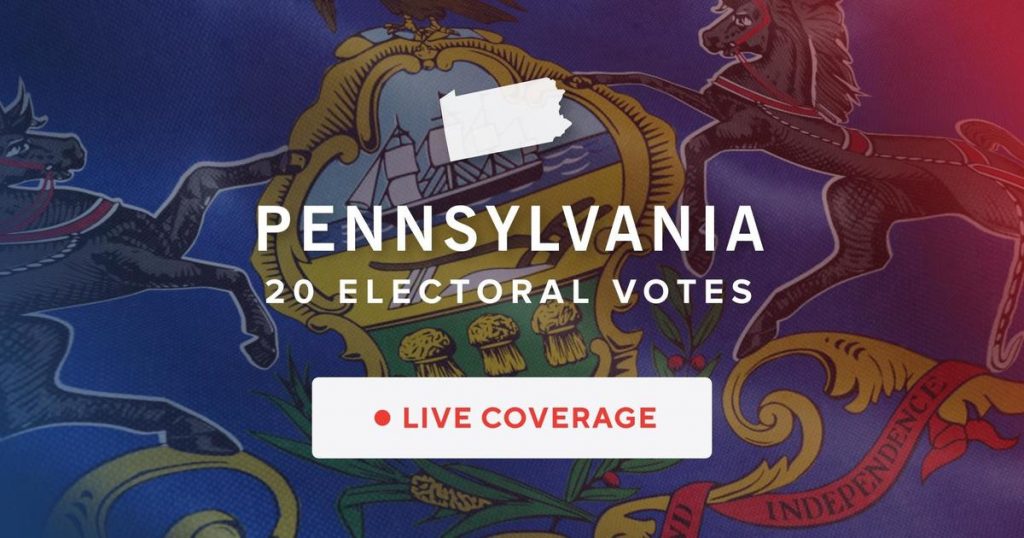