Stock futures gained on Thursday, one day after the Dow Jones Industrial Average hit a new record, as the U.S. government formally certified that President-elect Joe Biden will become the nation’s 46th commander in chief.

European indexes also rose, with the Euro STOXX climbing 0.3%, while the German DAX and French CAC 40 gained 0.4% and 0.6%, respectively.

Twitter’s move came after the social media giant removed a video the president tweeted, in which he told protesters who had stormed the Capitol to “go home,” while maintaining that the 2020 election had been “stolen.”

ECONOMIC REPORTS IN THE SPOTLIGHT

A number of economic reports will be released on Thursday, including further looks at trade and the unemployment picture in the country, amid the coronavirus pandemic.

On Wednesday, ADP said the U.S. lost 123,000 jobs in December, compared to expectations for a gain of 88,000, as the pandemic continues to ravage the economy.

Other key economic reports to be released on Thursday include ISM Non-Manufacturing Index and the weekly natural gas inventory report.

In other asset classes, bitcoin surged past the $37,000 level in morning trading.

Oil and gold also rose, with West Texas Intermediate crude oil climbing back above the $50-per-barrel level, while gold hit $1,917.10 an ounce.

Thu Jan 7 , 2021
Iraq’s judiciary says it has issued an arrest warrant for outgoing President Donald Trump in connection with the killing of an Iranian general and a powerful Iraqi militia leader last year ByThe Associated Press January 7, 2021, 11:06 AM • 2 min read Share to FacebookShare to TwitterEmail this article […] 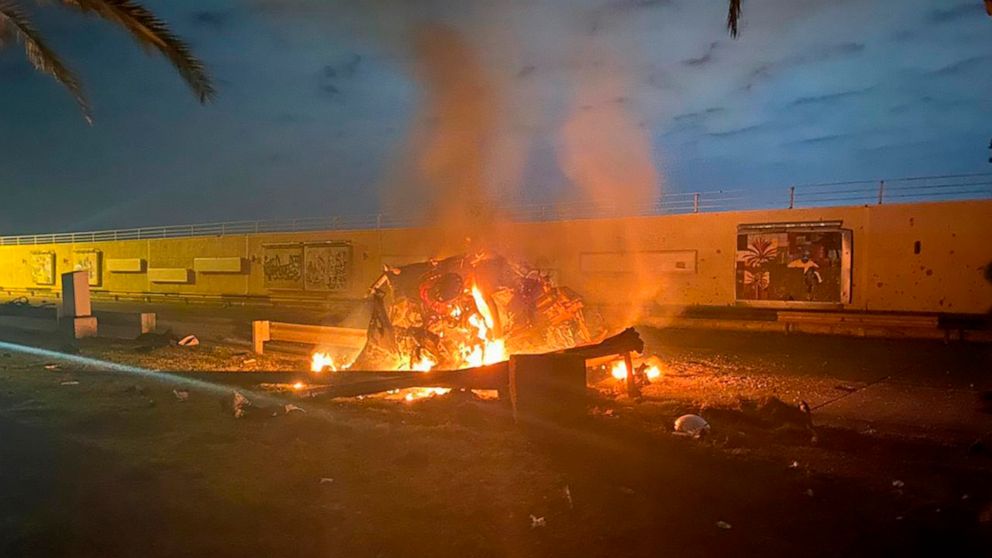