Why investors should stay in the market<br>

Payne Capital Management President Ryan Payne and Mark Rosenberg, public affairs professor at Columbia University, and Benchmark Investments managing partner Kevin Kelly on how the stock market reacts to news from Washington and why investors should stay in the market.<br>

President Donald Trump on Thursday threatened an additional $100 billion in tariffs on Chinese goods, which sent stock futures tumbling after a day that saw stocks rise for a third day.

The move by Trump comes one day after China imposed $50 billion in retaliatory tariffs on U.S. products.

Stocks had rebounded since then, as trade tensions seemed to ease as the threats were seen more as a way to begin negotiations.

Trump added that he’s instructed the Agriculture Department to explore protections for U.S. farmers in light of China’s recent measures.

China’s commerce ministry warned it would fight back “at any cost” with fresh measures to safeguard its interests if the United States sticks to its protectionist actions.

Hong Kong’s Hang Seng closed up 1.1%, after beginning the session higher as the market caught up following Thursday’s holiday.

Japan’s Nikkei ended the day down 0.4%, and up half a percent for the week.

Before Trump’s announcement. the story that traders and investors thought would be the main topic, would be the monthly jobs report that will be released Friday morning.

The U.S. economy is expected to have added 193,000 new nonfarm jobs last month in the closely watched report, according to economists surveyed by Thomson Reuters.

The unemployment rate is expected to fall one-tenth of a percentage point to 4%.

Fri Apr 6 , 2018
Hungarian Prime Minister Viktor Orban is on course to secure another four-year stint in power on Sunday, paving the way for Europe’s most prominent populist leader to continue building what he calls an “illiberal democracy.” Orban’s right-wing Fidesz party comfortably leads most opinion polls ahead of the vote, though a […] 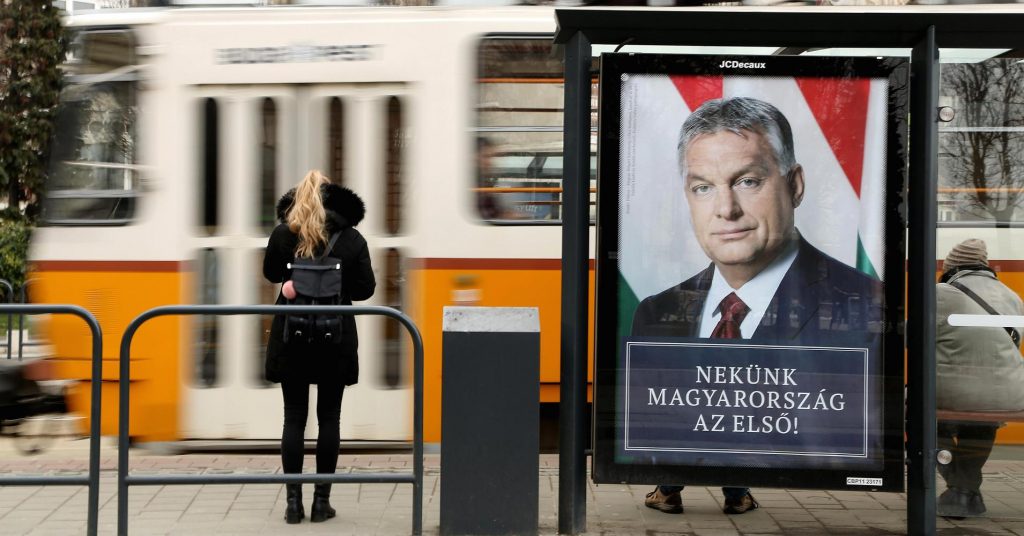