Stock futures were flat on Tuesday as Wall Street gets set to kick off the holiday-shortened week with the S&P 500 at a record high.

West Texas Intermediate crude rose to a six-year high as a key meeting between oil producer group OPEC and its partners on crude output policy has been called off. The postponement came as the United Arab Emirates rejected a proposal to extend oil production increase for a second day.

U.S. shares of Chinese ride-hailing giant Didi plunged as much as 25% in premarket trading after China said new users could not download the app until it conducts a cybersecurity review. The announcement took markets by surprise given that Didi just made its U.S. debut on the NYSE last week.

The S&P 500 is coming off a seven-day winning streak, its longest since August, amid a string of solid economic reports including a better-than-expected jobs report on Friday. The tech-heavy Nasdaq Composite also reached a record high in the previous session.

The economy added 850,000 jobs last month, according to the Bureau of Labor Statistics. Economists surveyed by Dow Jones were expecting an addition of 706,000.

Still, many on Wall Street expect smaller and choppier gains from the rest of the year after a strong performance in the first half amid a historic economic reopening. The S&P 500 is up nearly 16% year to date.

“The US economy is booming, but this is now a known known and asset markets reflect it. What isn’t so clear anymore is at what price this growth will accrue,” Michael Wilson, chief U.S. equity strategist at Morgan Stanley, said in a note.

“Higher costs mean lower profits, another reason why the overall equity market has been narrowing… equity markets are likely to take a break this summer as things heat up,” Wilson said.

Wall Street’s consensus year-end target for the S&P 500 stands at 4,276, representing a near 2% loss from Friday’s close of 4,352.34, according to the CNBC Market Strategist Survey that rounds up 16 top strategists’ forecasts.

Investors await the release of June Federal Open Market Committee meeting minutes due Wednesday for clues about the central bank’s behind-the-scenes discussions on winding down its quantitative easing program.

Details emerge about teen and mom recused from condo collapse

Tue Jul 6 , 2021
When 16-year-old rising volleyball star Deven Gonzalez was pulled from the rubble of her Surfside, Florida condo building, her initial reaction amid the shock was to tell firefighters that she had to compete in a major tournament in a few days. The teen’s world revolved around volleyball. She played beach […] 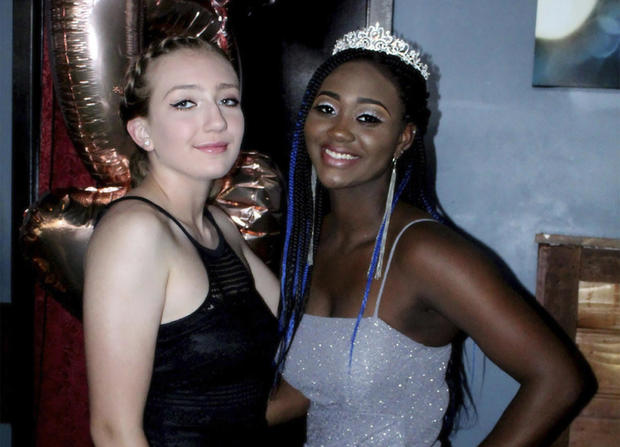