TOKYO (Reuters) – The British pound fell from its highest level in almost five months versus the U.S. dollar on Wednesday as investors started to question their optimism about Britain’s negotiations to leave the European Union.

Sterling also pulled back from its highest in five months against the euro as investors booked profit and prepared for a make-or-break summit between Britain and the EU on Thursday and Friday.

The focus is on last-ditch talks that dragged on late into Tuesday night to see whether the two sides can draft an agreement on Brexit before the summit.

Reports the pair were getting closer to an agreement boosted sterling overnight, though traders said sterling could swing wildly because it is still unclear if Britain can avoid postponing its departure beyond Oct. 31.

“Even if the two sides can agree something, it is unclear if they can stick with the exit deadline,” said Yukio Ishizuki, foreign exchange strategist at Daiwa Securities in Tokyo.

“Whether Britain’s parliament will approve whatever has been agreed is another big uncertainty. Sterling had a good run-up, but some investors are lightening their positions.”

The pound on Tuesday jumped after Bloomberg News reported that negotiators hoped an agreement would be reached by midnight on Tuesday in Europe, but a lack of news in Asia about the results of the talks helped push the currency lower, traders said.

Without a Brexit deal, trade from Britain that previously flowed unhindered across the EU’s single market would be subject to customs tariffs and safety inspections, which many fear would cause economic turmoil.

The yen <JPY=EBS> held steady at 108.81 per dollar, within striking distance of a two-month low.

The Japanese currency initially weakened on Tuesday due to hopes Britain will avoid a messy no-deal Brexit, but those gains were countered in Asia on Wednesday by growing disappointment with U.S. efforts to scale back its trade war with China.

Reports of a “Phase 1” trade deal between the United Statesand China last week initially cheered markets but the dearthof details around the agreement has since curbed anyenthusiasm.

Wed Oct 16 , 2019
LeBron James of Los Angeles Lakers (R) takes a shot while being guarded by Theo Pinson of the Brooklyn Nets (L) during their National Basketball Association (NBA) pre-season match at the Mercedes Benz Arena in Shanghai on October 10, 2019. Hector Retamal | AFP | Getty Images When the ball […] 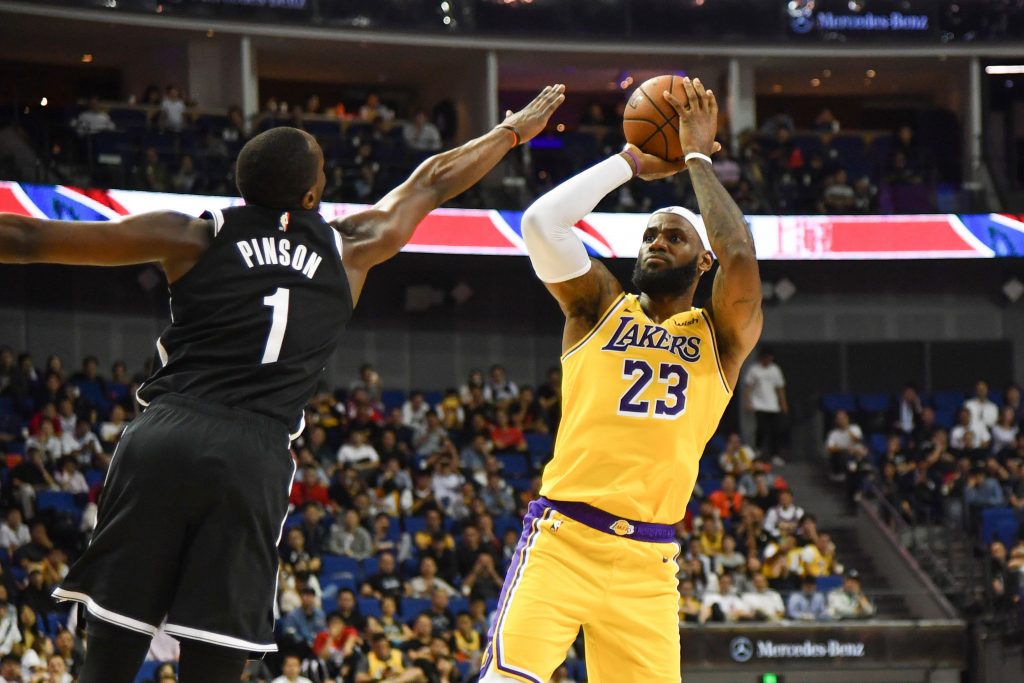