Authorities in Belgium say a 27th elderly person has died in a coronavirus outbreak at a retirement home from a super-spreading St. Nick party last month but they hope the situation is now under control.

The Hemelrijck home in the northern Belgium city of Mol had organized a Dec. 4 visit from a troupe playing the beloved saint who usually spreads mirth and presents. But the city and families of some of the deceased have complained that the nursing home should never have organized the party when restrictive measures on events were in place throughout the country to contain the pandemic.

The Mol municipality said “the event was not coordinated with the crisis cell,” and if they had heard about it beforehand they would have stopped it.

The municipality said that a 27th person had died.

At the Hemelrijck nursing home, no one was available for comment Friday. At last count, the home had 88 infections among residents and 42 among staff.

Lily Lenaerts, whose sister Angele, 85, was the first to die after the outbreak, is upset at how the nursing home is treating family members.

“I still have not received a condolence card (from the nursing home) and I have been visiting for four years,” she told the Het Laatste Nieuws.

St. Nicholas is the traditional Dec. 6 day to give presents and is much more important to children in Belgium than Santa Claus on Dec. 25, which is primarily a family gathering.

Initially, one of the actors of the St. Nick group had been thought to be the source of the outbreak, but subsequent research could not be fully conclusive.

Belgium’s eminent virologist, Marc Van Ranst, said it could “not be said with 100% certainty that he introduced it in the care home.” He added “the man was a volunteer in the care home and theoretically could have been infected by a resident or a staff member.”

The city said the outbreak was finally stabilizing.

“The health condition of the residents has shown a marked improvement,” the city said in a statement.

Belgium, a nation of 11.5 million, has been badly hit by the pandemic with 19,528 confirmed virus deaths so far, many of them in nursing homes.

Mon Jan 4 , 2021
The nation’s COVID-19 death toll topped 350,000 over the weekend as overwhelmed health care workers beg people to heed CDC health warnings. While some of the most vulnerable spent hours waiting in line for a vaccine, others gathered, traveled and reveled for New Year’s Eve. David Begnaud reports. Free America […] 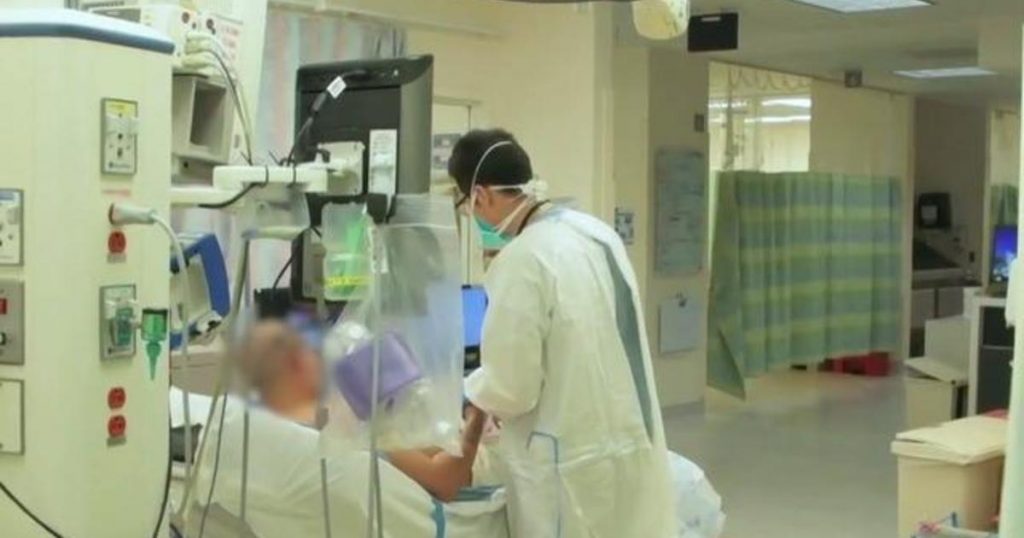