BARCELONA (Reuters) – Spain’s acting prime minister accused Catalonia’s pro-seccession president of failing in his duty to ensure public order and peace between pro and anti-indepedence supporters as he visited regional capital Barcelona on Monday following a week of riots.

Prime Minister Pedro Sanchez said in a toughly-worded letter that Catalan president Quim Torra had “turned his back” on the security forces and he reiterated that Torra should forcefully condemn the unrest.

The regional government said Torra had requested a meeting with Sanchez during his visit to see security forces in Barcelona, but it was not immediately clear if this would happen.

Barcelona has been hit by seven consecutive nights of sometimes violent protests following the jailing last week of nine Catalan separatists found guilty of sedition over their role in leading a failed 2017 drive for independence.

A small crowd of protesters greeted Sanchez as he arrived, blowing horns and yelling as he walked into the national police headquarters, which has been the focal point of much of the recent violence.

Sanchez told Torra that his job as head of the regional government was to protect public safety and ensure a harmonious co-existence between the pro- and anti-secessionist camps.

“Your conduct in the past few days has gone in precisely the opposite direction,” Sanchez said in the letter.

Torra said in a statement at the weekend he had always condemned violence and criticized the prime minister for shunning dialogue.

Replying to Sanchez’s letter on Monday, Torra asked for “dialogue without conditions”. His written response, which was released by his office, made no mention of the violence.

Spanish media reported that Torra tried to talk to Sanchez by telephone on both Saturday and Sunday, but was rebuffed.

A spokeswoman for the pro-independence party Esquerra Republicana de Catalunya (ERC), which is allied with Torra’s group, condemned the prime minister on Monday for not talking directly to the Catalan government.

“Sanchez is refusing dialogue for the umpteenth time. (This shows) disrespect to the people of Catalonia,” Marta Vilalta Torres said.

Sanchez will visit injured police officers and meet security forces, the government said. The interior ministry said on Sunday that 288 police had been hurt in the clashes and 194 people arrested.

The unrest in Catalonia comes as political parties in Spain gear up for a snap national election on Nov. 10, the second vote this year.

The issue of Catalan separation has dominated the country’s fractured political debate in recent years and is likely to continue to do so in the run-up to next month’s ballot.

Spain’s main parties have consistently refused to hold an independence referendum in Catalonia, although the ruling Socialists say they are open to dialogue on other issues.

Adding to political tensions, the government announced on Monday that the body of former dictator General Francisco Franco would be exhumed on Thursday from a state mausoleum that the Socialists and others have criticized as a monument to fascism.

Although four decades have passed since the end of Franco’s rule, he remains a highly contentious figure in Spain.

The Catalan separatists have evoked Franco’s name in their criticism of the Madrid government’s handling of the independence crisis.

Mon Oct 21 , 2019
New revelations are raising risks for Boeing, and some Wall Street analysts are starting to throw in the towel on plane manufacturer after keeping buy ratings on the stock throughout the 737 Max debacle. Credit Suisse and UBS downgraded the shares to neutral from buy on Monday with both citing […] 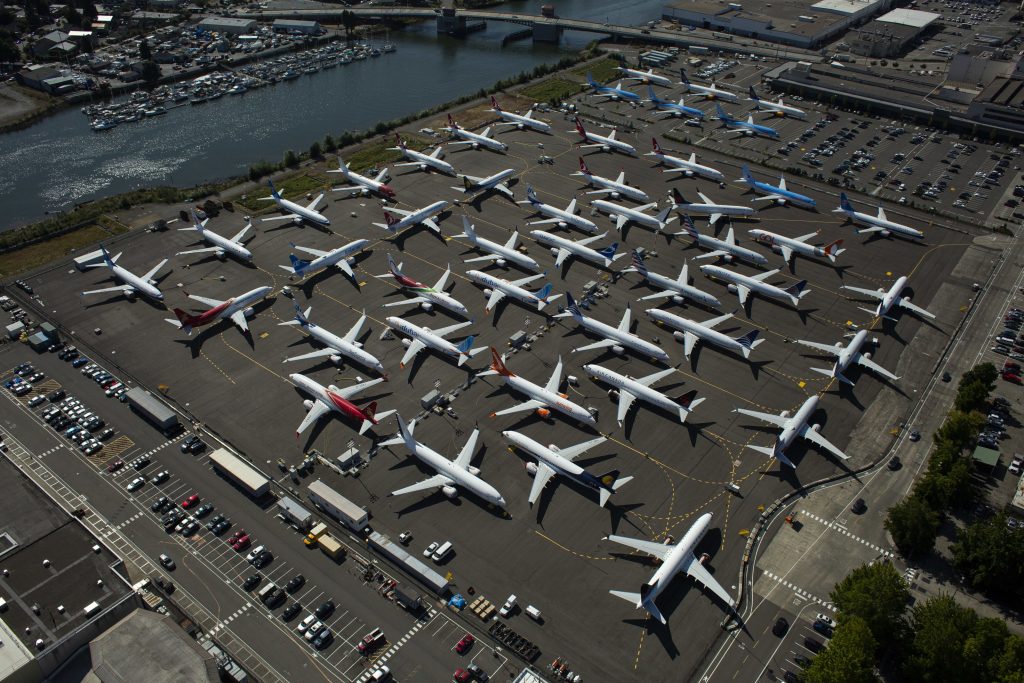