Futures contracts tied to the S&P 500 turned positive shortly before the opening bell on Thursday with technology stocks set to rebound.

In the latest gauge for the pace of labor-market recovery, first-time claims for unemployment benefits for the week ended May 15 came in at 444,000,  the Labor Department reported Thursday. Economist surveyed by Dow Jones had been expecting 452,000 new claims.

Shares of Cisco dropped 5% in premarket trading after the tech conglomerate issued weaker-than-expected earnings guidance for the current quarter.

The move in futures followed a roller-coaster session on Wall Street triggered by a sudden drop in bitcoin, which led to a sharp sell-off in many speculative areas of the market. Cryptocurrency-linked shares, including Tesla, Coinbase and MicroStrategy, led the market decline as bitcoin tanked as much as 30% at one point Wednesday.

After touching nearly $30,000 at its low, bitcoin made back some of those losses later Wednesday. The stock market closed well off its lows as bitcoin rebounded.

On Thursday, the cryptocurrency was slightly higher at around $40,000, according to Coin Metrics. Coinbase shares were higher in early trading Thursday after Wedbush said to buy the crypto-exchange despite the volatility.

The S&P 500 slid 1.6% at its session low in the previous session but recouped most of the losses to close down just 0.3% as the bitcoin stabilized. The blue-chip Dow finished the session about 160 points lower after plunging 580 points at one point. The tech-heavy Nasdaq Composite ended the day flat, erasing a 1.7% drop.

Wednesday was the third straight day of losses for the Dow, which is down 1.4% for the week. The average lost about 1% last week as the market rally to highs stalls.

Thu May 20 , 2021
The procession of Americans heading to the unemployment line continued to decrease last week, with jobless claims totaling a fresh pandemic-era low of 444,000, the Labor Department reported Thursday. Economist surveyed by Dow Jones had been expecting 452,000 new claims as the jobs picture continues to improve thanks to an […] 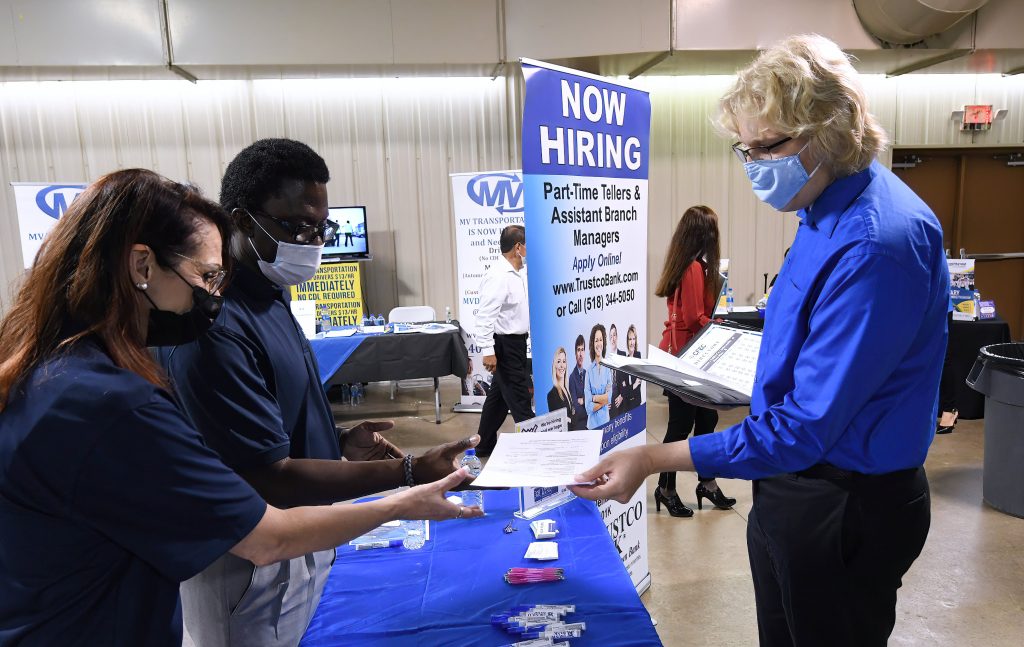