S&P 500 futures rose slightly in volatile trading Wednesday as results of the presidential election rolled in without a clear winner yet. Futures for the Nasdaq 100 index, home to many tech stocks, outperformed, but broader market gains were capped as both candidates claimed they were on pace to winning.

S&P 500 futures gained 0.6%. Dow Jones Industrial Average futures alternated between sharp gains and losses. At around 12:51 a.m. ET, they were flat. Nasdaq 100 futures traded 2.2% higher. Earlier in the session, those contracts were up more than 3%.

As the night goes on, it’s becoming less likely that there will be a call in the presidential race on election night.

Democratic nominee Joe Biden appeared to be unable to take North Carolina, with President Donald Trump holding a lead in that state, according to NBC News. However, Biden was leading in Arizona, although NBC News said it was too early to call the state. Key swing states Michigan, Wisconsin and Pennsylvania could take days to determine.

Meanwhile, Trump tweeted: “We are up BIG, but they are trying to STEAL the Election.”

So far, Trump will win the presidential vote in Florida, Indiana and Kentucky along with South Dakota, Arkansas and Ohio, NBC News projects. Trump is also projected to win Alabama and North Dakota. Biden is projected to win Vermont, Delaware, Maryland and Massachusetts as well as Colorado, New York and Virginia, according to NBC News.

Investors were also watching to see if Republicans would maintain their majority in the Senate.

Other financial markets markets were gyrating as results came in:

During Tuesday’s regular trading, the Dow popped more than 500 points, or 2.1%. The S&P 500 gained 1.8%, and the Nasdaq Composite advanced 1.9%. Those gains added to Monday’s strong performance.

Biden was ahead of Trump in the polls leading up to Tuesday. Wall Street is also watching some key races to see which party gains control of the Senate. Republican Sen. Joni Ernst is projected to win the Iowa Senate race.

Some investors were betting on a so-called blue wave, a scenario in which Democrats win the White House and retake a Senate majority. Some of those investors had been rotating out of tech stocks on the notion that Democrats would institute higher taxes that would hit those shares. The theory is that investors would sell winning tech stocks before higher capital gains taxes were implemented. A Trump win, or Republicans maintaining a Senate majority, would make that scenario less likely.

Wed Nov 4 , 2020
Watch Fox Business Network streaming live on the web. The Chinese are facing the reality that President Trump could be around four more years which may mean more tariffs and crackdowns as promised by the Commander in Chief. Continue Reading Below The Chinese yuan fell sharply against the U.S. dollar as President […] 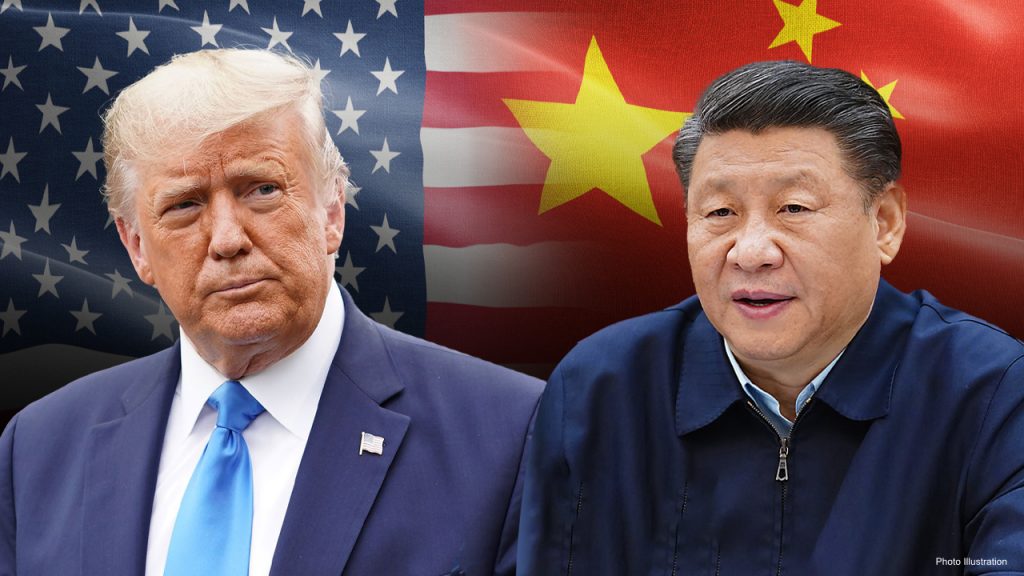