A social media post claims that Social Security checks have not been sent by mail “since 2013 because it’s not secure.” The Social Security Administration required electronic payment transfers in compliance with a 1996 federal law — not due to security concerns. Even so, about 850,000 checks are still mailed each month.

In late August, posts claiming that the Social Security Administration stopped using the postal service due to security concerns began circulating on Facebook.

“Social Security checks do not go through the postal service since 2013 because it’s not secure,” one post reads. “Let that sink in.”

The post has garnered over 19K shares since its publication on Aug. 20. A slightly different version of the post claimed that then-President Barack Obama had “determined Social Security would not send checks through the USPS, because it was not secure!?”

More recently, this misleading statement has resurfaced on Twitter.

“Social Security checks do not go through the postal service since 2013 … because it’s not secure,” reads a Sept. 20 tweet. “Let that sink in.”

Though these tweets have received significantly less attention than their Facebook counterparts, they still perpetuate the same misinformation.

Shortly after the new requirement was implemented, Social Security Administration official Theresa Gruber told a Senate committee that the switch to electronic payment had been mandated by 1996 law that required “all federal payments [to] be made electronically after January 1, 1999, with limited exceptions.”

“Over time and through regulation, Treasury has encouraged more and more beneficiaries to receive their benefit payments electronically,” Gruber testified on June 19, 2013. Treasury issued a final rule in late December 2010 that required Social Security checks to be sent electronically, and it took effect March 2013, she said.

Prior to the 2013 electronic payment mandate, about 94% of Social Security retirement benefits and 83% of Supplemental Security Income payments were already being made electronically, she testified.

Additionally, beneficiaries can still apply for a waiver that exempts them from the electronic requirement.

As of September, the Social Security Administration sent paper checks to 852,279 people who get either Social Security or Supplemental Security Income payments. That’s about 1.2% of the 72,296,327 people who received payments that month, according to official data.

At the Senate hearing, Gruber listed the benefits of the electronic transfers, which included a savings in check distribution costs, easier payment during natural disasters, and increased ease of payment tracking. She said it cost the federal government $1.25 to issue a paper check, but only 9 cents for electronic payments.

“One of the objectives of the 1996 Act was to save the government money through increased EFT [electronic fund transfer] use,” the U.S. General Accounting Office — known now as the Government Accountability Office — said in a 2002 report.

Gruber did mention that electronic payments also offered some security benefits, such as the minimized risks of check theft or loss. In 2011, over 440,000 Social Security checks were reported lost or stolen and over $70 million worth of checks were fraudulently endorsed.

However, electronic payments come with their own security concerns, such as identity theft that can result in Social Security payments being rerouted to another bank account without the beneficiary’s knowledge.

The social media posts started circulating in August at a time when President Donald Trump questioned whether the United States Postal Service could handle the surge of mail-in ballots that are expected in the 2020 election. As we have written, the president has relentlessly attacked mail-in voting as “corrupt” and “fraudulent.”

But, contrary to the social media posts, the Social Security Administration didn’t stop mailing checks in 2013 “because it’s not secure.” It was done to comply with a 1996 law, which was primarily designed to save the federal government money. And, as we said, about 850,000 checks are still mailed each month.

Fri Sep 25 , 2020
As President Donald Trump moves forward with his nomination of Judge Amy Coney Barrett to the Supreme Court, the other justices are about to get back to work.  The court is scheduled to hold its end-of-summer conference on Tuesday, where they will consider new cases to hear in the coming […] 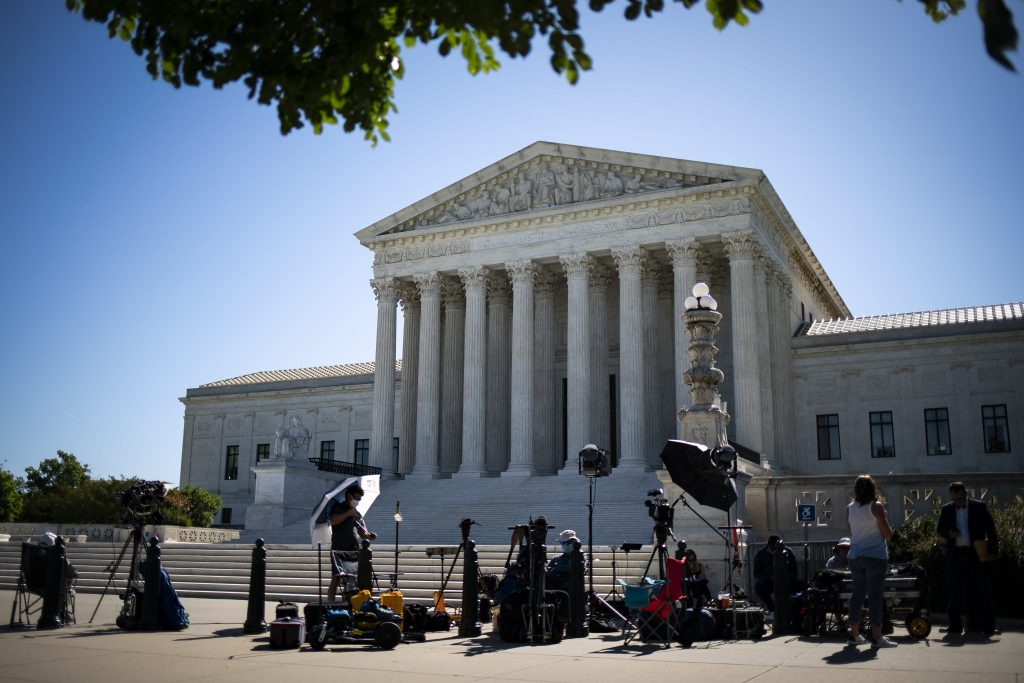