VILLARREAL, Spain (Reuters) – On paper, a Manchester United victory away from home in Europe, especially one that sends them through to the last 16 of the Champions League, is a thing to be celebrated.

But the manner of the 2-0 win in Villarreal on Tuesday night was all too familiar for United fans, with their team below par for much of the contest, before one particular star player bailed them out once more.

Before Cristiano Ronaldo struck in the 78th minute to break home hearts, however, United keeper David De Gea was forced to make several fine saves to keep Villarreal at bay.

And it was not the first time this season Ronaldo has come to the rescue. United may have reached the last 16 with a group game to spare thanks to their win in the Estadio de la Ceramica, but it has been anything but a smooth ride.

It is the third time this season that the Portuguese forward has scored the decisive goal in the final 15 minutes of a Champions League match.

His stoppage-time winner broke Villarreal hearts in the reverse fixture – a match where De Gea was again needed to keep the Spanish side out on plentiful occasions – before Ronaldo completed a 3-2 comeback victory over Atalanta with another late winner.

Not done there, Ronaldo then fired the pivotal last gasp equaliser in United’s last Champions League match at Atalanta – where a loss would have left them up against it to qualify.

In both games against Atalanta and Villarreal, United were second best for long periods of the match. Other poor performances were punished, with United losing seven of their previous 13 in all competitions before Tuesday’s trip to Spain – form which saw Ole Gunnar Solskjaer sacked as coach.

Michael Carrick has come in to take temporary charge, with his first Champions League match following the same pattern as his predecessor’s.

“The game panned out as I thought. When you’ve had results we’ve had and gone through what we have, it would be very foolish to think it would be freeflowing and everything would be wonderful,” Carrick said.

“I had a feeling it would be a tight game. I thought we’d be better after half time but it proved to be a little bit tougher at the start of the second half.

“We had players to change it, and in the end it worked out.”

Thanks to Ronaldo – and Jadon Sancho’s stoppage-time strike – it did work out for United, but it will take more than the sacking of Solskjaer to lift performance levels at the club.

New Zealand to start reopening borders to world from January

Wed Nov 24 , 2021
New Zealand will reopen its borders to the world over the coming months, allowing for the return of displaced residents from January and tourists from April By NICK PERRY Associated Press November 24, 2021, 3:51 AM • 3 min read Share to FacebookShare to TwitterEmail this article WELLINGTON, New Zealand […] 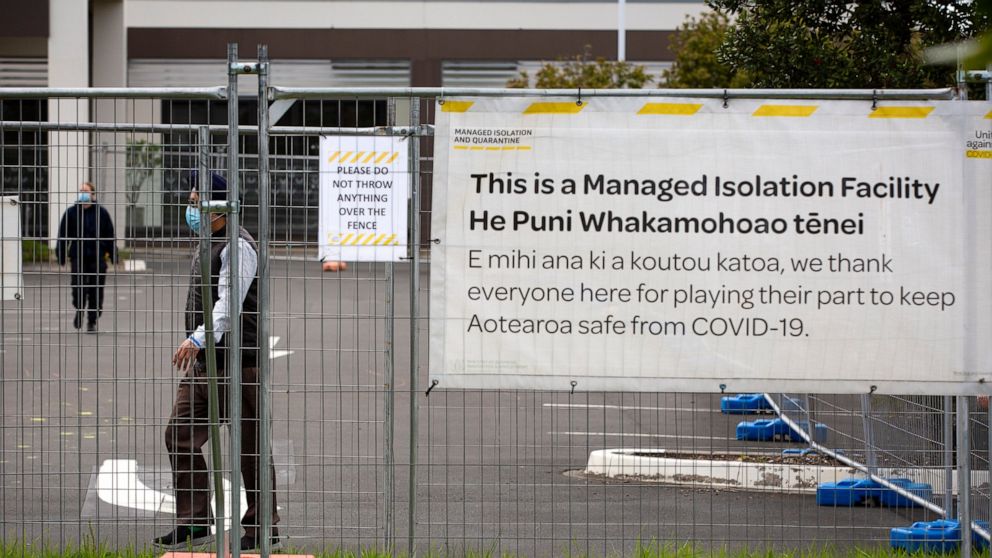