Watch the CBSN Originals documentary feature “Welcome to Pine Lake” in the video player above. It premieres on CBSN Sunday, October 11 at 8 p.m. ET.

About 30 minutes east of Atlanta lies a small city led by a female mayor and an all-women council. The police chief is a Black woman, as is the municipal judge and the court solicitor.

The City of Pine Lake, Georgia, prides itself as a liberal oasis in an otherwise conservative-leaning state, a community that backed Stacey Abrams‘ 2018 gubernatorial campaign and has a history of gay or lesbian city council members. But there’s a not-so-progressive reality in Pine Lake as well — systemic racism in the way the city has brought in revenue.

Though the city has fewer than 800 people, the police department writes hundreds of traffic tickets every year along Rockbridge Road — a stretch of county road that skirts the edge of town — and court documents reveal that a vast majority of tickets are issued to Black drivers from the surrounding county and other cities. Black residents in the area say this stems from aggressive policing tactics that date back many years and still linger today.

The mayor and police chief disagree, and say it’s simply a matter of who’s frequenting Rockbridge.

But that racial disparity isn’t just a coincidence. It’s a result of the city’s decision to focus so much of its police presence on patrolling this 1/3-of-a-mile stretch of road.

“It is an ATM machine,” said filmmaker Elisa Gambino, who began shooting the documentary “Welcome to Pine Lake” in 2018. “In the film, the mayor states that traffic pays for approximately 100% of the police department.”

Pine Lake police issued 2,807 traffic tickets between 2017 and 2019, and 2,481 — about 88% — went to Black people, city data shows. The ticket volume means Pine Lake’s courthouse is filled with mostly Black people, despite the fact that the city’s population is majority White. Police Chief Sarai Y’hudah-Green told CBSN Originals that she has noticed the courtroom filled with Black defendants.

“The optics kinda suck for me sometimes,” Green said, “but I have confidence in our officers and their ethics.”

An Atlanta Journal-Constitution/WSB-TV investigation from 1999 found that Pine Lake wrote more tickets than any Georgia municipality over the previous decade. Ticketing hit its peak in 1998-99, the newspaper said, when the $830,000-plus in revenue from citations funded three-quarters of the city budget. Critics at the time accused city leaders of policing for profit.

DeKalb County resident Quinton Wilson, who is Black, remembers moving to the area as a teenager and how much dismay he and his friends felt whenever they had to drive along Rockbridge.

“God forbid if you had to come through Pine Lake and had to go through Stone Mountain ’cause you’ll get a ticket in Pine Lake and get harassed like crazy and get locked up in Stone Mountain,” Wilson said. “It always happened like that so we always tried to avoid this area.”

Twenty years later, the police force has been reduced by 75% and many in Pine Lake believe the problem was corrected long ago. But other area residents say overpolicing still exists.

Kent Morris, a barber who worked on Rockbridge Road within Pine Lake’s city limits, said he believes there’s so much ticketing because the police department needs the income.

“There’s not much money coming in from the police department, so of course they’re going to pull over everybody and try to get as much money as they can,” said Morris, who is Black and goes by June da Barber. “They have to do that to meet their quota.”

The police department doesn’t have a ticket quota to fill, Green told CBS News. And she said tickets are no longer such a major revenue stream for the city. The average annual ticket revenue the last several years was $210,850 — roughly a quarter of what it was 20 years ago, Pine Lake data shows.

More than 7 million cars use Rockbridge every year and most tickets are issued for violations like expired tags, running a red light or texting while driving, city officials said.

“They’re giving most of the tickets for crimes of poverty — the data show the majority are for expired tags, which is not a public safety issue,” Gambino said.

Despite the decline, Morris said the ticketing problems of the past created a stigma about Pine Lake that won’t soon be forgotten — no matter who is leading the city today.

Gambino adds, “As long as the city council does not fund the police adequately, the city will continue extracting money through taxation by citation on the backs of those who do not live in Pine Lake. That is why the stigma remains, a stigma rooted in reality for many.”

Pine Lake resident Suzy Tarnower, who is White, has seen the effects too. “Every African American friend I have, that’s the first comment out there. ‘You live in Pine Lake? Really? I’m not going to come visit.'”

CBSN Originals presents “Welcome to Pine Lake” is available to stream now in the video player above. It premieres on CBSN Sunday, October 11 at 8 p.m. ET.

Download the free CBS News app on your mobile or streaming device. CBSN streaming is available on all major platforms, including iOS, Android, Roku, Amazon, Apple, Samsung and Pluto.

Thu Oct 8 , 2020
Regeneron‘s stock price rose over 4% in pre-market trade Thursday, as it submitted an “emergency use authorization” (EUA) request to the U.S. Food and Drug Administration for its Covid-19 antibody treatment. Its “REGN-COV2” monoclonal antibody coronavirus therapy is what President Donald Trump took last week after being diagnosed with the […] 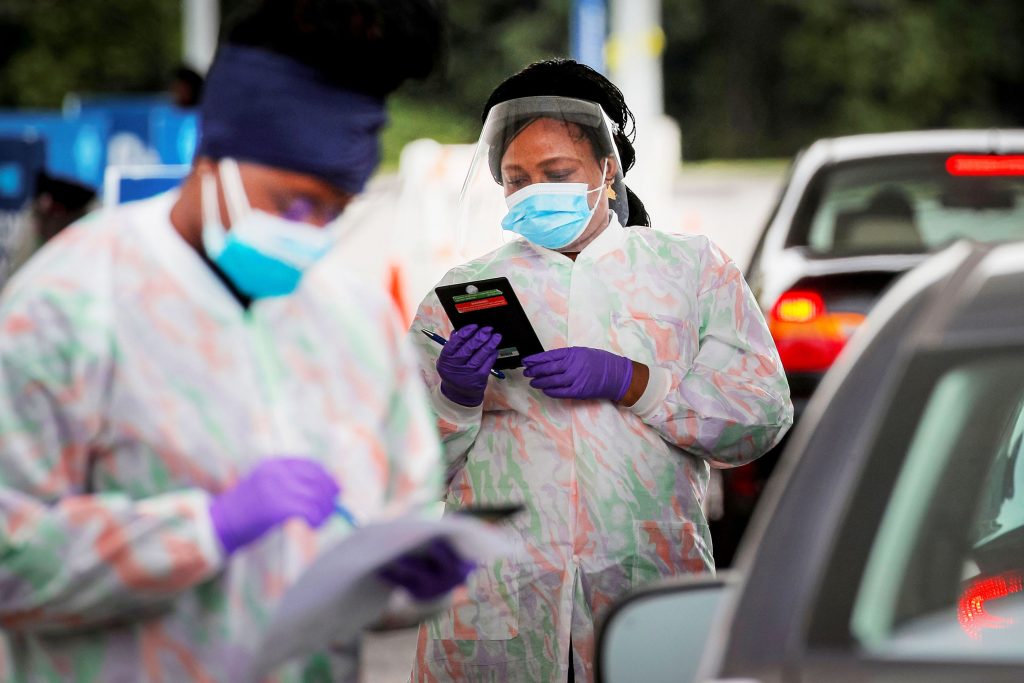