Slovak Prime Minister Peter Pellegrini talks to the media as he arrives for the informal meeting of European Union leaders ahead of the EU summit, in Salzburg, Austria, September 19, 2018. REUTERS/Lisi Niesner

By Tatiana Jancarikova and Jason Hovet

STRBSKE PLESO, Slovakia (Reuters) – Slovakia must produce deeds not words to stamp out corruption and mafia-style crime, the prime minister said, after the murder of a journalist investigating EU subsidy fraud rattled the nation and prompted the resignation of his predecessor.

Prime Minister Peter Pellegrini said the killing in February of 27-year-old reporter Jan Kuciak, who was found shot dead at his home along with his fiancee, had tarnished Slovakia’s image.

Kuciak brought attention to Italian businessmen in Slovakia with suspected mafia links and their alleged subsidy fraud in eastern Slovakia.

Pellegrini said his cabinet had initiated legislation to strengthen the independence of the police chief to tackle corruption. He said his government was looking at new systems to prevent subsidy fraud.

“We have to produce deeds, not words to restore trust in this government among those people who have lost it,” Pellegrini said.

After almost a decade-and-a-half in the European Union, Slovakia has seen living standards jump among its 5.4 million people, thanks to strong economic growth driven by automotive production.

Kuciak’s murder led to massive nationwide protests against corruption and the government, prompting the resignation of longtime prime minister Robert Fico. However, his government coalition remains intact, led by his former deputy Pellegrini.

Police made their first arrests in the case after raids last week, but prosecutors have yet to detail motives in the killing.

“The arrests of the (suspected) murderers are not the end of the investigation,” Pellegrini said on Friday on the sidelines of the Globsec Tatra Summit at a Slovak mountain resort.

“The only catharsis will be to identify who ordered the murder, convict him or her and deliver a fair verdict,” he said in an interview with Reuters.

Slovakia is a member of the Visegrad group of central European countries – along with the Czech Republic, Hungary and Poland – that have battled with the EU executive over migration policy in recent years.

Their opposition to Brussels-imposed quotas to re-distribute asylum seekers led to the plan being dropped.

But Pellegrini said the Visegrad group, whose members are among the EU’s fastest economic growth engines, should not be labeled “troublemakers” and disputes should be resolved through dialogue.

Hungary and Poland have been under the threat of facing the bloc’s punitive Article 7 procedure over rule of law concerns that could eventually strip them of voting rights.

“I strongly believe… that dialogue will lead to concessions on both sides that will result in an agreement, avoiding the vote and activation of Article 7 that bans a member state from voting… That would be very bad,” he said.

India seeks to reassure markets on deregulation of fuel prices

Sat Oct 6 , 2018
A worker holds a nozzle to pump petrol into a vehicle at a fuel station in Mumbai, India, May 21, 2018. REUTERS/Francis Mascarenhas October 6, 2018 NEW DELHI (Reuters) – India on Saturday sought to assure investors that the government would not go back to regulating fuel prices, a day […] 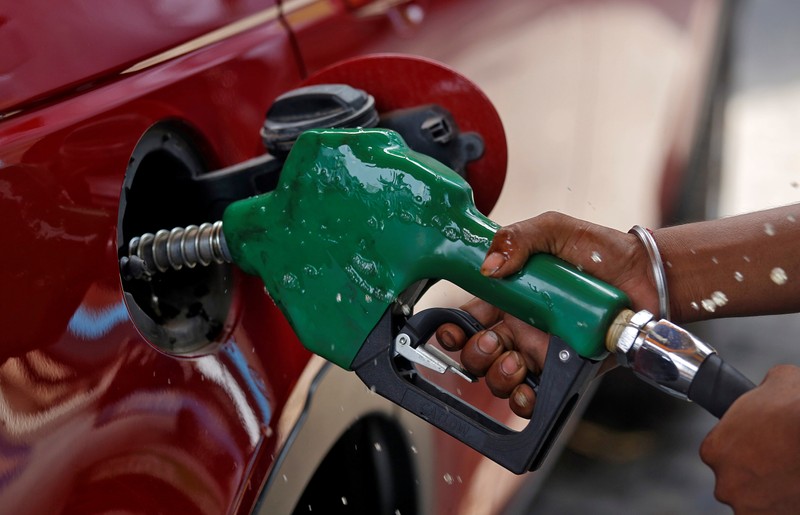