A protester with the group ‘Raging Grannies’ holds a sign during a demonstration outside of Facebook headquarters on April 5, 2018 in Menlo Park, California.

Just because Silicon Valley makes tech doesn’t mean it wants tech in its own back yard.

The increased pushback comes as companies including Facebook and Google face scrutiny from local residents and lawmakers for their data collection practices and effect on California’s housing crunch. Just like its tech, policies adopted in the Silicon Valley are likely to get replicated elsewhere in the country.

Santa Clara city officials this week discussed revamping zoning that would limit Airbnb stays and loopholes. That includes limiting the number of renters and days and in an Airbnb or similar rental. It would also require renters to demonstrate a “common living arrangement” by meeting new requirements, including sharing a single lease and chores, according to San Jose Spotlight.

The potential changes come after community members said “their quality of life is being negatively impacted” by the housing crunch and its environment, taking a subtle jab at the tech industry. Santa Clara and its neighboring cities have increasingly complained about displacement from expanding tech giants like Google, which is planning to build a massive 80-acre mixed use tech campus.

Meanwhile, the city of Berkeley joined San Francisco and Oakland in being among the first cities in the country to ban facial recognition technology. “The programmatic automation of surveillance fundamentally undermines the community’s liberty,” council members wrote, according to city documents. The ruling, which came after a unanimous city vote Tuesday, represented another another move by residents against technology that utilizes artificial intelligence but whose practices are loose and unregulated.

San Francisco went one step further and banned cars — not just self-driving cars or ride-sharing vehicles, but all cars — on one of its most popular streets this week. The Municipal Transportation Agency board voted unanimously to ban vehicles on a corridor of Market Street, which is essentially the bloodline through San Francisco’s bustling financial district.

It’s an attempt to make the downtown area safer for pedestrians and cyclists, according to the ruling. Construction will begin in January to extend transit lanes, widen sidewalks, replace age-old bricks, and add a sidewalk-level protected bike path, according to the San Francisco Chronicle.

Sat Oct 19 , 2019
FBI agents finish loading materials into a truck out of the home of United Auto Workers President Gary Jones on Wednesday, Aug. 28, 2019. Michael Wayland / CNBC DETROIT – A tentative agreement between the United Auto Workers and General Motors that was reached this week would dissolve a jointly-operated […] 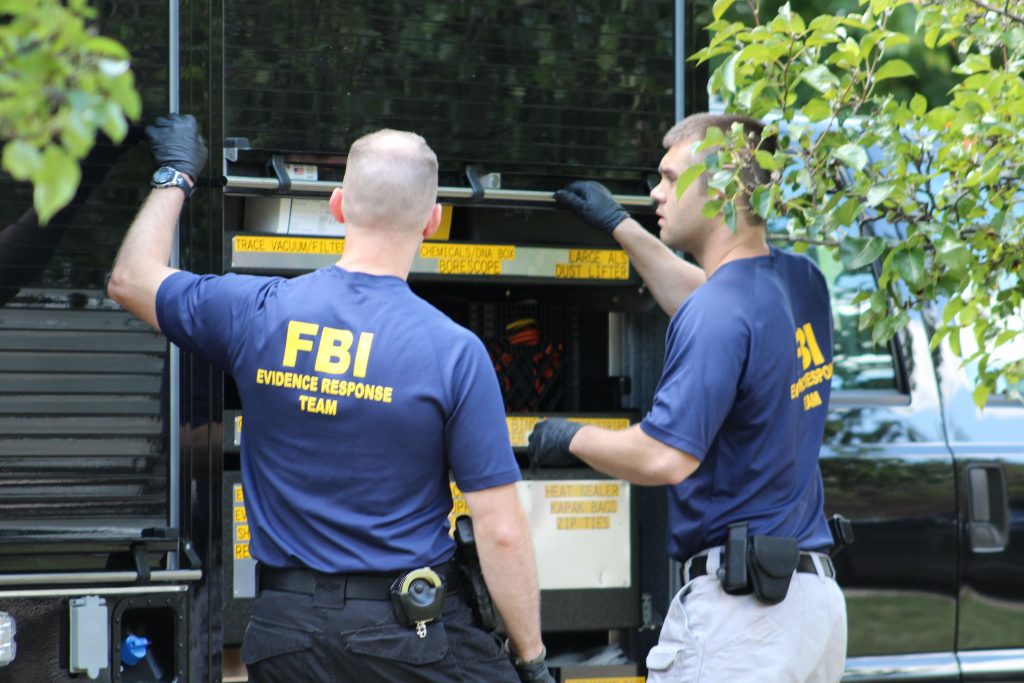