Google is deepening its partnership with Shopify by making it easier for the company’s 1.7 million merchants to reach shoppers in Google Search and across some of its other properties.

The move comes as Google and Shopify are ramping up their efforts to compete against Amazon in e-commerce. Amazon is also increasingly competing with Google on search ads for commercial queries, which typically mean a consumer is actively considering a purchase, and is expected to earn 19% of all search ad revenue this year, compared with about 57% for Google, according to eMarketer.

Shares of Shopify popped as much as 4% on the news, closing up more than 3% on the day.

Google made the announcement during its conference for software developers, Google I/O, which kicked off on Tuesday. The company didn’t offer many details about the integration, but it said it will allow Shopify businesses to appear across Google Search, Maps, Lens, Images and YouTube “with just a few clicks.”

In a blog post, Google said this will make Shopify merchants’ products more discoverable across its various properties.

“We believe you deserve the most choice available and we’ll continue to innovate on shopping every step of the way,” said Bill Ready, president of commerce and payments at Google, during a presentation at I/O.

Separately, the company announced other enhancements to its e-commerce functionality: For instance, Google’s Chrome browser will persistently display shopping carts when people open new tabs, so they can return to shopping after doing other tasks.

At the start of the pandemic, Google said it was waiving commission fees for merchants that participate in its “Buy” program, which allows consumers to search for and check out retailers’ products directly on its platform without being directed to retailers’ sites. The company also said it would be opening its platform to third-party providers, including PayPal and Shopify, to allow retailers more buying options outside of its own platform.

Google is trying again to ramp up its e-commerce efforts, as the pandemic has created long-lasting demand for online buying, which Google’s competitors have cashed in on.

In a blog post, the company said, “As we eliminate barriers like fees and improve our technology, we’ve seen a 70% increase in the size of our product catalog and an 80% increase in merchants on our platform.”

Tue May 18 , 2021
A bear statue stands outside the Frankfurt Stock Exchange, operated by Deutsche Boerse AG, in Frankfurt, Germany, on Friday, March 13, 2020. Alex Kraus | Bloomberg | Getty Images CNBC’s Jim Cramer on Tuesday advised investors to keep an eye on market volatility, considering that there could be more downside […] 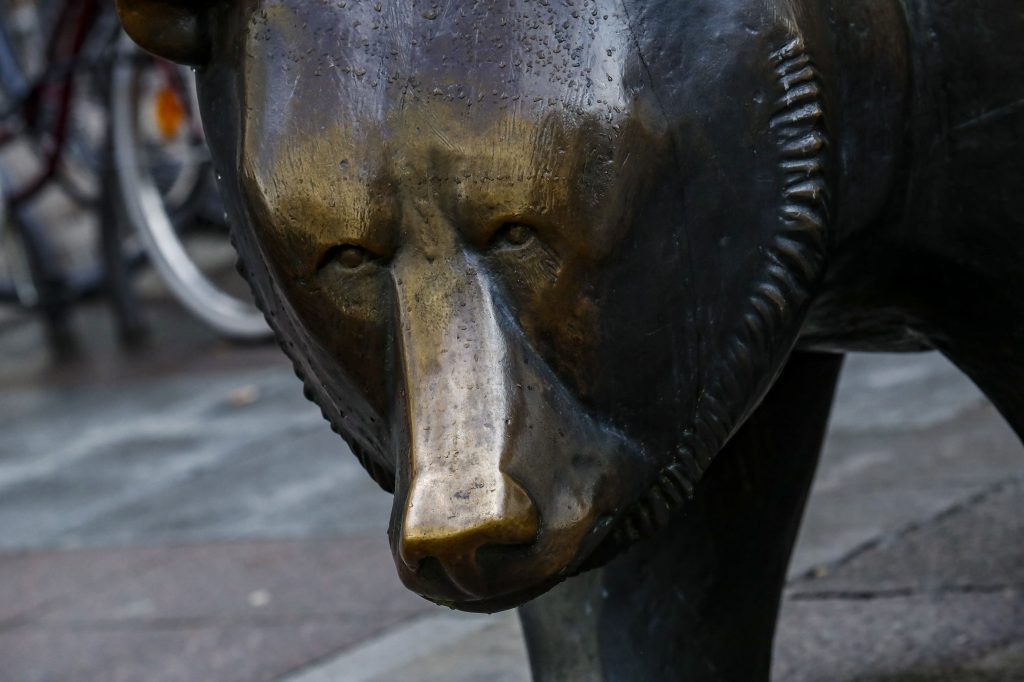