FILE PHOTO: A logo of Kroger is displayed on a monitor above the floor of the New York Stock Exchange shortly after the opening bell in New York, U.S., December 5, 2017. REUTERS/Lucas Jackson/File Photo

The company’s shares tumbled as much as 9.1%.

U.S. retailers have been spending more on shipping and labor this year, as pandemic-driven port congestion and a shortage of drivers increase the cost of stocking up their shelves.

“Consistent with many retailers, we experienced supply chain constraints and increased warehouse and transportation costs during the quarter,” Kroger Chief Financial Officer Gary Millerchip said on an earnings call.

“We expect supply chain costs to remain elevated in the second half of the year.”

Kroger’s gross margin – the revenue left after deducting the costs of goods sold – was 21.4% in the second quarter, compared with 22.6% in the first.

Packaged food makers and grocers that sell their own private-label products have also reeled under higher costs of ingredients, such as wheat, meat and edible oils, forcing them to raise prices and warn of future increases as well.

“The messaging (from Kroger) was that… some inflation – notably on meat – was not fully passed on to consumers,” J.P. Morgan analysts wrote in a note.

However, a boom in at-home cooking during the pandemic helped the operator of Ralphs, Dillons and Fred Meyer stores raise its annual adjusted profit forecast to between $3.25 and $3.35 per share, ahead of analysts’ expectations, after topping second-quarter sales and earnings estimates.

To attract new customers and turn existing ones into more loyal shoppers, the chain has launched in Florida “Kroger Delivery Savings Pass,” a service that offers unlimited delivery for $79 annually.

(Reporting by Praveen Paramasivam in Bengaluru; Editing by Aditya Soni and Shailesh Kuber) 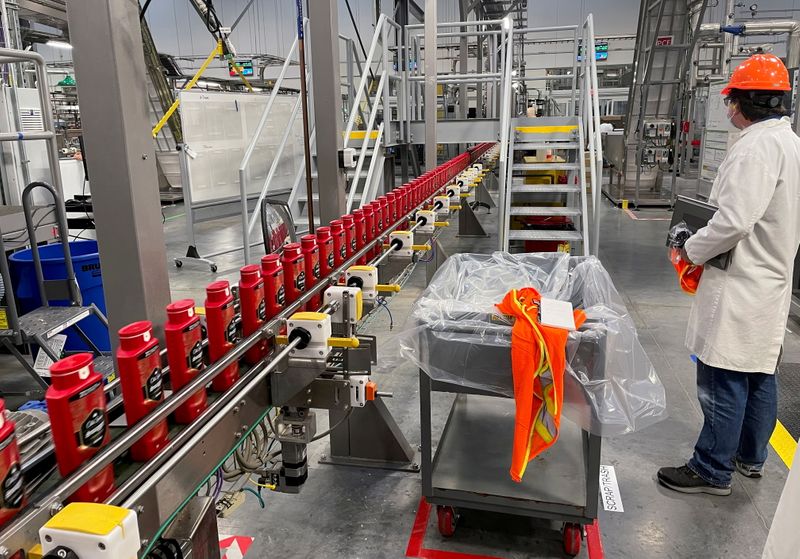