A Xpeng P7 electric car is on display during the 18th Guangzhou International Automobile Exhibition at China Import and Export Fair Complex on November 20, 2020 in Guangzhou, Guangdong Province of China.

GUANGZHOU, China — Shares of U.S.-listed electric vehicle maker Xpeng rose at the open before turning negative on Wednesday in their Hong Kong debut.

The electric carmaker is already listed in the U.S. Usually, Chinese companies listed on Wall Street will do what’s known as a secondary listing, usually in Hong Kong. This is where a company, listed on one exchange, goes on to sell shares on another.

But Xpeng’s share offering is a dual-primary listing. That means it will be subject to the rules and oversight of both U.S. and Hong Kong regulators, which isn’t the case with a secondary listing.

U.S.-listed Chinese companies have looked to list in Hong Kong as a way to hedge against tensions between China and the United States.

Earlier this year, U.S. Securities and Exchange Commission adopted rules that impose stricter auditing requirements on foreign firms listed in the U.S. Those requirements carry the threat of delisting for companies that run afoul of the rules.

“I would say our Hong Kong listing is a very strategic decision. In it, I think obviously, you know, hedging against geopolitical risks is only one of the considerations,” Brian Gu, president of Xpeng, told CNBC’s Emily Tan.

“But in the long run though, we would like to have a listing venue that get us closer to home because we’re a consumer brand in China. Ultimately we want our customers to be our shareholders, and having the dual primary listing status in HK (Hong Kong) will give us eligibility to be connected to Chinese capital markets.”

But Chinese firms listed in the U.S. could also face scrutiny at home. On Tuesday, Beijing said it will step up supervision of companies listed overseas. The government plans to improve rules around cross-border data flows and security. The move comes after regulators launched a cybersecurity review into ride-hailing company Didi and forced app stores to remove it from download, days after its U.S. initial public offering.

Xpeng, known for its P7 sedan and G3 SUV, delivered 6,565 vehicles in June — that’s a 617% increase year-on-year and a monthly record. The Guangzhou-based firm delivered 17,398 vehicles in the second quarter of the year, above its own guidance.

In April, the carmaker launched its third production model, the P5 sedan, as competition ramps up with rivals including Li Auto, Tesla and Nio.

Wed Jul 7 , 2021
The U.S. and China flags stand behind a microphone awaiting the arrival of then-U.S. Senator John McCain for a press conference at the U.S. Embassy in Beijing on April 9, 2009. Frederic J. Brown | AFP | Getty Images BEIJING — The U.S. and China can co-exist peacefully, and that […] 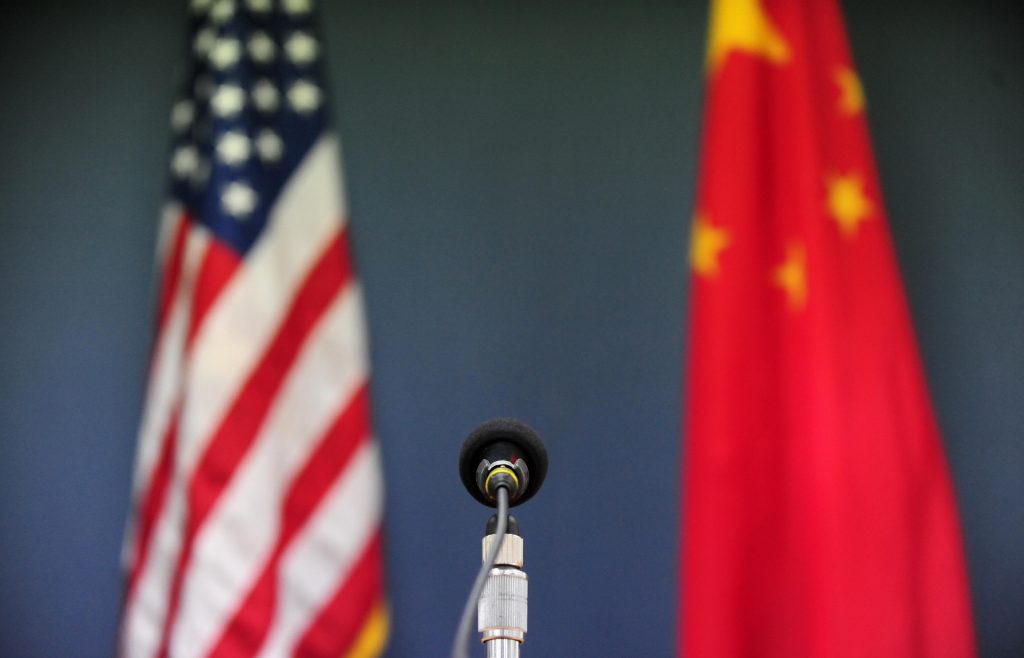