By Brenda Goh and Samuel Shen

SHANGHAI (Reuters) – U.S. electric carmaker Tesla’s <TSLA.O> factory in China’s financial hub of Shanghai will resume production on Feb. 10 with assistance to help it cope with a spreading epidemic of coronavirus, a Shanghai government official said on Saturday.

Many factories across China shut in late January for the Lunar New Year holiday that was originally due to end on Jan. 30 but which was extended in a bid to contain the spread of the new flu-like virus that has killed more than 700 people.

Tesla warned on Jan. 30 that it would see a 1-1.5 week delay in the ramp-up of Shanghai-built Model 3 cars as a result of the epidemic, which has severely disrupted communications and supply chains across China.

“In view of the practical difficulties key manufacturing firms including Tesla have faced in resuming production, we will coordinate to make all efforts to help companies resume production as soon as possible,” Shanghai municipal government spokesman Xu Wei said.

The $2 billion Shanghai factory is Tesla’s first outside the United States and was built with support from local authorities. It started production in October and began deliveries last month.

The Shanghai government also said on Saturday it would ask banks to extend loans with preferential rates to small companies and exempt firms in hard-hit sectors like hospitality from value-added tax, among other measures to prop up businesses during the epidemic.

Such assistance would also apply to foreign companies, it added.

Cloud software vendor Snowflake is valued at $12.4 billion, with fresh capital from Salesforce

Sat Feb 8 , 2020
Snowflake CEO Frank Slootman, far right, addresses the team at an all-hands meeting. Courtesy of Snowflake Snowflake, a developer of cloud-based technology for storing and analyzing data, is now worth $12.4 billion, making it one of the most valuable venture-backed companies in Silicon Valley. Salesforce’s corporate venture arm joined Dragoneer […] 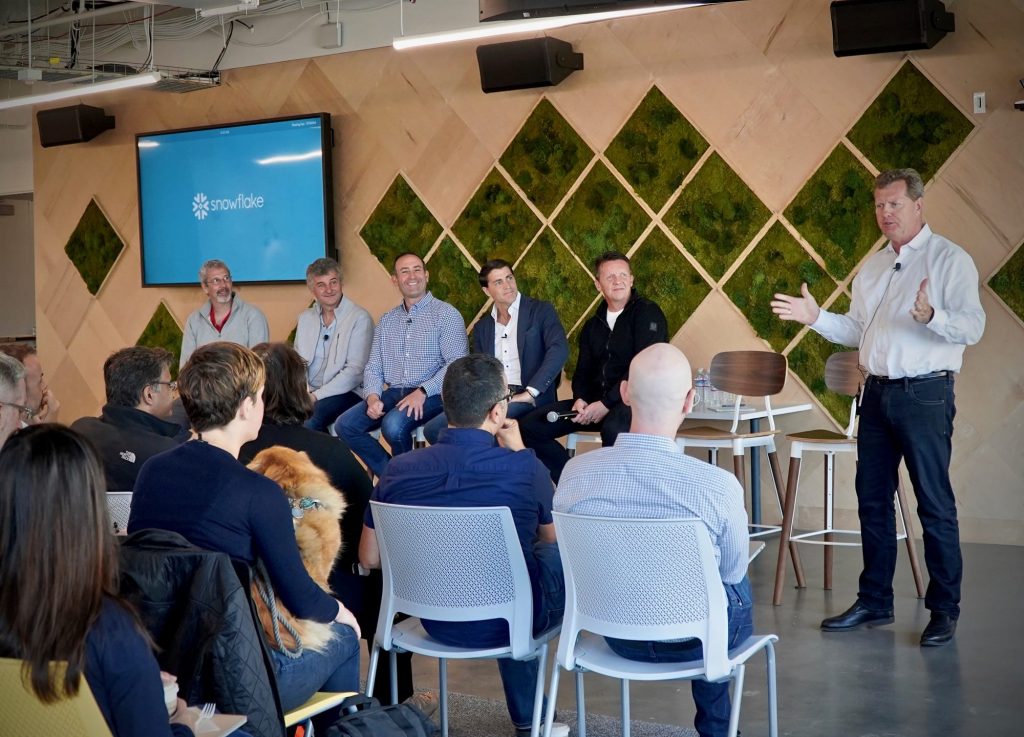