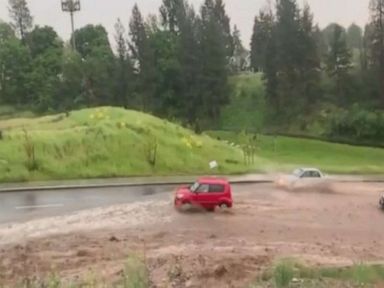 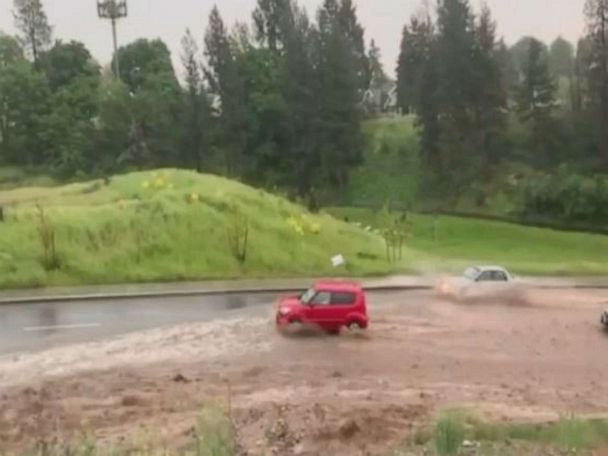 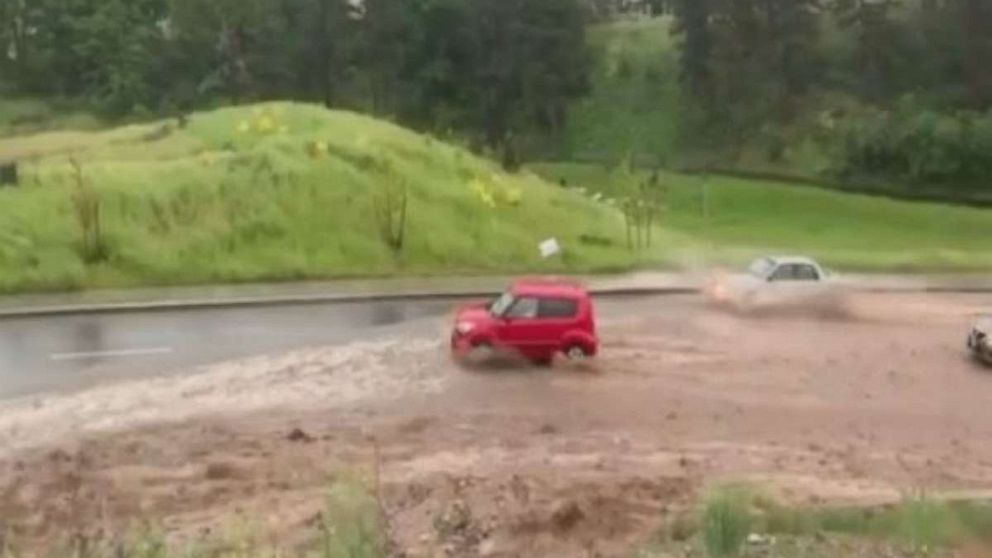 A stormy pattern stretches from coast to coast on Friday.

A day prior, the Midwest was hit hard with baseball-sized hail in Illinois and 86 mph winds in Iowa, while a separate storm system hit hard with flooding and record rainfall from Spokane, Washington, to Los Angeles. Downtown Los Angeles saw a daily record record with almost a half an inch of rain.

The storm system is moving out of the Rockies and into the Plains on Friday morning. The system will combine with another system in the Great Lakes Friday afternoon and evening and stretch from the Plains all the way east to the Mid-Atlantic.

On Saturday, the main threat for tornadoes, damaging winds and hail moves east into Dallas and north into Missouri.

The severe threat moves further east and north into the Midwest and the Great Lakes on Sunday, with Detroit and Chicago getting some damaging winds and hail.

With all the storms, very heavy rain is expected over the weekend and into early next week from Texas all the way into the western Great Lakes.

Some areas could see more than half a foot of rain, especially in the Plains, with flash flooding and river flooding expected.

Fri May 17 , 2019
Starbucks is piping hot. The coffeemaker’s stock surged to an all-time high Thursday, adding to a more than 22% gain for 2019. But Thursday also brought a twist to the U.S. coffeemaker’s story as details on Chinese rival Luckin Coffee’s pricing for its initial public offering surfaced after the closing […] 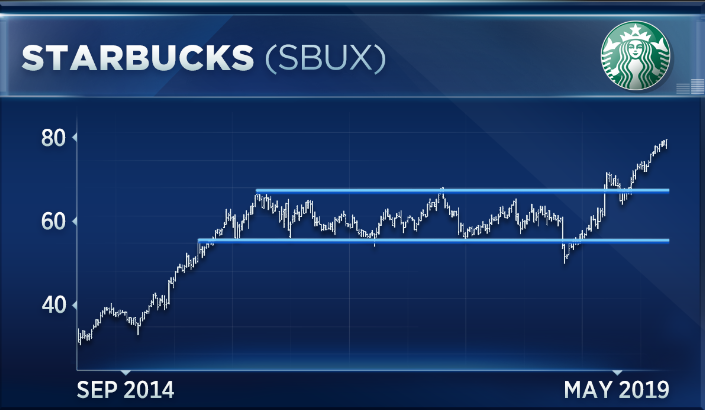