Five months of anti-government demonstrations have pulled Hong Kong residents from all walks of life into the often-violent protests. Keung is among other clergy offering care and prayer to all who need it.

(Click https://reut.rs/37glOiN to see a picture package of Keung.)

Wearing a black helmet emblazoned with the word “Pastor” in English and Chinese, the 28-year-old is one of a group of volunteer medics helping people scrub from their faces the traces of gas, and bringing relief from its sting.

“My mission is to bring God’s love to the crowd,” he said. “To let them know that there’s a pastor who is willing to be together with all of them.”

Amid volleys of tear gas, Keung ran up a pavement in the Chinese-ruled city, offering pedestrians and protesters squirts of saline solution from a large plastic bottle.

“Sometimes we will even help injured police officers who need our assistance,” he said. In July, his group surrounded police officers to shield them from angry passengers after an attack by white-shirted men at a train station.

Protesters are angry about what they see as police brutality and meddling by Beijing in the freedoms guaranteed under the “one country, two systems” formula adopted when the former British colony returned to Chinese rule in 1997.

Keung has been a pastor for seven years and his congregation of about 30 consists mostly of young people at his Christianity Mission, in a neighborhood in the northwest of the territory.

Floppy hair swept across his forehead and round-framed glasses give Keung a boyish appearance, but he is resolute in offering support at the demonstrations, where he takes hold of protesters’ hands to say a short prayer.

“I am not someone who merely stays in the church and talks about humanity, justice and morality, and ignores what’s going on at the frontline,” he said.

“This is not what I want to do. I want to show my companionship at the frontline and to be in the crowd when I’m needed.”

Keung said he had woven into his preaching some lessons he learnt from the protests.

Beyond Meat vs Zhenmeat: The battle for China’s meatless market 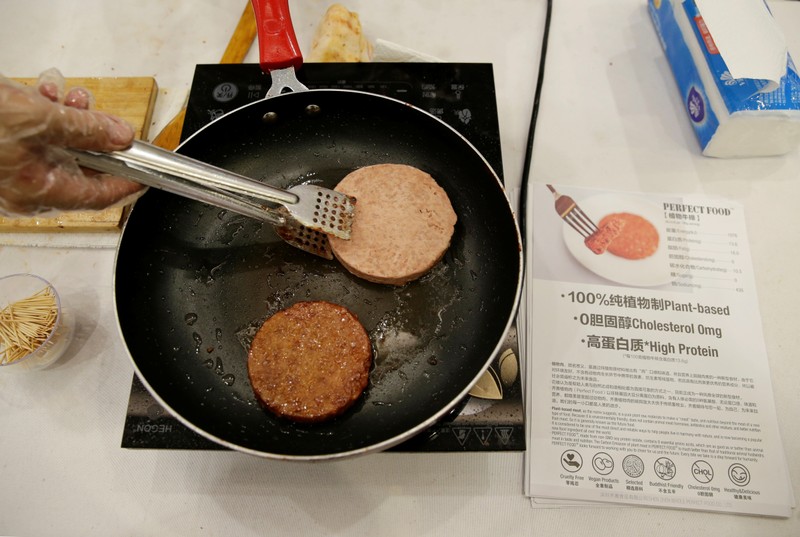