Ottawa Senators general manager Pierre Dorion did not mince words Thursday regarding his decision to rid the club of veteran Mike Hoffman.

The Senators shipped Hoffman to the San Jose Sharks, who promptly flipped him to the Florida Panthers, earlier this week. The moves came as Hoffman’s fiancee, Monika Caryk, faces allegations that she harassed and cyberbullied the wife of Senators captain Erik Karlsson before and after the Karlssons’ son was stillborn.

Hoffman has denied the allegations. Melinda Karlsson has filed for an order of protection against Caryk.

“Trading Mike Hoffman was something that we needed to do,” Dorion said. “Our dressing room was broken. We have to have a dressing room that wants to win together. Key components for us moving forward are character, leadership, accountability, and we’re very happy with the return we got on Mike Hoffman.”

“We know with the culture that we’re aiming to get, (Boedker is) going to fit in that dressing room,” Dorion said.

Bergman, 22, is a highly touted prospect who has yet to make his NHL debut. The native of Sweden was a second-round pick (No. 46 overall) by the Sharks in 2014.

Hoffman, 28, was productive on the ice before drawing controversy off it. He posted four straight seasons with at least 20 goals for Ottawa, including a 22-goal campaign in 82 games last season. For his career, he has 107 goals and 123 assists in 342 games.

Fri Jun 22 , 2018
WASHINGTON — Medical tests have confirmed that one additional U.S. Embassy worker has been affected by mysterious health incidents in Cuba, the State Department said, bringing the total number to 25. The new “medically confirmed” worker is one of two who were recently evacuated from Cuba after reporting symptoms. State […] 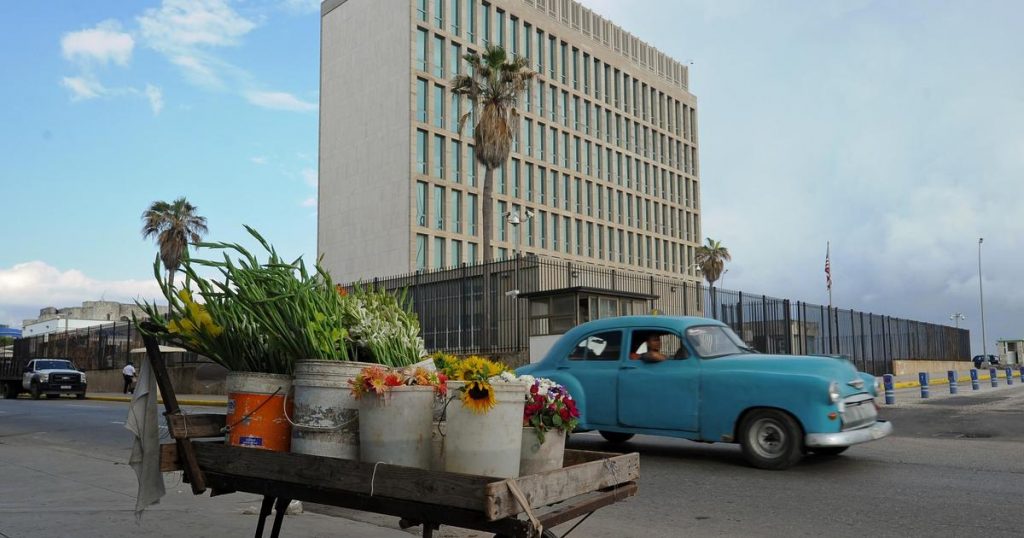