The two crucial Georgia runoff elections will determine which party controls the Senate. As the numbers continue to roll in, One America News is keeping a close eye on the results.

Currently, both races are too close to call, but early reports show Sen. David Perdue (R) behind by only 0.2 percent while Sen. Kelly Loeffler (R) is down just over 1 percent.

Georgia’s secretary of state has said it’s unlikely results will be available until later Wednesday afternoon at the latest.

Meanwhile, reports from Dekalb County, Georgia show a massive effort to hand-count thousands of ballots. More than 19,000 votes reportedly had to be manually recounted due to unexplained technical issues.

There has not been further information disclosed regarding why the ballots needed to be manually tabulated or how that recount was being carried out. About 16,000 ballots still need to be manually scanned.

The Perdue campaign posted this statement regarding the election count: Democrats have stalled the vote DeKalb county for 2 hours.

They’re not even trying to hide it anymore.

Even if all legitimate (it’s not), the fact you only ever hear this suspicious stuff in Democrat strongholds shows they don’t care about the perception of election integrity. 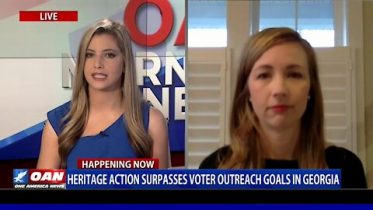