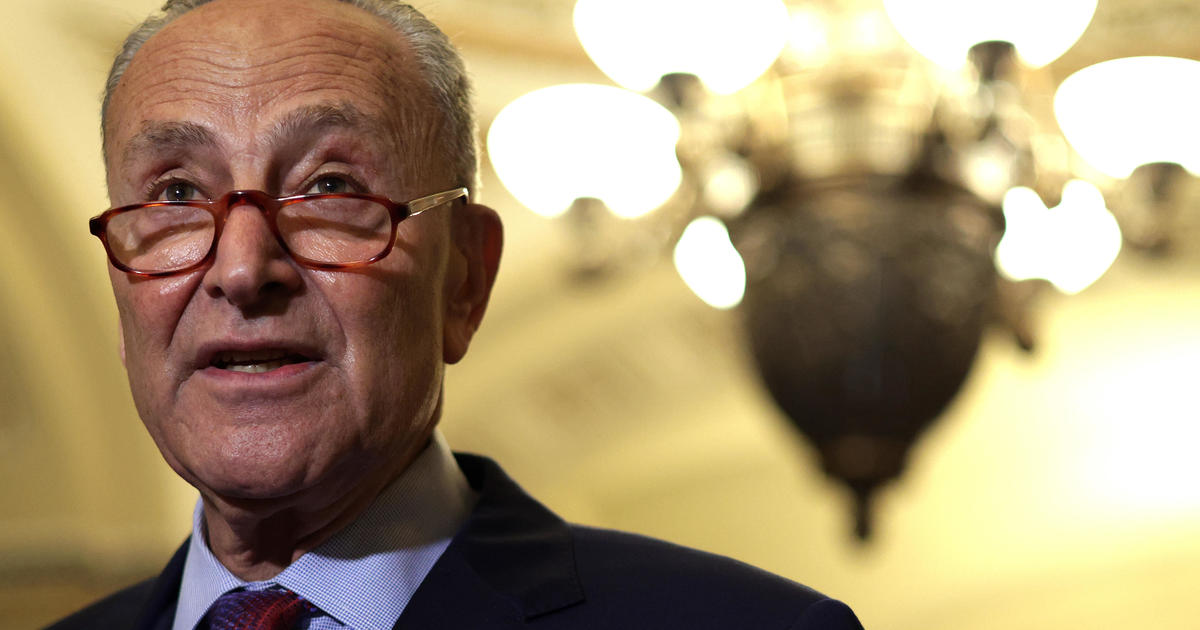 Washington — The Senate on Wednesday is poised to move ahead with a key procedural vote to advance a $579 billion bipartisan infrastructure framework that is a pillar of President Biden’s economic agenda, even as senators continue working to finalize the details of the plan.

Senate Majority Leader Chuck Schumer set Wednesday’s preliminary vote as a deadline to nudge the bipartisan group of senators negotiating the specifics of the measure to find a deal. Talks between members of the bipartisan coalition continued into Tuesday night, with senators striking an optimistic tone that outstanding issues could be resolved as soon as Wednesday.

But legislative text has yet to be released, and Republican Senate leaders have warned they don’t believe their members will vote to begin debating a bill they haven’t yet seen, denying Democrats the 60 votes needed for the measure to advance.

The blueprint, which prioritizes funding for physical infrastructure, such roads, bridges and ports, represents a portion of Mr. Biden’s economic agenda, and the White House has said it supports Schumer’s strategy for moving forward with the bipartisan plan.

The New York Democrat said Tuesday that the upcoming procedural vote would be on a shell bill for the bipartisan infrastructure framework to simply get the legislative process started by proceeding to debate.

“It is not a cynical ploy,” he said in remarks on the Senate floor. “It is not a ‘fish or cut bait’ moment. It’s not an attempt to jam anyone. It’s only a signal that the Senate is ready to get the process started.”

“We are digging deep on things like pay-fors and we wouldn’t be continuing this effort if we didn’t think we’re going to get there,” Democratic Senator Mark Warner of Virginia said after Tuesday night’s meeting.

But Republican Senators Susan Collins of Maine and Mitt Romney of Utah urged Schumer to push Wednesday’s procedural vote to Monday to allow the bipartisan group more time to finish its work and release legislative text.

“This vote should not be held today,” Collins told reporters hours before the vote. “We are making tremendous progress, and I hope that the majority leader will reconsider and just delay the vote until Monday.”

Senate GOP leadership signaled they, too, would like to see the contents of the bill before advancing the measure.

“No time is lost by adhering to a very simple principle: We’re not going to the bill until we know what the bill is,” Senate Minority Leader Mitch McConnell told reporters during a press conference Tuesday.

Still, after meeting with the bipartisan group Tuesday, Romney said the group may resolve outstanding issues with the framework on Wednesday.

“It’ll be a long, long time until we actually have a full bill of text, but we may have all of the issues resolved by [Wednesday],” the Utah Republican said. “We put a little subcommittee together that’s going to take on a couple that are left, but of the 25 we began with, we’re down to a couple and I think we’ll get there.”

Democratic Senator Chris Murphy of Connecticut told reporters Wednesday that the deadline set by Schumer was important because he thought the negotiations were dragging.

“By putting today’s deadline, he has expedited the discussions and negotiations in a pretty impactful and important way,” Murphy added.

Schumer has long wanted the Senate to vote this month on the bipartisan infrastructure bill and a budget resolution, which will detail to Senate committees how to construct a sweeping reconciliation bill that includes Mr. Biden’s agenda items omitted from the more narrow bipartisan deal.

Schumer and Democrats on the Senate Budget Committee announced last week they had come to an agreement on a $3.5 trillion price tag for the budget resolution to pass Mr. Biden’s social spending agenda. The budget resolution is expected to include provisions that would expand Medicare, combat climate change and reform the nation’s immigration system, as well as the president’s proposals on child care and education.

If the bipartisan negotiations fizzle, Democratic Senator Tim Kaine of Virginia, a member of the Senate Budget Committee, said he thinks the nearly $600 billion of new spending could be added to the $3.5 trillion budget resolution.

Kaine also noted that Schumer has the option to put the motion to reconsider on the floor again if the vote fails.

“I think [Schumer’s] decision about that would be based upon what the bipartisan negotiating group is telling them about the progress they’re making,” he said. “And yesterday, even as we were talking about the likelihood the vote could fail today, members of the bipartisan group were actually feeling like they are making progress.”

Mr. Biden, meanwhile, is scheduled to travel to Ohio to pitch his economic agenda on Wednesday evening.

Wed Jul 21 , 2021
Washington — Senate Minority Leader Mitch McConnell predicted Tuesday that no Republican will vote to raise the debt ceiling as Democrats move forward with a sweeping $3.5 trillion package that will include many of President Biden’s policies on child care, education and health care. “I can’t imagine a single Republican […] 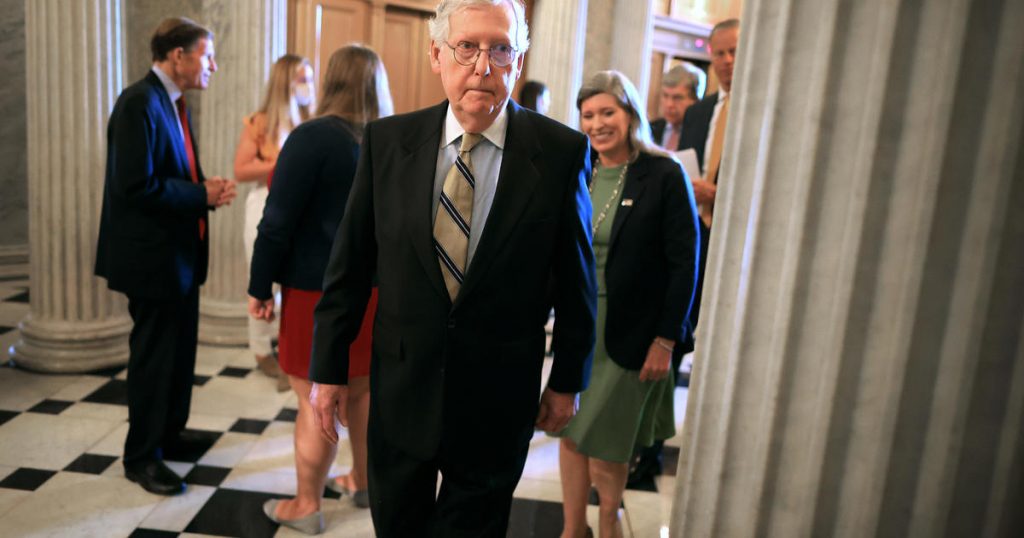