Sen. Mike Lee (R-Utah) introduced legislation to permanently ban the use of congressional earmarks after Democrats announced a plan to revive the process. One America’s John Hines spoke with Lee about the issue and has more from Washington.

MORE NEWS: The power of a coveted Trump endorsement

Manchin Wrong About How Many States Have $7.25 Minimum Wage

Tue Mar 9 , 2021
Sen. Joe Manchin of West Virginia wrongly said “very few … if any” states have a minimum wage at the federally mandated $7.25 per hour. In fact, 21 states do. Raising the federal minimum wage has become an issue in recent weeks as Congress debated the American Rescue Plan. Photo […] 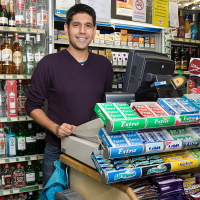