Paul Hodgkins, a Florida man who waved a “Trump 2020” flag and took a selfie inside the Senate chamber on January 6, became the second defendant to plead guilty in the sprawling Capitol riot investigation.

Hodgkins initially faced a five-count indictment that included obstructing an official proceeding, entering and remaining in a restricted building or grounds, and disorderly conduct in a Capitol building, but he pleaded guilty Wednesday to just one charge of obstruction of an official proceeding, and the government agreed to dismiss his four other charges.

That charge carries a maximum possible penalty of 20 years imprisonment, but with his plea agreement, Hodgkins faces a recommended sentence of between 15 and 21 months.

In agreeing to plead guilty, Hodgkins also agreed to pay $2,000 in restitution. The government said the events of January 6 cost an estimated $1.4 million in repairs to the Capitol.

Hodgkins, a 38-year-old who works as a crane operator at a steel factory, wore a “Trump 2020” shirt January 6 and was one of a group of Capitol rioters who assembled at the front of the Senate chamber shouting in protest and prayer, as seen in a video taken by a New Yorker reporter during the siege.

In the video, Jacob Chansley, the so-called “QAnon Shaman,” shouts prayers through a bullhorn and concludes: “Thank you for allowing us to get rid of the communists, the globalists and the traitors within our government. We love you and we thank you. In Christ’s holy name we pray.” Hodgkins raises his flag and nods to others in the room as they shout, “Amen.”

Hodgkins was caught after a tipster called the FBI to say they recognized him in a selfie apparently taken at the Capitol. The tipster said they personally knew Hodgkins but had not spoken to him in several years, and a friend of a friend had found the photo on Parler, a social media platform popular with conservatives and members of the far right.

In video footage from the Capitol, prosecutors said, Hodgkins was also seen walking among the desks in the Senate, putting on protective eye goggles and taking photos on his cellphone.

Prosecutors said at one point, Hodgkins stood near a desk with paper on it and put on what appeared to be white latex gloves. His lawyer said Hodgkins put on the gloves to offer first aid to an injured man inside the chamber.

“The latex gloves were part of a first aid kit which I always carry in my backpack,” Hodgkins said.

In an interview with the FBI, Hodgkins admitted to being on the Senate floor that day and said he had traveled alone by bus from Florida. He was initially arrested on February 16 in Tampa but had been released on a $25,000 bond while he awaited trial.

So far, only one other Capitol riot defendant, Jon Schaffer, has entered a guilty plea. Schaffer is a member of the Oath Keepers, which prosecutors say is a large, loosely organized collection of individuals and militias.

In pleading guilty, Schaffer agreed to cooperate and share information with prosecutors in exchange for a chance at a lower recommended sentence. The government has arrested at least 17 other alleged Oath Keepers, 16 of whom have been charged with conspiring to obstruct Congress’s certification of the Electoral College vote.

Plea negotiations are underway in a number of other riot cases, but the magnitude of the investigation has complicated efforts to move forward with cases and secure plea deals.

A sentencing hearing for Hodgkins has been tentatively scheduled for July 19. His attorney, Patrick Leduc, said he was hopeful that it would benefit Hodgkins to be among the first to plead guilty.

“There is something to be said about being the first person to stand up,” he said, and added that he hoped the judge would consider his client’s character beyond the events of January 6.

According to 2019 Pew Research Center analysis, the vast majority of federal criminal cases — around 90% — end with guilty pleas rather than going to trial.

Correction: This story has been updated to correct the amount of restitution Hodgkins agreed to pay.

Wed Jun 2 , 2021
AMC Entertainment CEO Adam Aron has seen his wealth soar by more than $200 million since the start of the year thanks to a retail-investor fueled rally, according to securities filings. The theater chain, which has become a favorite of retail investors and social media message boards, has seen its […] 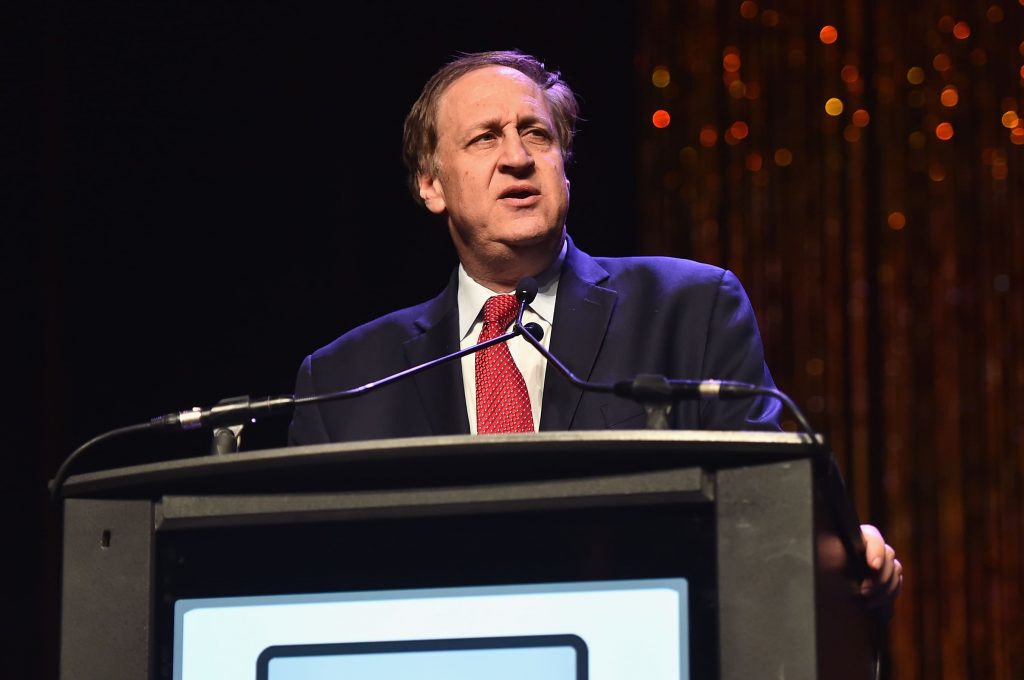