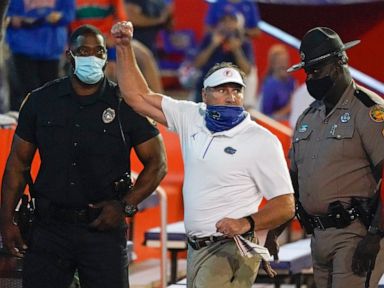 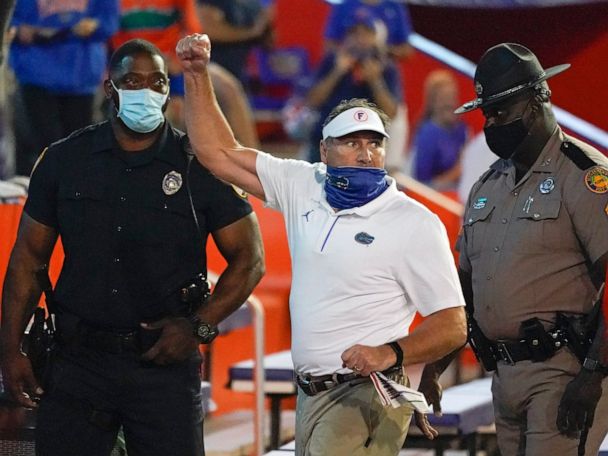 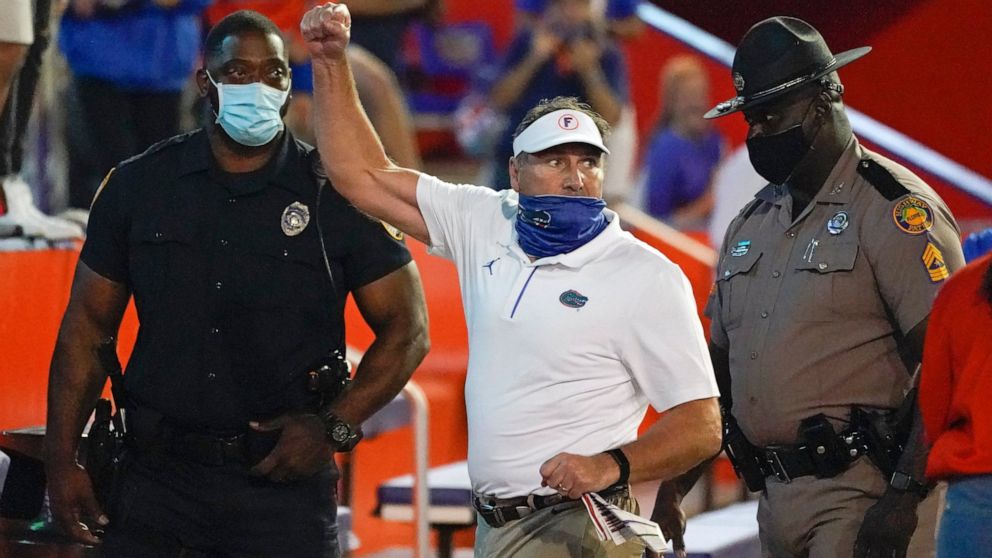 The Southeastern Conference has fined Florida football coach Dan Mullen $25,000 for his role in a benches-clearing brawl against Missouri

GAINESVILLE, Fla. — The Southeastern Conference fined Florida coach Dan Mullen $25,000 on Monday for his role in a benches-clearing brawl against Missouri.

The league also reviewed video of the fight and issued half-game suspensions for Missouri linebacker Chad Bailey, offensive lineman Dylan Spencer and defensive lineman Markell Utsey. Each of them will sit out the first half of Missouri’s next game, against No. 5 Georgia on Nov. 14.

Florida defensive lineman Zach Carter and linebacker Antwuan Powell, who were ejected from the game for fighting, will be suspended for the first half against the Bulldogs next week in Jacksonville. NCAA fighting rules mandate an automatic half-game suspension for the ensuing game.

Missouri linebacker Tre Williams was ejected for a flagrant unsportsmanlike conduct foul and will not be punished further.

“There is no place in college football for the kind of incident that took place at halftime of the Missouri at Florida game Saturday night,” SEC Commissioner Greg Sankey said. “Everyone involved is responsible for meeting sportsmanship standards throughout each game.

“Running on the field to confront a game official, the gathering of teams in an on-field confrontation and student-athletes throwing punches are all disappointing at any time, but even more so as we work to support healthy competition during a pandemic.”

The suspensions could be significant for the No. 8 Gators (3-1), who were without 15 players against Mizzou. Some of the absences stemmed from injuries, others because of COVID-19 test results and contact tracing. It’s unclear how many of them will return against the Bulldogs.

The melee started Saturday night when Missouri’s Trajan Jeffcoat delivered what looked like a high, late hit on Florida quarterback Kyle Trask on the final play of the first half. The Hail Mary pass fell incomplete, and Trask landed hard on his back. His linemen came to his defense. So did Mullen, who started screaming at officials and the opposing sideline.

Mullen clearly did more to inflame than extinguish the situation, and his team followed his lead.

“I respect the decision from the conference office,” Mullen said in a statement. “As the head coach, it is my responsibility to defuse these types of situations, and I didn’t live up to that standard.”

Players from both teams converged near Missouri’s side of the field, and wild punches could be seen flying and connecting. Only three players were ejected.

The SEC handed down more punishments.

It was the latest black eye for Mullen, who was already under fire for saying he hoped to pack 90,000 fans inside Florida Field for a home game during a pandemic and for criticizing an NCAA rule that prevents teams having meetings and practices on Election Day.

Mullen had to be pulled away several times and was so irate by the end of the exchange that he came back out of the locker room tunnel for a curtain call. Fans chanted his name as he returned to the field for the start of the third quarter.

Mon Nov 2 , 2020
KENOSHA, Wis. — Early voters waiting in line at Kenosha’s municipal offices couldn’t miss the dozens of buildings still boarded up in this little lakefront city. They might have passed the post office with its covered windows, the plywood-fortified dinosaur museum or the barricaded jeweler, yoga studio or grocery store. […] 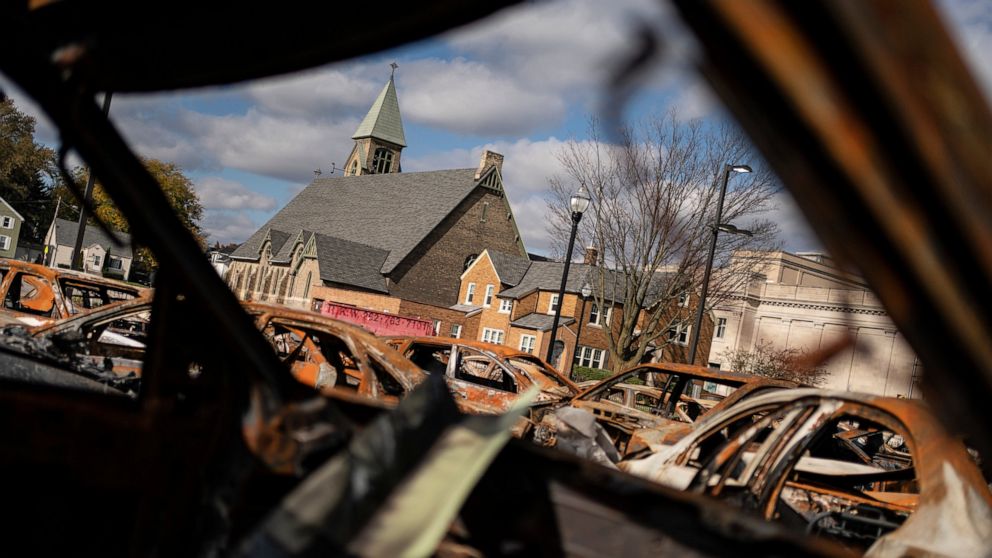