The search of the collapsed condo building in Surfside, Florida, has switched from a rescue effort to a recovery operation. At least 54 people have been confirmed dead and 86 are still missing nearly two weeks after the building collapsed in the middle of the night, said Mayor Daniella Levine Cava of Miami-Dade County.

“We’ve truly exhausted every option available to us in the search and rescue mission,” Cava said Wednesday, adding that the families of the victims were told of the “extremely difficult decision” earlier in the day. “To share this news with the families, this evening, who are still missing their loved ones was devastating.”

The death toll in the Surfside condo collapse jumped dramatically Wednesday with 18 more bodies recovered from the rubble. As crews discover more victims, officials said they’ve seen no signs that any of those recovered could have survived the initial collapse.

“The possibility of someone still alive is near zero. They are probably right, but in the end God is still in charge,” said Surfside Mayor Charles Burkett. “A miracle is still possible.”

Cava said the transition would be marked with a moment of silence. She also applauded the search and rescue crews who have risked their own lives to sift through the mound of rubble.

Among the missing is the father of a high school volleyball star who survived. Sixteen-year-old Deven Gonzales was among the first to be rescued after the collapse. She suffered fractured ribs and a broken leg. Relatives said she’s taking her first steps with the help of a walker.

When Gonzalez was rescued, she told firefighters she had to compete in a major tournament soon. She expressed similar concern to her volleyball coach Amy Morgan.

“She apologized for missing practice that same day it happened. That’s who she is. It’s like that determined,” Morgan said.

Gonzalez’s mother, Angela, was also rescued but her father, Edgar, has not been found. “Edgar is such an amazing person, and I feel so bad for her because she’s not going to have her dad at these, you know, amazing years that he should be there,” Morgan said.

Haitian president assassinated in attack at his home

Wed Jul 7 , 2021
Haitian president assassinated in attack at his home – CBS News<!–http://vidtech.cbsinteractive.com/avia-js/1.6.0/player/avia.min.js http://vidtech.cbsinteractive.com/avia-js/1.6.0/plugins/ui/avia.ui.min.js –> Watch CBSN Live Haiti is reeling after President Jovenel Moïse was assassinated by gunmen who broke into his home overnight. Ben Tracy reports. View CBS News In Be the first to know Get browser notifications for breaking […] 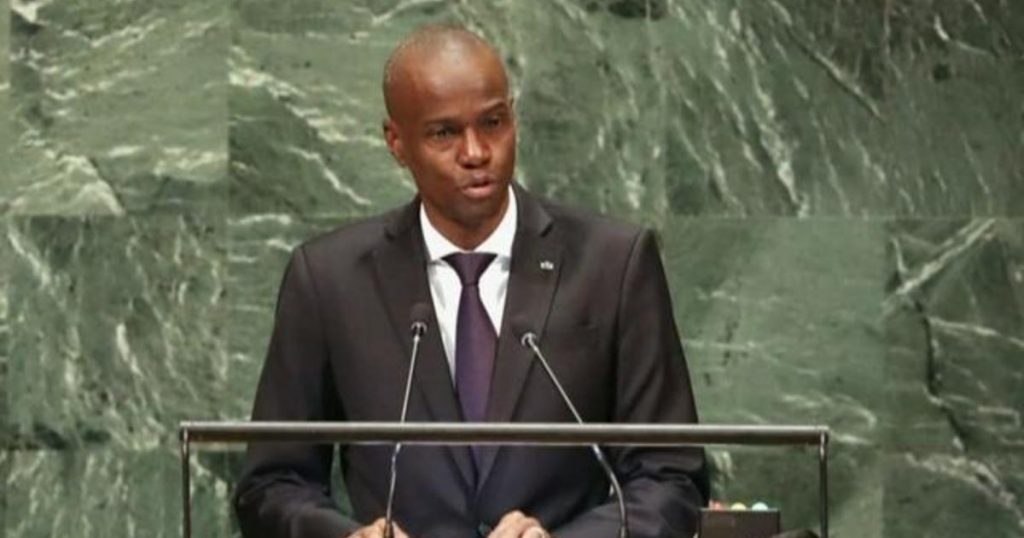