Americans are saving at the lowest pace in nearly 10 years, a sign of growing confidence as money pours into risk.

The savings rate in September fell to 3.1 percent, according to Commerce Department data released Monday. That’s the weakest level since December 2007, just as the U.S. economy was entering the worst of the financial crisis amid the Great Recession. The August savings rate was 3.6 percent.

As the downturn’s effects back then ate into economic activity, consumers pushed their money into mattresses and reduced debt, which hit a historic peak of 13.2 percent of disposable income in the fourth quarter of 2007, the same time savings had bottomed.

Over the years, savings hit its peak of 11 percent in December 2012 and has been tailing lower since.

There were several different ways to read the savings trough in September, with one being as a sign of a strengthening economy. Investors have been shuttling billions into stocks and other risky assets, giving the bull market another leg up.

“A lower savings rate shows there’s finally some confidence showing up and the wall of panic and worry that’s highlighted this recovery is starting to fade,” said Jim Paulsen, chief investment strategist at the Leuthold Group. “This says more about confidence reviving and is something you might have seen earlier in a normal recovery.”

The savings drop came amid a 0.4 percent increase in personal income for the month that matched Wall Street expectations. However, real disposable income was essentially unchanged.

While the slide in savings and sharp 1 percent increase in consumption pointed to more active consumers, some economists worried that the moves weren’t sustainable and could signal a slowdown for consumers in the fourth quarter.

“Let’s hope that wage growth accelerates from here because the decline in the savings rate is disconcerting,” said Peter Boockvar, chief market analyst at the Lindsey Group.

The decline in the savings rate, though, is a drop in the rate of growth, not an outright negative. In fact, the total savings level hit $9.2 trillion as of mid-October, and has continued to climb higher.

However, consumers are showing a clear willingness to part with their mattress money and take some risks.

Money market fund balances have continued to decline since the recession, most recently sitting at $2.7 trillion after hitting a recession peak of $3.8 trillion in the fourth quarter of 2008, according to the Investment Company Institute.

That money has been finding its way into risk assets over the years and is moving at a record pace in 2017. Corporate bond and stock funds have pulled in $534 billion in 2017, according to Bank of America Merrill Lynch, a level that has helped propel the stock market higher.

“There’s evidence of money going into financial assets,” Paulsen said. “You start to see more of that coming with greater confidence.”

WATCH: A look at how the U.S. economy hit 3 percent growth in the third quarter.

Mon Oct 30 , 2017
Special Counsel Robert Mueller has shown his first cards – and they make statements by themselves. The next move belongs to President Donald Trump, setting up a clash that could reverberate through the rest of his presidency. On one level, the first action from Mueller’s team produced a narrow pair […] 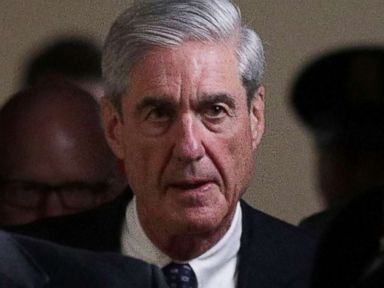