ADEN (Reuters) – A Saudi-led coalition conducted air strikes on Yemen’s Hodeidah airport on Sunday to support forces trying to seize control from Iran-aligned Houthi fighters, who are facing their biggest challenge in the war, Saudi and Houthi-run media reported.

Warplanes carried out five strikes on the port city of Hodeidah, a lifeline to millions of Yemenis, according to SABA, the official Houthi news agency. Saudi-owned broadcaster Al Arabiya also reported strikes on the airport.

The goal of the allies, led by the Emiratis, is to defeat the Houthis in Hodeidah, the only Red Sea port under their control, and cut off their supply lines to the capital, Sanaa.

“We have lived in a state of terror for three days because we are in a neighborhood close to the airport,” said resident Khaled Ateeq, 38.

The battle for Hodeidah could drag on, creating more suffering for civilians, who have endured air strikes, port blockades, hunger and a cholera epidemic.

The Saudi-led coalition has relied heavily on air strikes against the Houthis, who are highly experienced in mountain warfare. The group, which seized Sanaa in 2014, has fought a series of guerrilla wars with Yemen’s national army and a brief border war with Saudi Arabia.

Its fighters have advanced on sandal-shod feet and by pickup trucks in battles across Yemen. They are more suited than coalition forces for guerrilla warfare should fighting extend to Hodeidah’s densely populated neighborhoods.

As the Houthis battled to keep their turf at the airport, Yemenis fighting with the coalition piled into pickup trucks, their cheeks bulging with the narcotic plant qat. They formed a convoy along a road overlooking the desert outside of Hodeidah

Others with AK-47 assault rifles walked in sandals past armored vehicles and took up positions in the sand. One fighter casually fired mortar bombs into the distance.

Houthis rule the most populous areas of chronically unstable Yemen, where many parties have been competing for territory and influence, from loyalists of the late President Ali Abdullah Saleh to southern separatists to al-Qaeda.

The United Nations says the assault on Hodeidah could trigger a famine imperiling millions of lives. Residents who can’t make ends meet are bracing for more hardship as both sides engage in the most strategic battle of a war of attrition that has killed more than 10,000 people.

Yehia Sohail had occasionally found work at Hodeidah’s port. He fears that source of income could soon vanish.

“I take the money to cover the needs of one day and that’s it, it’s done,” he said, speaking outside his shack, built from corrugated metal, palm fronds and torn blankets.

“Now if the port closes, where will I go to work? When this siege comes and this disaster happens, where am I going to find work?”

His wife, Um Ahmed, said the family had no cooking gas. A motorcycle, their only means of transportation, had broken down. Sometimes strong rains and wind tore down their tiny home.

“I have a young daughter who’s exhausted and sick and we can’t get her medication or anything, only the necessary food. If a war happens, what are we going to do?” she said.

Riyadh has accused the Houthis of using the port to smuggle Iranian-made weapons, including missiles used to target Saudi cities — accusations denied by the group and Tehran. The Houthis deny being pawns of Iran and say they are fighting to evict foreign occupiers from Yemen.

Residents said Houthi fighters dug a large ditch at the northern entrance to Hodeidah to prevent coalition forces from advancing towards Sanaa. People in al-Rubasah neighborhood near the airport, meanwhile, said bullets were striking their homes.

At least 1 dead, over 20 injured in shooting at all-night art show

Sun Jun 17 , 2018
At least one person is dead and 20 injured after a wild shootout at a 24-hour art event in southern New Jersey early Sunday. The shooting broke out at about 2:45 a.m. in Trenton, New Jersey, at Art All Night, an annual event to “promote artistic diversity by fostering creativity, […] 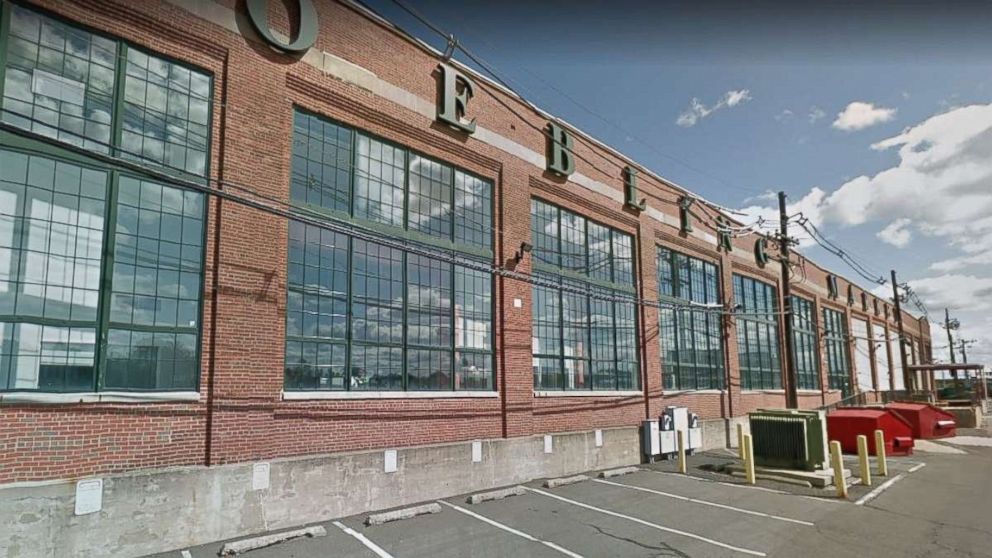