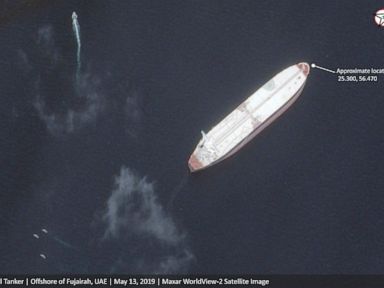 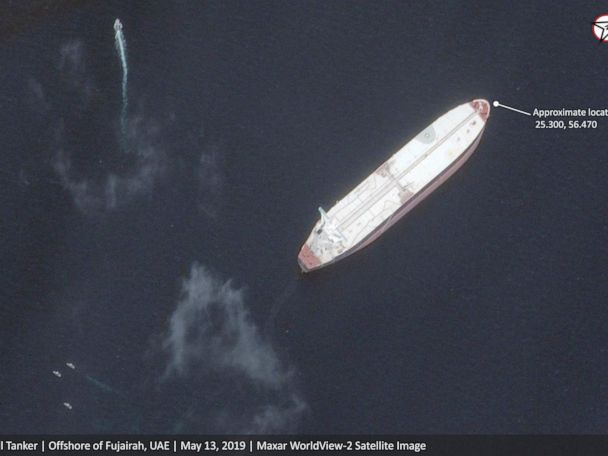 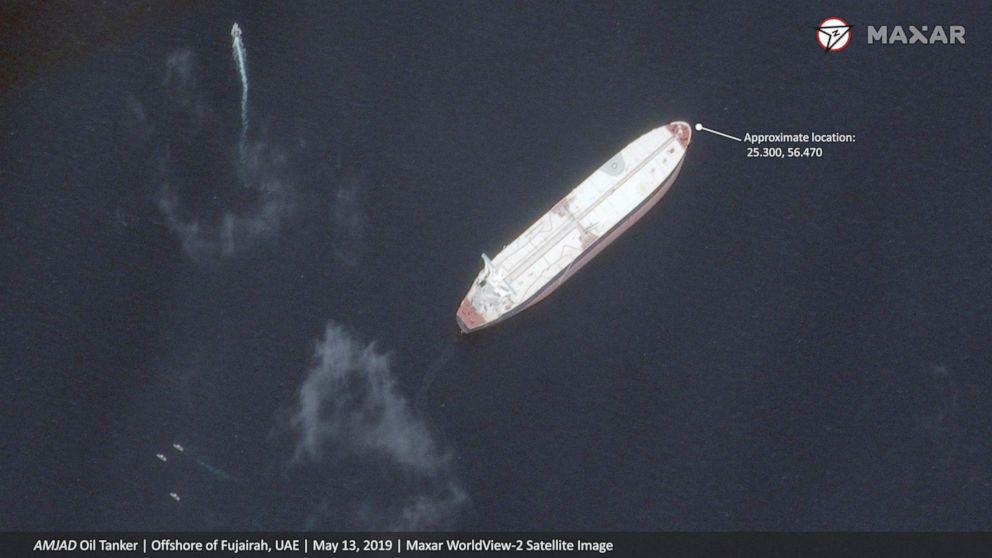 Saudi Araba said drones attacked one of its oil pipelines as other assaults targeted energy infrastructure elsewhere in the kingdom on Tuesday, shortly after Yemen’s rebels claimed a coordinated drone attack on the Sunni power.

The assaults marked the latest incidents challenging Mideast security after the alleged sabotage of oil tankers off the coast of the United Arab Emirates earlier this week amid heightened tensions between the U.S. and Iran.

Yemen’s Houthi rebels, whom Saudi Arabia has been fighting against since March 2015, said they launched a series of drone attacks on the kingdom, across the border from Yemen. The spokesman of the rebels, Mohammed Abdel-Salam, told The Associated Press: “This is a message to Saudi Arabia, stop your aggression.”

“Our goal is to respond to the crimes they are committing everyday against the Yemeni people,” he added.

In a statement carried on the state-run Saudi Press Agency, Energy Minister Khalid al-Falih said that drones attacked a petroleum pumping station supplying a pipeline running from its oil-rich Eastern Province to the Yanbu Port on the Red Sea.

A fire broke out and firefighters later brought it under control, though the state-run Saudi Aramco stopped pumping oil through the pipeline.

The kingdom’s state security body also said two petroleum pumping stations in the greater region of Riyadh, the landlocked capital, were targeted at the same time. The statement described it as a “limited targeting” of petroleum stations in areas al-Duadmi and Afif in the Riyadh region, without elaborating.

Al-Falih called the attack “cowardly,” saying that recent sabotage acts against the kingdom’s vital installations not only target Saudi Arabia, but the safety of the world’s energy supply and global economy. He said this reaffirms the need of the international community to confront the activities of groups like the Houthis. He also promised the production and export of Saudi oil would not be interrupted.

The attack on Saudi oil targets comes after four oil tankers anchored in the Mideast were damaged by what Gulf officials described as sabotage, though satellite images obtained by The Associated Press on Tuesday showed no major visible damage to the vessels.

Details of the alleged sabotage to two Saudi, one Norwegian and one Emirati oil tanker on Sunday remained unclear, and Gulf officials have declined to say who they suspected was responsible. But it demonstrated the raised risks for shippers in a region vital to global energy supplies as tensions are increasing between the U.S. and Iran over its unraveling nuclear deal with world powers.

The U.S. has warned sailors of the potential for attacks on commercial sea traffic, and regional allies of the United Arab Emirates condemned the alleged sabotage as the tankers were off the coast of the UAE port city of Fujairah.

A U.S. official in Washington, without offering any evidence, told the AP that an American military team’s initial assessment indicated Iran or Iranian allies used explosives to blow holes in the ships. The official, who was not authorized to discuss the investigation, agreed to reveal the findings only if not quoted by name. The U.S. Navy’s 5th Fleet, which patrols the Mideast and operates from a base in Fujairah, has repeatedly declined to comment.

The U.S. already had warned ships that “Iran or its proxies” could be targeting maritime traffic in the region. America is deploying an aircraft carrier, USS Abraham Lincoln, and B-52 bombers to the Persian Gulf to counter alleged, still-unspecified threats from Tehran.

On Tuesday, Spain temporarily pulled one of its frigates that was part of a U.S.-led combat fleet from near the Persian Gulf because of mounting U.S.-Iran tensions. The Ministry of Defense said the Méndez Núñez, with 215 sailors on board, will not cross the Strait of Hormuz into the Gulf together with the USS Abraham Lincoln. The Spanish frigate was the only non-U.S. vessel in the fleet.

Citing heightened tensions in the region, the United Nations called on “all concerned parties to exercise restraint for the sake of regional peace, including by ensuring maritime security” and freedom of navigation, U.N. deputy spokesman Farhan Haq said.

Tensions in the region have risen since Trump withdrew America from the 2015 nuclear deal between Iran and world powers, and restored U.S. sanctions that have pushed Iran’s economy into crisis. Last week, Iran warned it would begin enriching uranium at higher levels in 60 days if world powers failed to negotiate new terms for the deal.

The oil tankers were visible in satellite images provided Tuesday to the AP by Colorado-based Maxar Technologies. A boom surrounded the Emirati oil tanker A. Michel, indicating the possibility of an oil leak. The other three showed no visible major damage from above.

Yemen plunged into civil war in 2014 when Iran-backed rebels captured the capital, Sanaa. A Saudi-led coalition entered the war in March 2015 to help government troops facing the Houthi advance. The U.S. supported the coalition for years despite its airstrikes killing civilians, and is only recently beginning to step back after the October killing of Washington Post columnist Jamal Khashoggi at the Saudi Consulate in Istanbul by Saudi agents.

This isn’t the first time Yemen’s Houthis have used drones as weapons — a bomb-laden drone launched by the rebels exploded over a military parade in January for the Saudi-led coalition, killing at least six people.

The use of drones also raises new concerns over Iran’s influence in the conflict. Coalition officials have recently displayed a series of drones they claim show a growing sophistication of the Houthis, starting first with plastic foam models that could be built by a hobby kit, to one captured in April that closely resembled an Iranian-made drone.

Those drones have been flown into the radar arrays of Saudi Arabia’s Patriot missile batteries, according to the research group Conflict Armament Research, disabling them and allowing the Houthis to fire ballistic missiles into the kingdom unchallenged.

Iran has been accused by the U.S. and the U.N. of supplying ballistic missile technology and arms to the Houthis, which Tehran denies.

Such drones remain difficult to shoot down with either light or heavy weapons. Iraqi forces learned this from driving out the Islamic State group from northern Iraq, where the extremists would load drones with grenades or simple explosives to target their forces.

Tue May 14 , 2019
Baytown, Texas — A police officer in this city outside Houston fatally shot a woman during an altercation at an apartment complex late Monday, authorities said. The incident was captured on social media and circulated overnight, reports CBS Houston affiliate KHOU-TV. In the video, the woman can be heard shouting […] 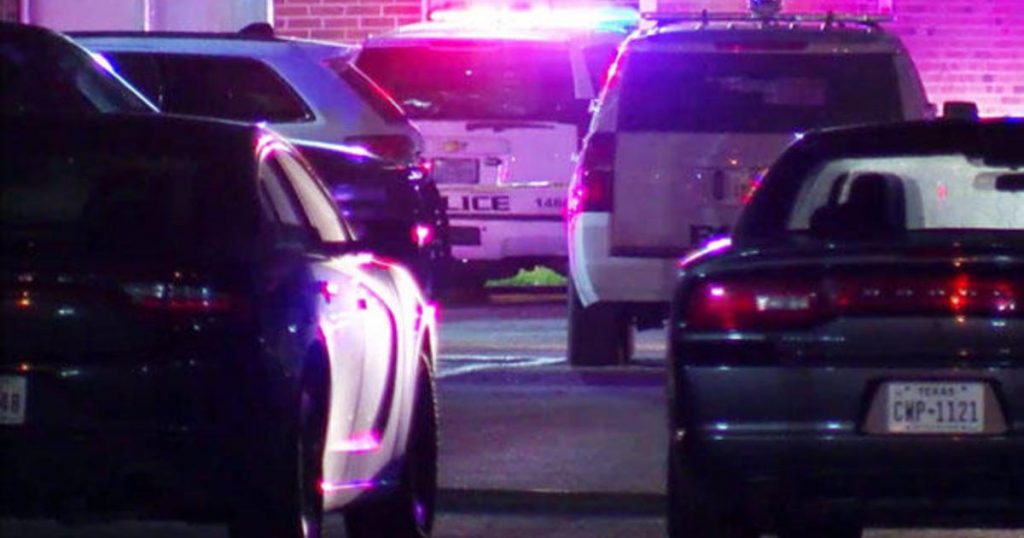