By Shafiek Tassiem and Wendell Roelf

JOHANNESBURG/CAPE TOWN (Reuters) – Matron Annamarie Odendaal has cancelled all staff holiday on the COVID-19 ward at the private Arwyp Medical Centre in Johannesburg as a second wave of the coronavirus threatens to overwhelm South Africa’s health system.

“I called them back because we are in a peak period now, so it’s not easy for the staff because they also want to go back to their family members,” she told Reuters on the ward on Christmas Day.

“Sometimes they are tired but they never say ‘I can’t come to work’. The patient is really always first for them.”

A confluence of school holidays, public laxity and a new, potentially more infectious variant of the virus has left authorities scrambling to counter an earlier-than-expected resurgence of infections that saw new daily cases spike nearly seven-fold from a month ago to top 14,305 on Dec. 24.

Amid the beeps of monitors and ventilators, 60-year-old Odendaal said the situation was getting worse as hospital beds filled up quickly.

Several countries, including Britain which has found the mutant variant in cases linked to South Africa, have banned flights from the country, disrupting holiday travel plans and frustrating tour operators.

The latest data showed the infection tally so far rising to 968,563 on Thursday. If the trajectory continues, South Africa would breach the million mark as early as Sunday, a Reuters tally showed.

South Africa has recorded 25,983 deaths, the highest figure on the continent.

“We thought we were at the end in October, early November, and now this dark cloud is circling again, so emotionally it takes a lot out of the nursing staff,” Collins said outside the hospital on a brief break from the COVID-19 ICU ward, which has reached capacity.

Dressed in theatre scrubs and a red Santa hat, the mother of one said she had been scheduled to work on Christmas Day but several of her workmates had had to cancel their holiday plans after being called back.

Private hospital group Mediclinic said the number of patients seeking care at its hospitals in Western Cape and rising incidents in KwaZulu Natal and Gauteng had already exceeded those in the first peak and the majority of its ICU and high care units were operating at full capacity.

“With the new strain we saw that the patients are not recovering so easy and this is a problem,” said matron Odendaal.

During the first wave earlier this year, her hospital had fewer ICU patients, but now “they do not respond well under treatment so they do end up in ICU 90% of the times.”

Fri Dec 25 , 2020
Palm Beach, Florida — After tossing a grenade that threatens to blow up a massive COVID relief and government funding bill and force a government shutdown in the midst of a pandemic, President Trump spent the day before Christmas golfing in Florida. Failure to agree on the bill could deny […] 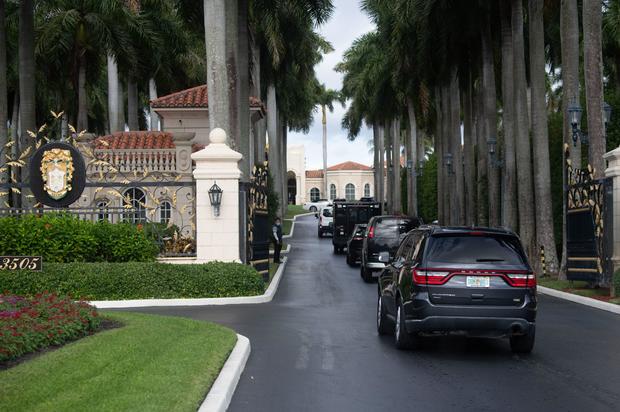