LONDON (Reuters) – George Russell, yet to score a point for his struggling Williams team in the real world of Formula One, celebrated a virtual Spanish Grand Prix victory from pole position on Sunday.

The Briton took his first F1 esports win ahead of Ferrari’s Charles Leclerc, who collected a three second penalty for exceeding track limits on the penultimate lap.

That wiped out a similar sanction Russell had picked up.

“I am feeling ecstatic. I’m not used to this winning thing,” said Russell after taking the chequered flag in a race broadcast around the world and on F1’s own platforms.

“I’ve not done it for a long, long time so I dearly missed it,” added the 2018 Formula Two champion who had his F1 rookie season last year.

Former champions Williams have not won in the real world since Venezuelan Pastor Maldonado triumphed at the same circuit in 2012.

Leclerc, who had won two of the previous four races, took the lead from the second lap as Russell plunged to fifth.

Red Bull’s Alexander Albon moved up to second on lap four but then pitted on a risky two-stop strategy that was his undoing, with others opting for just one. The Thai finished fourth with the fastest lap.

McLaren’s Lando Norris yet again suffered technical problems with the Briton out after just seven laps.

In the soccer battle for bragging rights, Courtois took 12th place for Alfa Romeo while Aguero finished 14th for Red Bull and Melo 19th with Haas.

“It was fun racing with Sergio… he showed he’s really fast,” said Albon. “You can see with all the top athletes that they want to be the best they can be and they put so much effort in.”

Aguero, who finished ahead of Lewis Hamilton’s brother Nicolas, said he would love to do it again.

Sunday would have been the day of the real Spanish Grand Prix but that was postponed due to the COVID-19 pandemic that has stalled the championship.

The virtual series, with six current F1 drivers, has helped give fans some action.

“It’s getting ever more competitive. I think it started out as a little bit of fun to fill the time and now it’s a real race and badge of honour,” said watching former grand prix racer turned pundit David Coulthard.

Fauci to testify remotely before Senate committee this week

Sun May 10 , 2020
Dr. Anthony Fauci, the nation’s leading infectious diseases expert, will testify before a Senate committee Tuesday, his first appearance before Congress since March. Fauci will appear alongside Dr. Robert Redfield, the director of the Centers for Disease Control and Prevention (CDC), and other officials to discuss reopening the economy amid […] 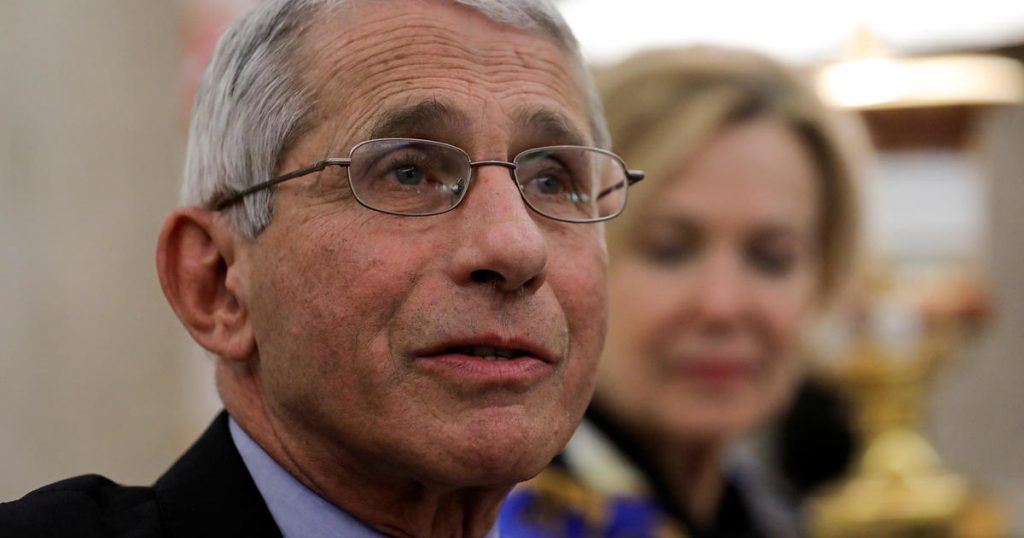