A video sign displays the logo for Roku Inc, a Fox-backed video streaming firm, in Times Square after the company’s IPO at the Nasdaq Market in New York, U.S., September 28, 2017.

Roku’s streaming business is growing faster than Netflix was at a similar stage in the company’s life, according to analysts at William Blair.

The firm said it expects Roku to reach 80 million active accounts by 2025.

“In our view, Roku will experience similar phased stages of international growth as Netflix did during its international expansion,” analyst Ralph Schackart said in a note to clients Tuesday.

Shares of Roku, which sells its own streaming devices with thousands of channels and also provides an operating system for smart TVs, have been on a tear this year, climbing nearly 370% since January.

Earlier this month, Roku topped expectations on its second-quarter earnings and said it reached 30.5 million active users during the quarter, up 39% from the same period last year and 1.4 million more than it had in the prior period. Schackart said Roku’s active account growth is tracking ahead of Netflix at parallel stage.

“Looking at Roku’s most recent nine quarters against those of Netflix in the beginning stages of Phase II, Roku, on average, achieved 9% quarter-over-quarter growth, compared with Netflix’s average of 8%,” Schackart said.

Alongside the 80 million active users, Schackart estimates Roku’s platform revenue will reach $4.5 billion by 2025, 89% of which will be earned domestically. That would mean average revenue per user will reach $58 by 2025, implying a compound annual growth rate of 16% from 2019 to 2025, the firm estimates.

William Blair is not the only investment bank that thinks Roku is a better bet than Netflix. Earlier this month Needham said Roku is poised to take a large chunk of the $70 billion U.S. television ad market while Netflix struggles with increased competition for subscriptions.

— with reporting from CNBC’s Michael Bloom 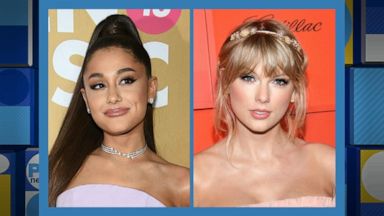