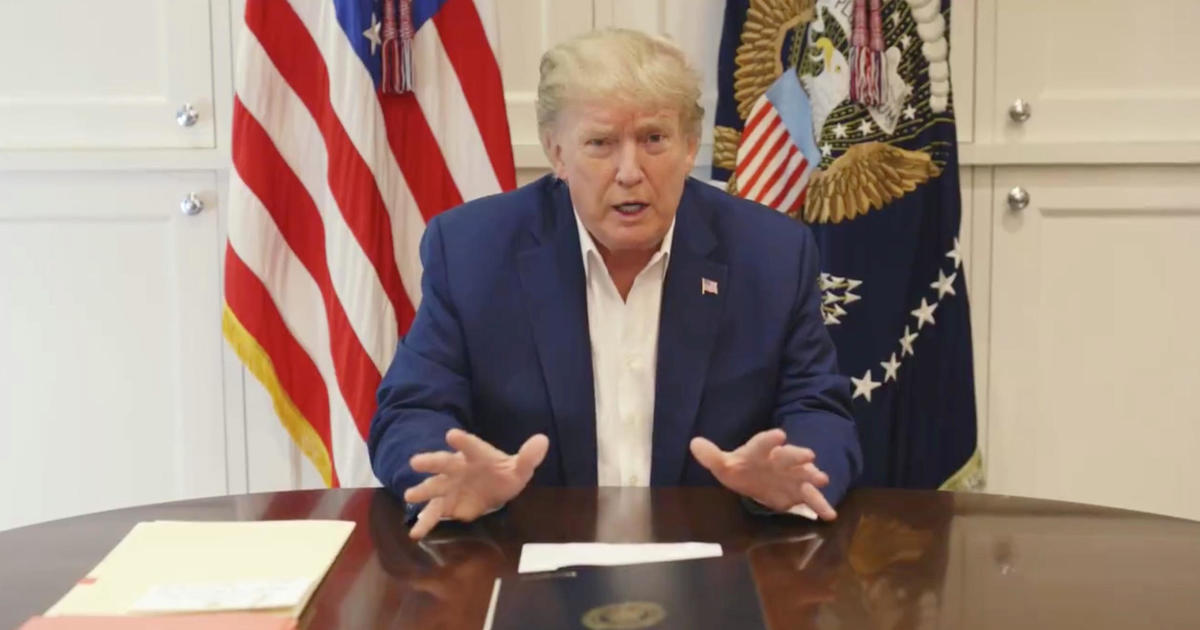 Thirteen workers at a Minneapolis steakhouse were quarantining after the restaurant catered a private fundraiser attended by President Donald Trump during his visit to Minnesota last week, the restaurant said Monday.

The food workers are employed by Murray’s Restaurant in downtown Minneapolis, which catered the fundraiser on Wednesday at the Lake Minnetonka home of Marty Davis, CEO of the quartz countertop manufacturer Cambria. About 40 contributors paid $200,000 a couple or $100,000 per person for the chance to meet the president and hear him speak.

Mr. Trump was set to be discharged from the Walter Reed National Military Medical Center on Monday evening after being treated for COVID-19. The president continues to be treated with dexamethasone, a powerful steroid recommended for use to treat severe cases of COVID-19.

Murray’s, a family owned restaurant since 1946, is famous as “Home of the Silver Butter Knife Steak.” It’s popular among the city’s movers and shakers and sports figures. A spokesman for the restaurant, Chuck Sanger, said the restaurant is still able to operate normally despite the quarantine.

Davis has not returned multiple messages from The Associated Press since the White House announced on Friday that the president had contracted COVID-19.

One guest at the Davis home in Shorewood, St. Paul philanthropist Helene Houle, said in an interview Monday that nobody got closer than six feet to the president. All the guests had to wait in their cars to get tested before then event, she said, and they weren’t allowed to go in until everybody tested negative.

“We got to have our photos taken with President Trump but we weren’t next to him, we were 6 to 8 feet away from him,” she said.

Then they took their assigned seats in the dining room, at some distance from the podium where Trump spoke. The tables were spread out, though the seating at each table was normally spaced, she said. Nobody was worried because they had all just tested negative, she said.

“He spoke for a good hour,” Houle said. “We could ask him any question we wanted. It was really a thrill to be in the presence of the president for me,” she said, adding that dinner wasn’t served until Trump had left for his rally that night in Duluth. “Everything was pretty top shelf. It was lovely. The food was good.”

Also Monday, two more prominent Minnesota Republican politicians who came close to Mr. Trump during his visit said they had tested negative. Minnesota Senate Majority Leader Paul Gazelka and U.S. Senate candidate Jason Lewis both issued statements saying they got their test results back Monday. Both were part of the committee that greeted Trump as he got off Air Force One in Minneapolis last Wednesday.

Three GOP congressmen who flew with Trump on Air Force One to his rally in Duluth and back to Washington — Reps. Tom Emmer, Pete Stauber and Jim Hagedorn — reported Friday that they had tested negative.

Others who are often in close proximity to Mr. Trump have tested negative, including Vice President Mike Pence, Ivanka Trump and Jared Kushner.

Mr. Trump said in a tweet Monday that he would be leaving Walter Reed at 6:30 p.m. ET.

“Feeling really good! Don’t be afraid of Covid. Don’t let it dominate your life. We have developed, under the Trump Administration, some really great drugs & knowledge. I feel better than I did 20 years ago!”

Tue Oct 6 , 2020
Washington — President Trump attempted to downplay the severity of COVID-19 on Monday as he prepared to leave Walter Reed National Military Medical Center, tweeting Americans need not “be afraid of COVID.” At nearly the same time, the nationwide death toll surpassed 210,000, according to a tally from Johns Hopkins […]