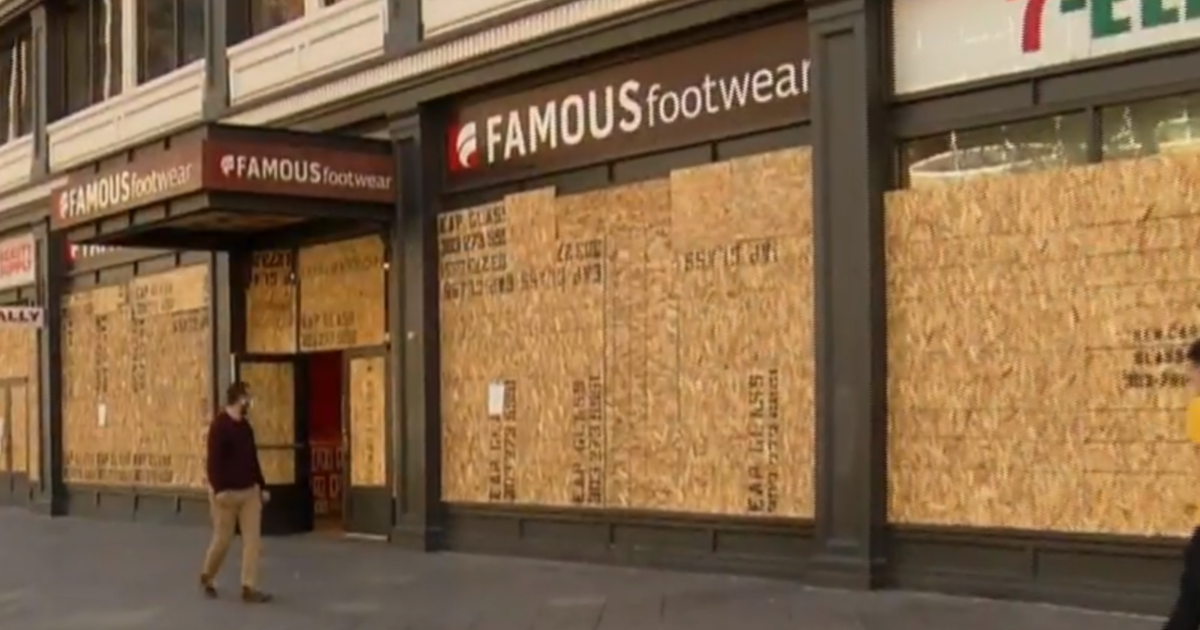 In cities across the country, business owners are boarding up and bracing for possible unrest on election night. An independent report finds that five states are especially at risk for civilian militia activity the week surrounding Election Day: Oregon, Wisconsin, Michigan, Pennsylvania and Georgia

While officials are not aware of any specific threat, a volatile campaign season combined with national racial tensions and the coronavirus pandemic has left them worried about the possibility of unrest, regardless of the election’s outcome.

In Washington, D.C., a new steel fence went up around the White House Monday in anticipation.

New York City law enforcement is planning to clear out trash cans in some areas and suggested that some restaurants remove outdoor furniture that could be used as projectiles, CBS News’ David Begnaud reports. Businesses there and across the country have boarded up and even hired private security.

“We just boarded up over the weekend… in preparation for what may or may not happen after the election,” New York resident Jim English said.

English is the general manager of Warehouse Wines and Spirits in Manhattan. His store was looted during protests following the death of George Floyd.

“It was almost $200,000 worth of damage,” he said. “I did not feel particularly safe then. I don’t think that they could allow that same response to happen again without people in the city just saying, like, ‘I don’t feel safe.’ So I hope that they are monitoring the situation.”

The NYPD said it will work with 40 agencies to monitor activity in its Joint Operations Center.

“In the days following the election, we will have additional officers ready to respond to any type of incident,” Chief Terence A. Monahan said in a video posted to Twitter.

On Monday, vandals targeted the Democratic Party headquarters in Houston, spray painting the windows with the words: “Elections no… revolution yes.”

“Violence is never the answer,” Brown said. “We can all do our part this week by staying calm, cool and collected.”

Because of the coronavirus pandemic and the large number of mail-in ballots, officials are urging patience as people wait for results to return.

Tue Nov 3 , 2020
Stocks jumped on Tuesday as investors hoped a clear winner would emerge from the U.S. presidential election and a delayed, or contested, result would be avoided. The Dow Jones Industrial Average traded 650 points higher, or 2.5%. The S&P 500 gained 2.2% and the Nasdaq Composite advanced 2%. Shares of […] 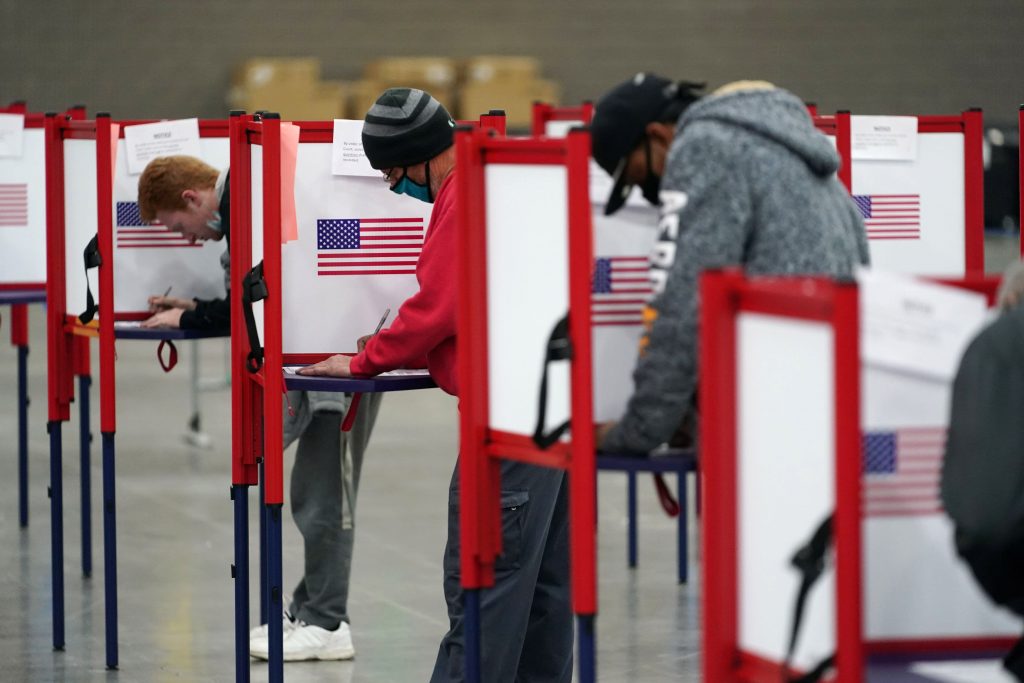